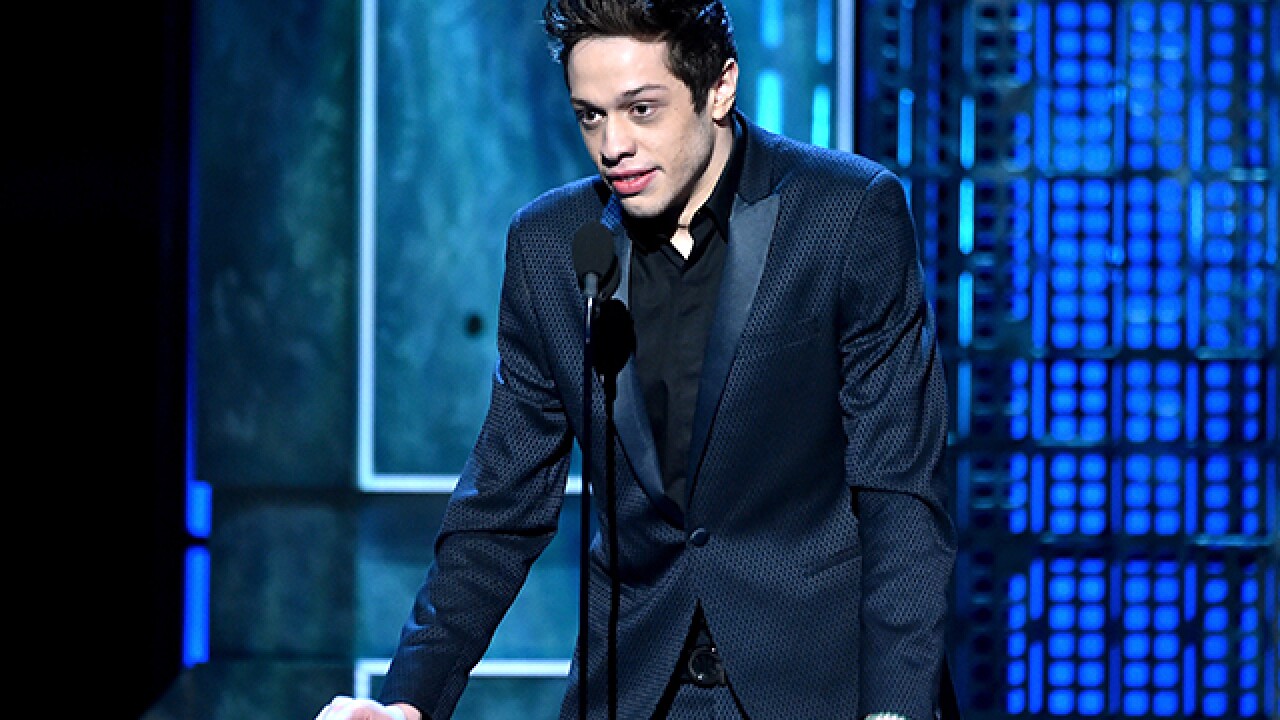 NEW YORK (AP) — New York City police were concerned about Pete Davidson after he wrote "I don't want to be on this earth anymore" on Instagram. And they visited the "Saturday Night Live" star to make sure he was OK.

A police spokesman declined to say where officers met with Ariana Grande's ex-fiance on Saturday. But his Instagram posting was deleted and NBC did not cancel its live show.

What alarmed Davidson's fans and authorities was the tone of the entertainer's post: "I'm doing my best to stay here for you but I actually don't know how much longer I can last. All I've ever tried to do was help people. Just remember I told you so." He added a heart emoji.

Social media erupted with words of love for the 25-year-old comedian and native New Yorker who first appeared on "Saturday Night Live" in 2014. And his name is trending on Twitter.

One admirer tweeted "hang in there. There is a lot of help out here. Surrender to some love ... I'm praying for you Pete. I've been there. It gets better."

Earlier this month, Davidson wrote on Instagram that he has spoken about borderline personality disorder from which he says he suffers, "and being suicidal publicly only in the hopes that it will help bring awareness and help kids like myself who don't want to be on this earth.

"No matter how hard the internet or anyone tries to make me kill myself. I won't. I'm upset I even have to say this."

Davidson and Grande were engaged in June, but broke up earlier this fall.

In November, Davidson apologized for mocking the appearance of a veteran who lost an eye in Afghanistan.

He said Lt. Com. Dan Crenshaw, now a congressman-elect from Texas, "deserves all the respect in the world."

On SNL's "Weekend Update" segment , Davidson was joined by Crenshaw, a Navy SEAL.

Crenshaw, a Republican who won a House seat in the 2018 midterm elections, took some joking shots at Davidson. And when his cellphone rang, the tone was "Breathin" by Grande.

Crenshaw got serious at the end, encouraging civilians and veterans to connect and paying tribute to heroes like Davidson's father, a firefighter who died in the 9/11 terror attacks.