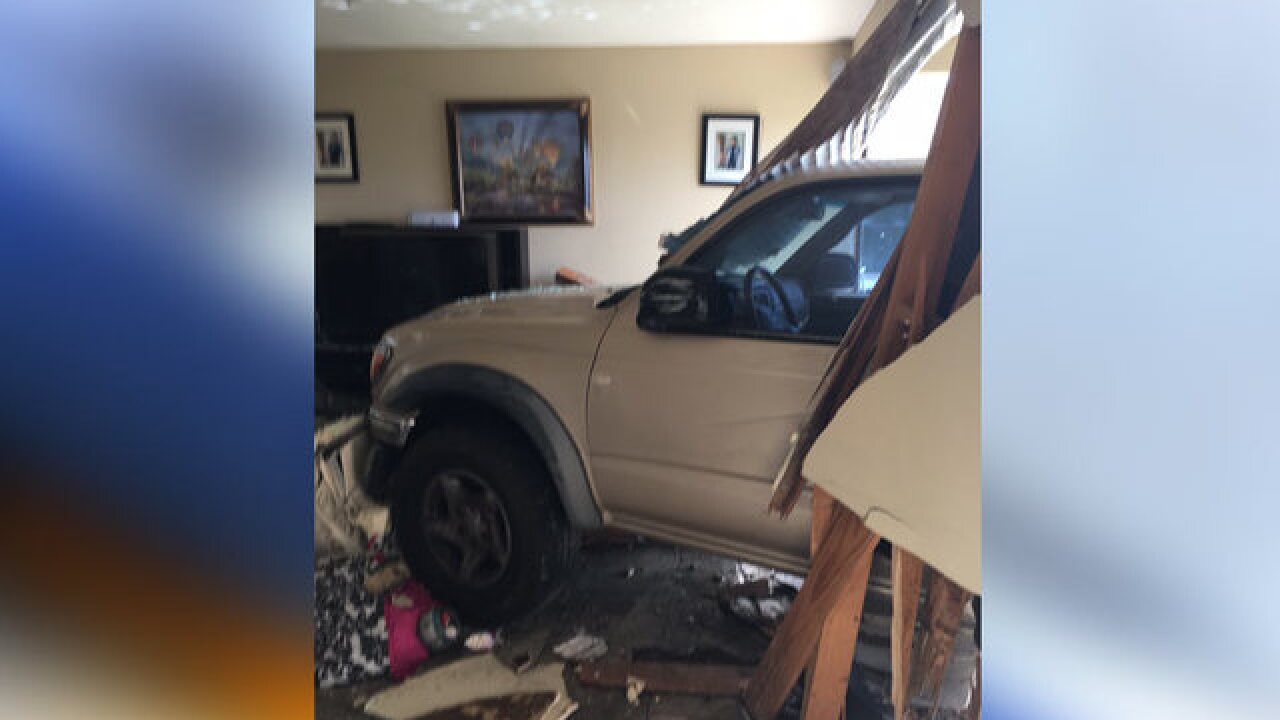 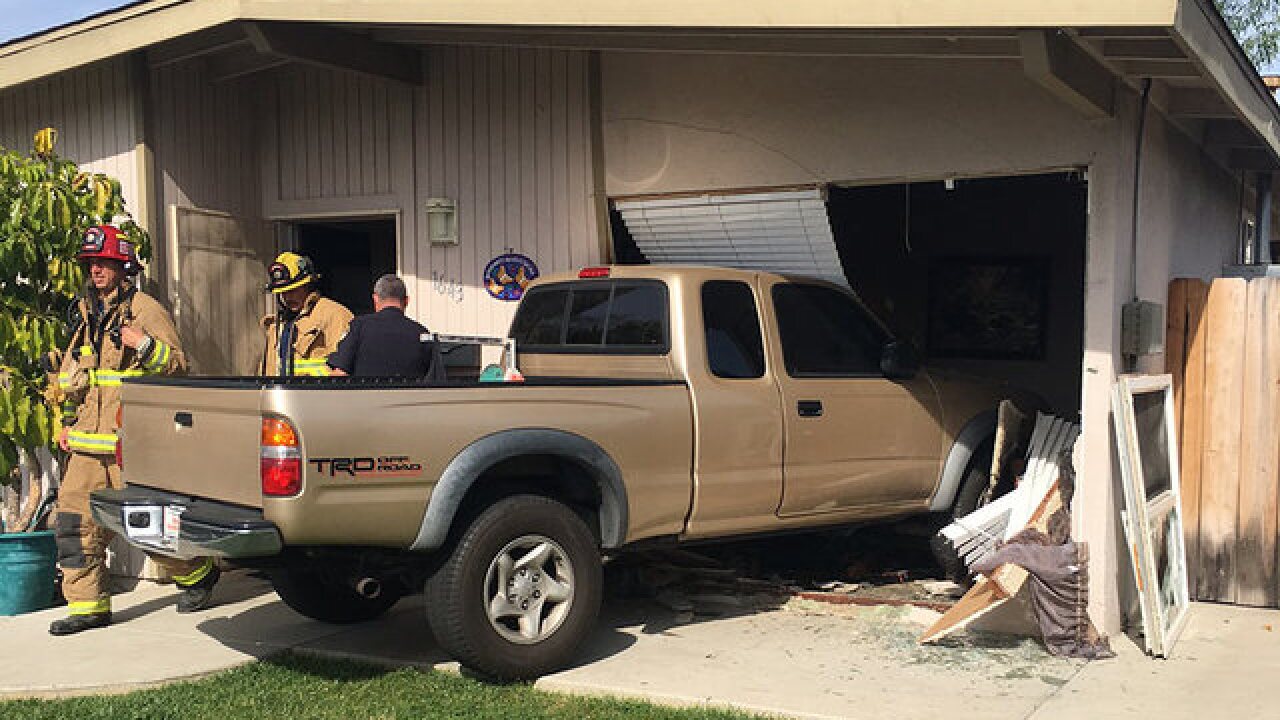 ESCONDIDO, Calif. - A burglary suspect earned a trip to jail by way of a hospital Wednesday when he allegedly led police on a brief high-speed chase through Escondido in a stolen truck and then bailed out of the still-moving vehicle, sending it crashing into a home.

The pursuit began in the 200 block of North Midway Drive, where officers went about 1:30 p.m. to arrest 32-year-old Antelmo Cruz in connection with a recent home-invasion crime, Sgt. Craig Miller said.

Before the personnel could contact the suspect, they saw him get into a tan 2001 Toyota pickup and drive off to the south, Miller said. The officers tailed him, and when they tried to pull him over he refused to yield, the sergeant said.

The speeding suspect fled to the west on East Grand Avenue for about six blocks before turning right onto North Rose Street and then heading back to the east on nearby Cherry Place, a short road that ends in a cul-de-sac, Miller said.

Approaching the dead-end, Cruz jumped out of the truck, tumbling across the roadway as the vehicle rolled on and smashed into the front of a house. The pickup wound up about halfway inside an unoccupied bedroom, the sergeant said.

Officers were able to arrest Cruz, an Escondido resident, before he could make any further attempts to escape. The suspect was taken to an emergency room for treatment of scrapes and bruises.

No one else was injured in the crash, though an aquarium containing pet turtles was smashed apart when the truck plowed into the home. The only person in the home at the time, a 17-year-old boy, was out of harm's way in another room, Miller said.

Cruz was expected to be booked into county jail on suspicion of burglary, evading police and auto theft.