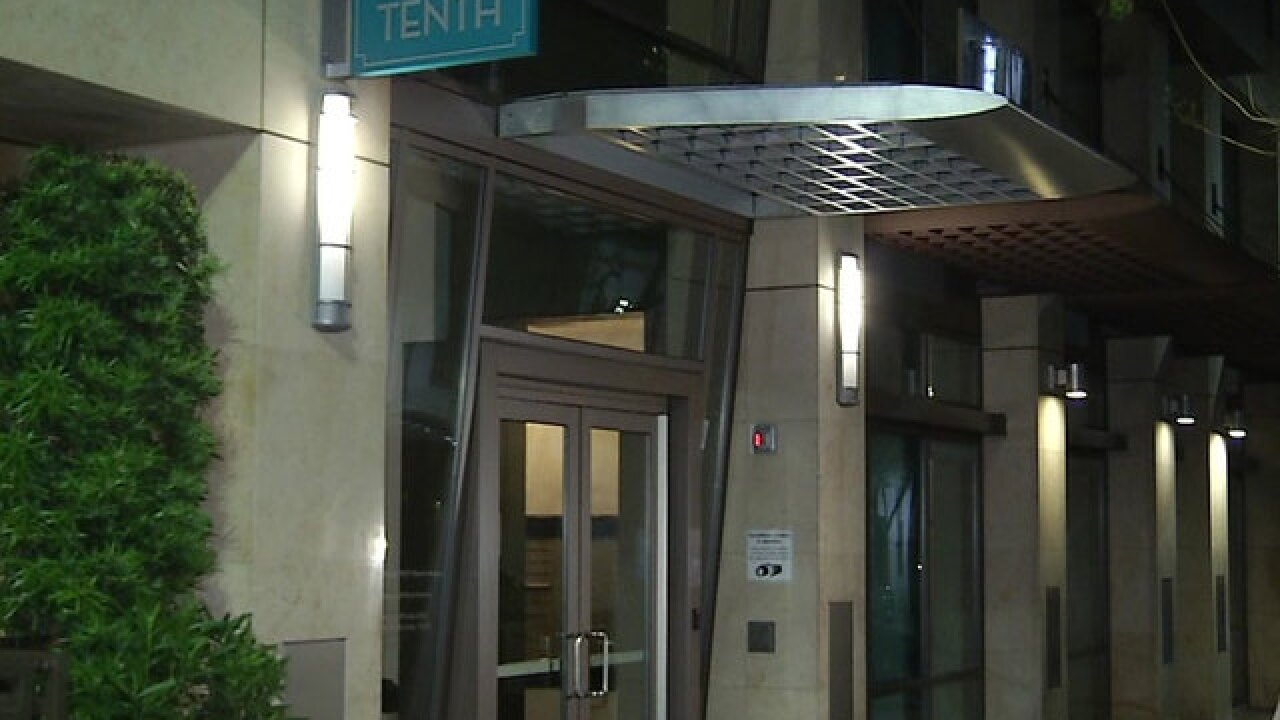 The incident happened late Wednesday evening at an apartment complex in the 700 block of 10th Avenue, according to police.

Police said the victim, who had been staying with friends in the building, walked into the complex and was confronted by the security guard in the lobby.

The guard apparently believed the victim did not belong there, police said.

An argument began in the lobby and continued to the elevator area, where police said the victim was stabbed three times by the guard.

The bleeding man fled the scene and entered a woman's apartment in an apparent attempt to hide from the guard. The woman ran to a friend's unit to call 911.

The security guard was arrested at the scene, and the victim was taken to the hospital with non-life threatening injuries.

“The whole celebration was for him to be like, ‘Hey, congrats man. You’re making moves as a young entrepreneur.’ This is not how the night was supposed to end,” said Hawkins.

Hawkins said they were celebrating at a nearby club. He said Jordan left to visit a friend at the apartment complex after midnight.

He panicked when he saw Jordan used Snapchat to send videos asking for help. The images show the 26-year-old laying in a pool of his own blood.

“Absolute terror bro, like I’m not going to lie,” recalled Hawkins. “I don’t get shook too easy but watching a snap and not knowing and seeing that amount of blood. I mean that was not a little cut. That was a huge amount of blood and then to see a grown man crying and asking for help, there’s a million different scenarios that go through your head and none of them are positive.”

“He’s an amazing guy. He’s a father of two, he’s an ex-Marine, he is a college graduate with his bachelor's.”

Ironically, Hawkins said Jordan just left a job as a security officer after getting his new contract.