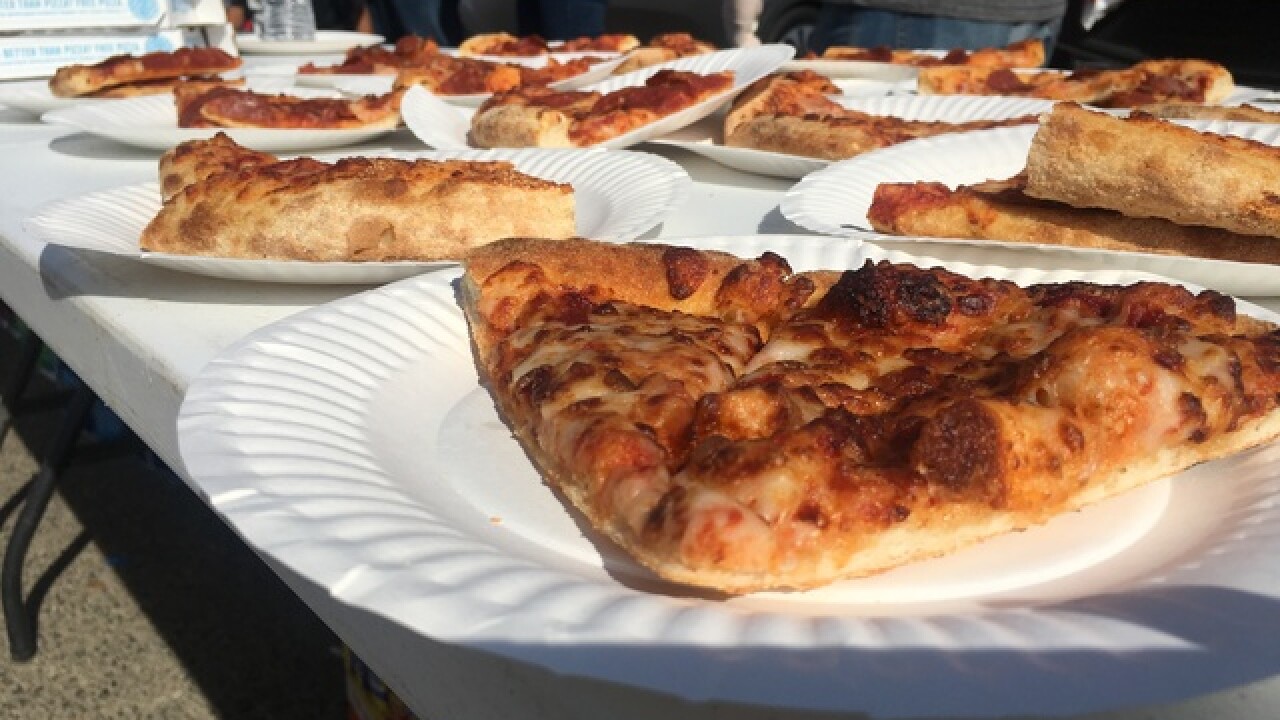 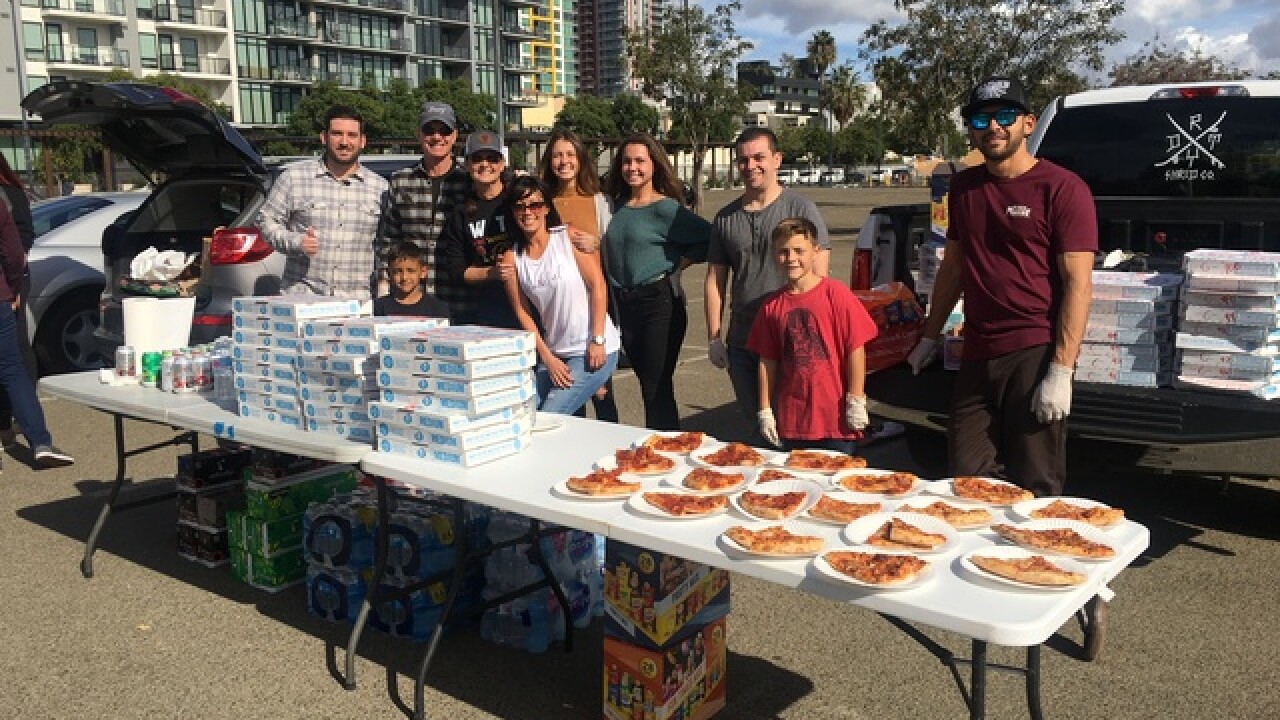 SAN DIEGO (KGTV) - A San Diego man was walking downtown to his apartment with a pizza Thanksgiving Day, about to spend the evening alone, when he met a gentleman who asked for a slice.

The two sat down, shared the pizza and a conversation. The man who bought the pizza, Broc Costa, said the conversation with the homeless man was enlightening. He learned the man was a veteran trying to get mental health services in California, splitting his time between San Diego and Arizona where his wife and kids live.

He said it was too expensive to live or buy a hotel room here so he was on the street. "To be blunt, we're all about one or two paychecks away from being in the same situation," Costa said.

So next year he bought 5 pizzas to hand out, the next 20 and the year after that, 20 more.

This tradition started 7 years ago.

Now Costa's raising money and sending volunteers across the county to deliver pizzas to homeless where they reside.

"It would be really cool for him to see what he started, because he's just as important in this as I was," Costa said he wishes him the best.

This year they're at Petco Park's tailgate parking lot near the pedestrian bridge, in Escondido and Pacific Beach delivering more than 50 pizzas and serving 500 to 1,000, according to Costa.