PHOTOS: Life on US aircraft carrier in ISIS war 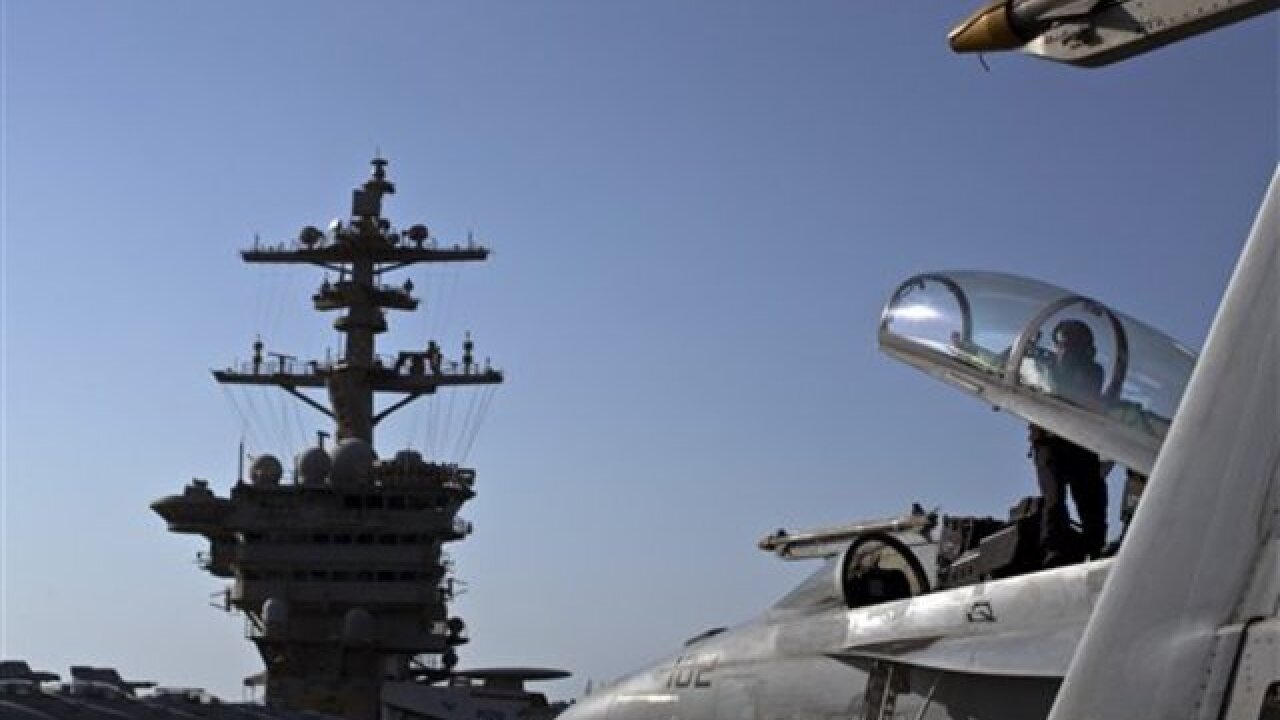 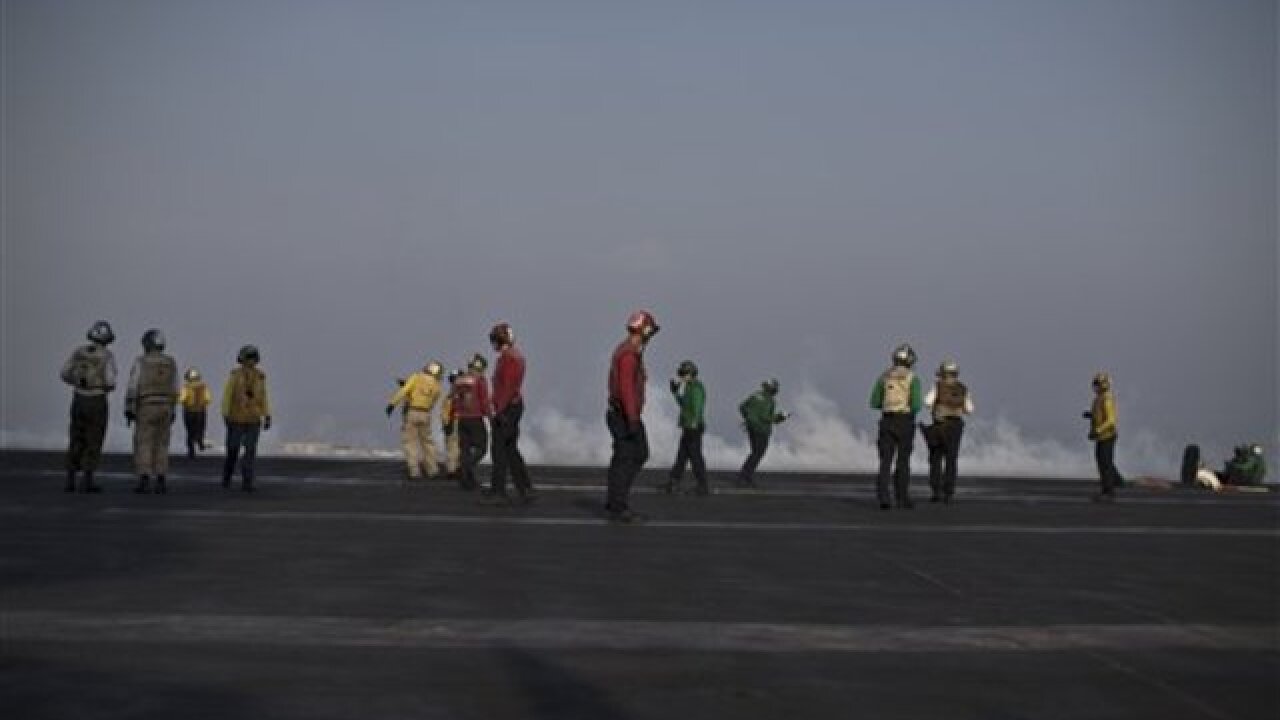 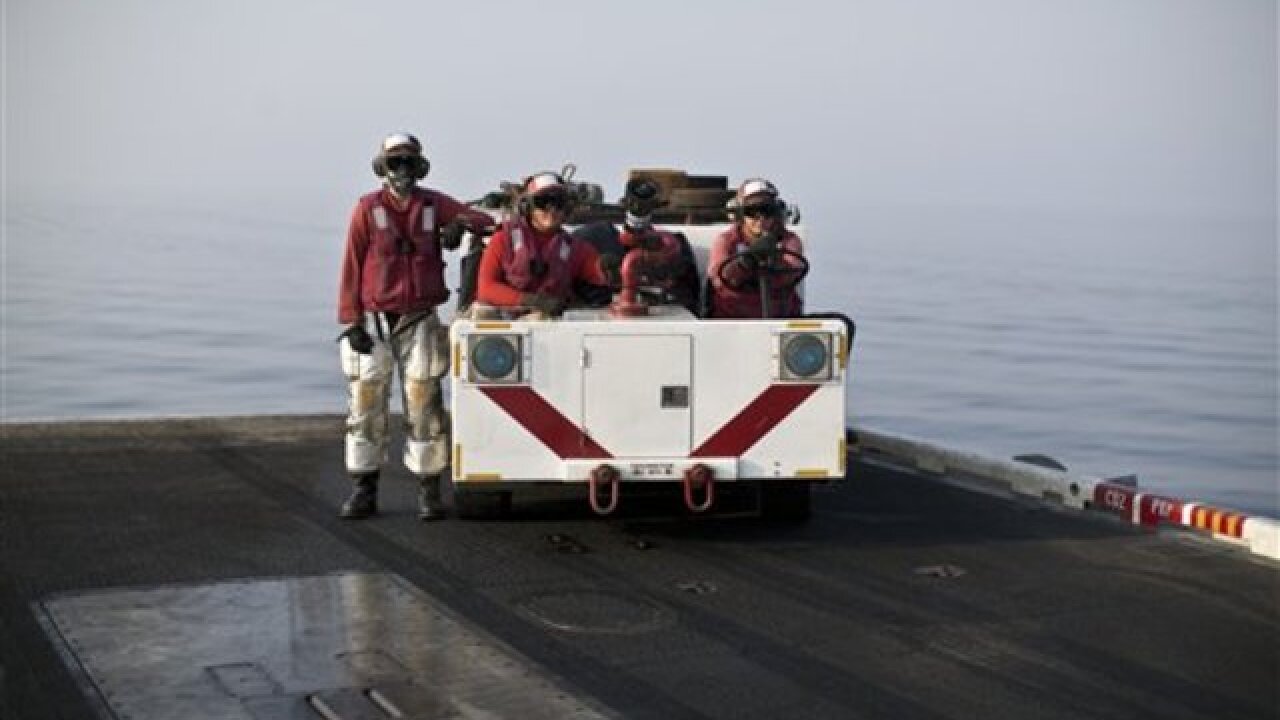 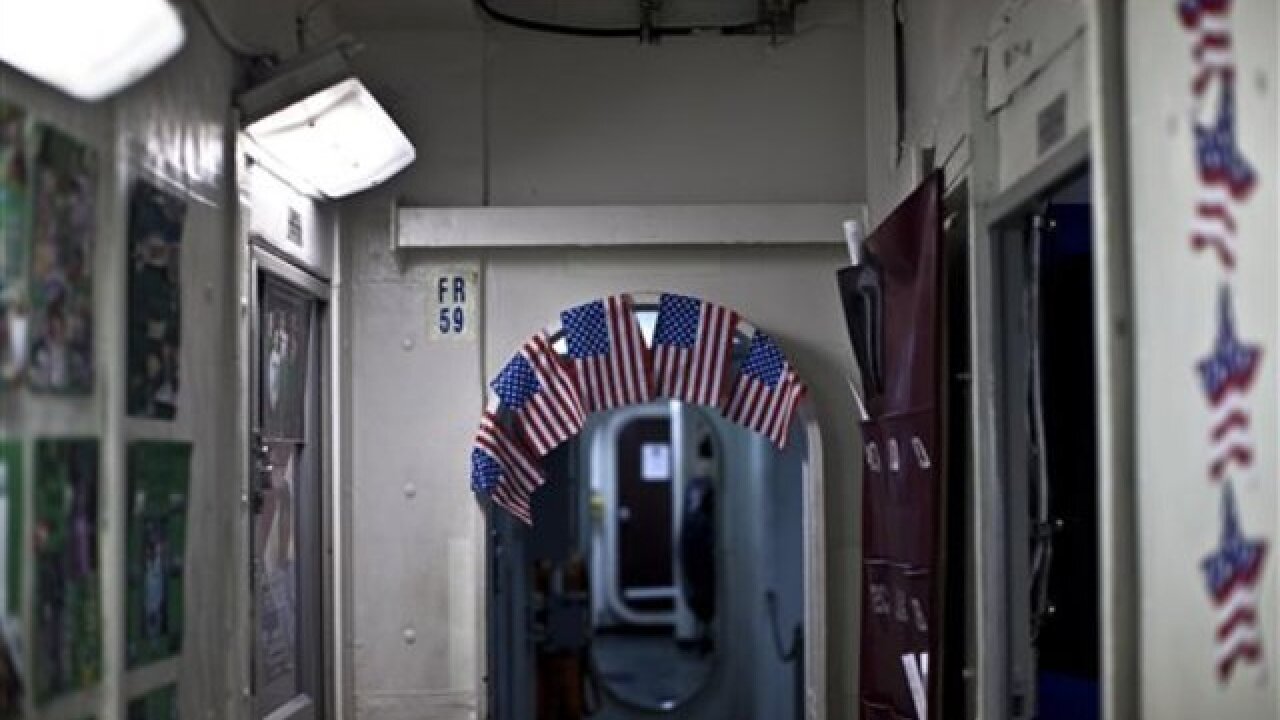 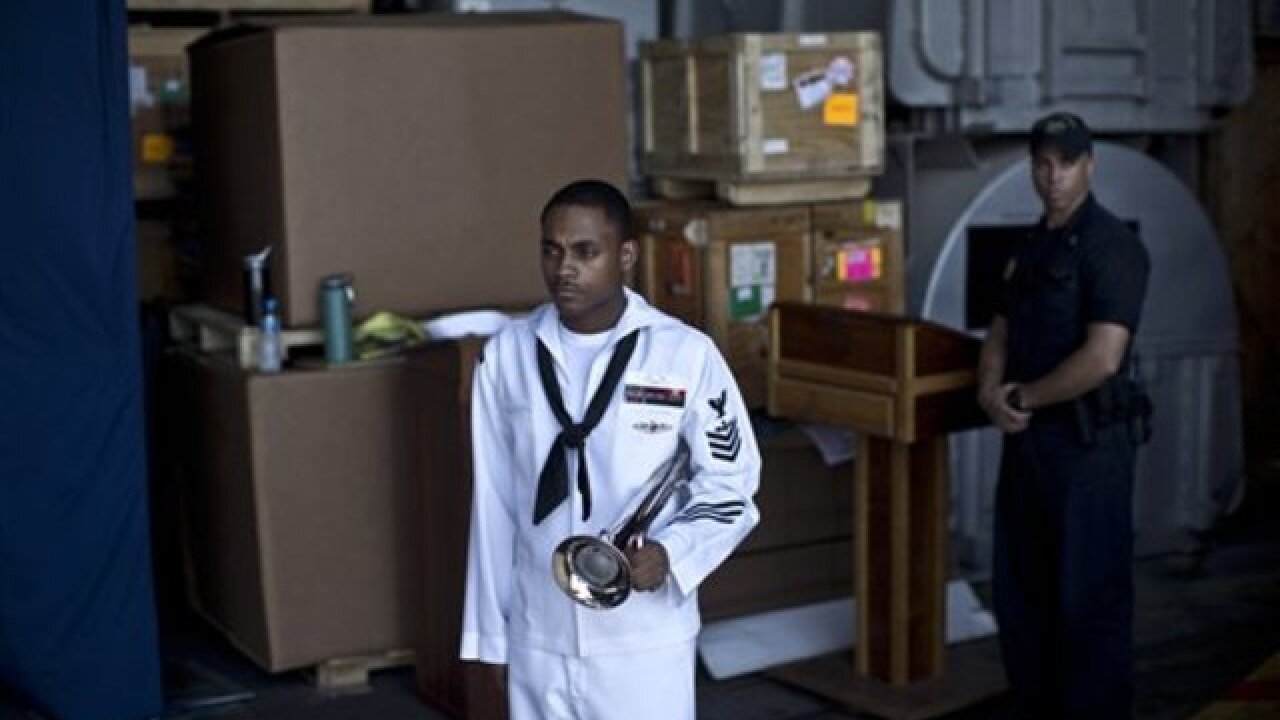 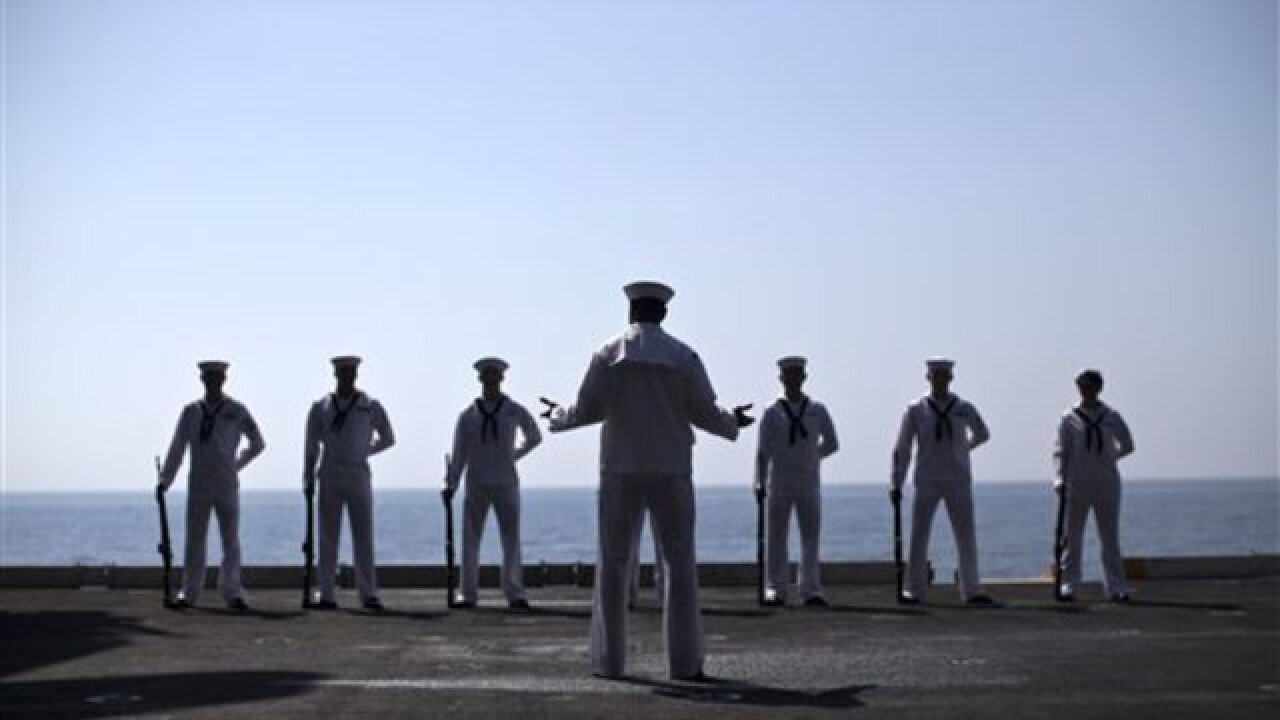 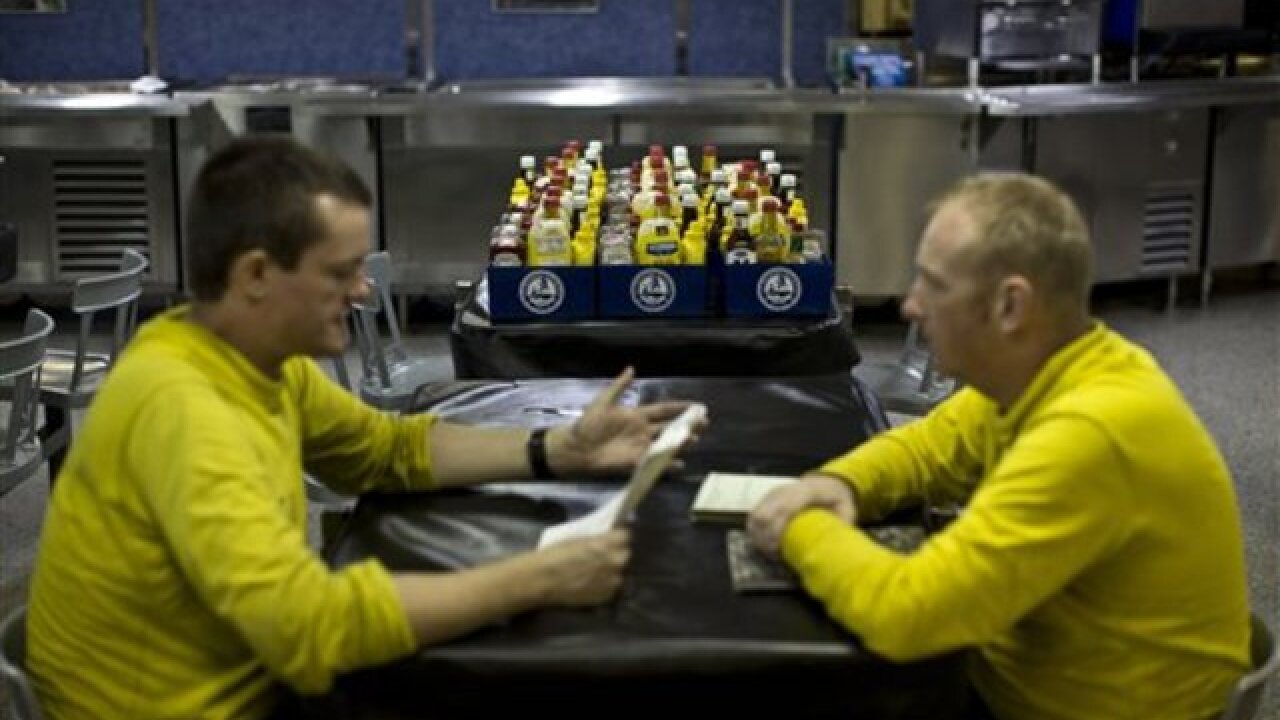 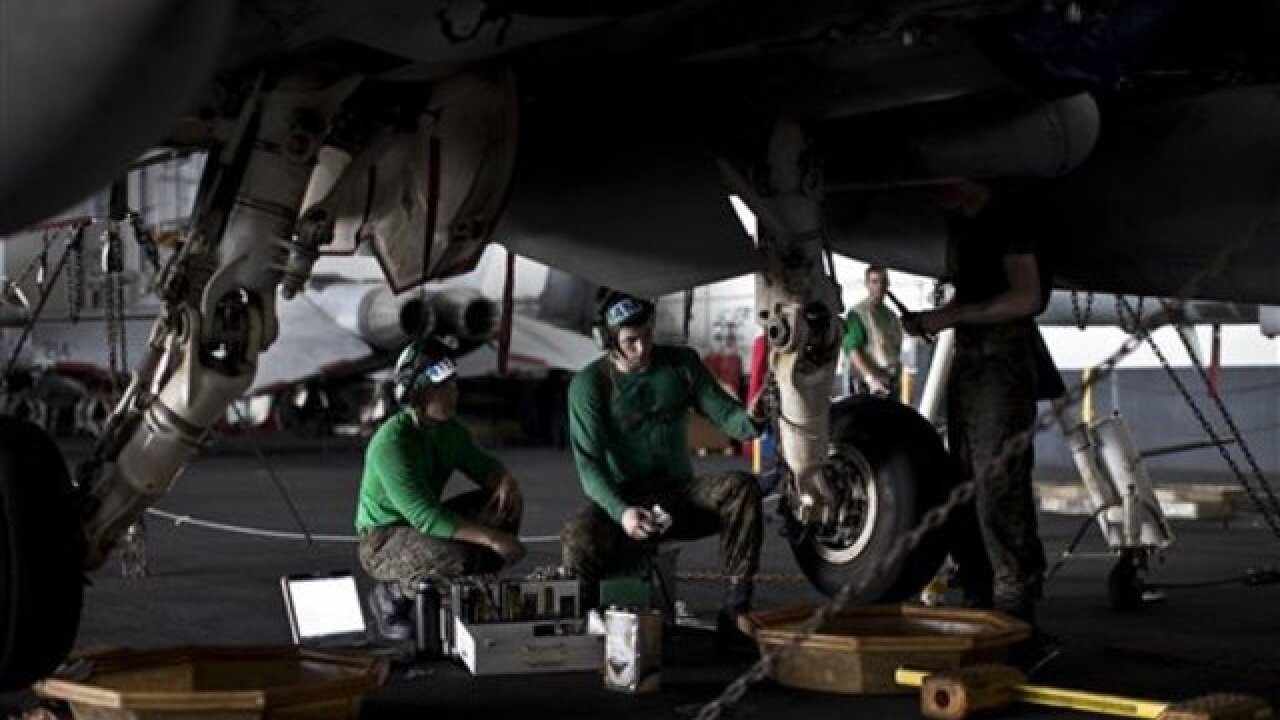 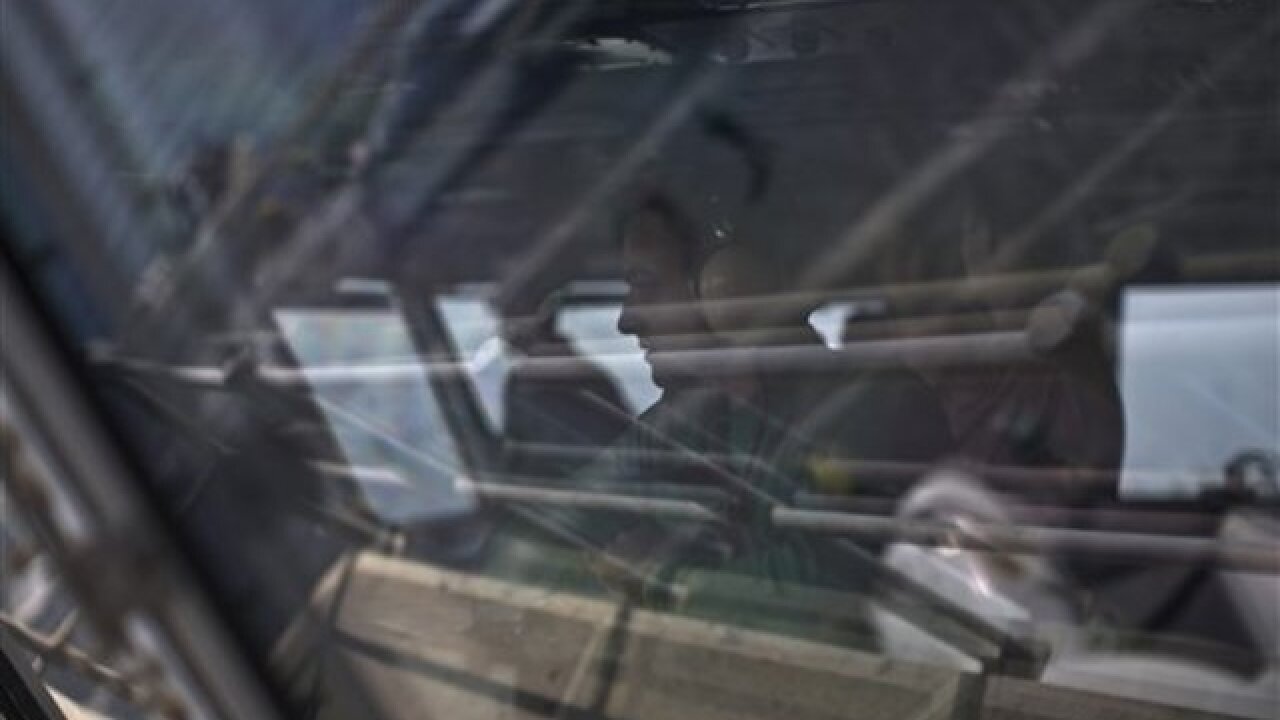 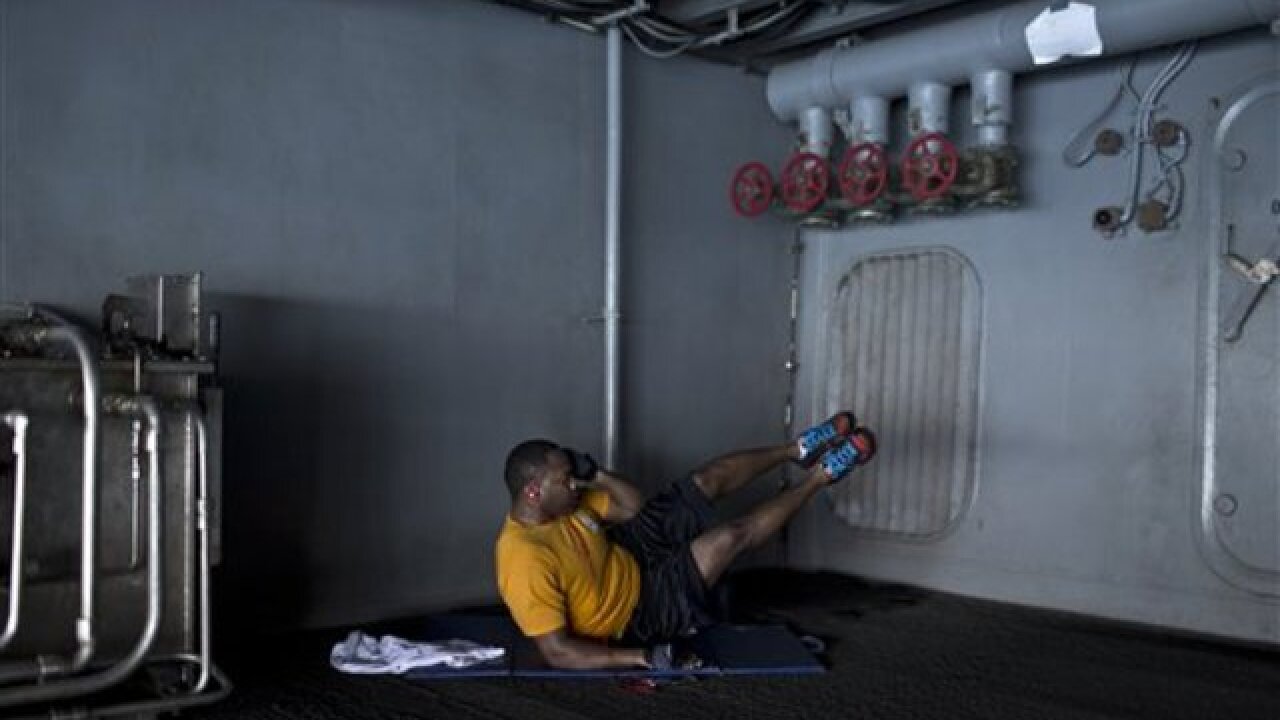 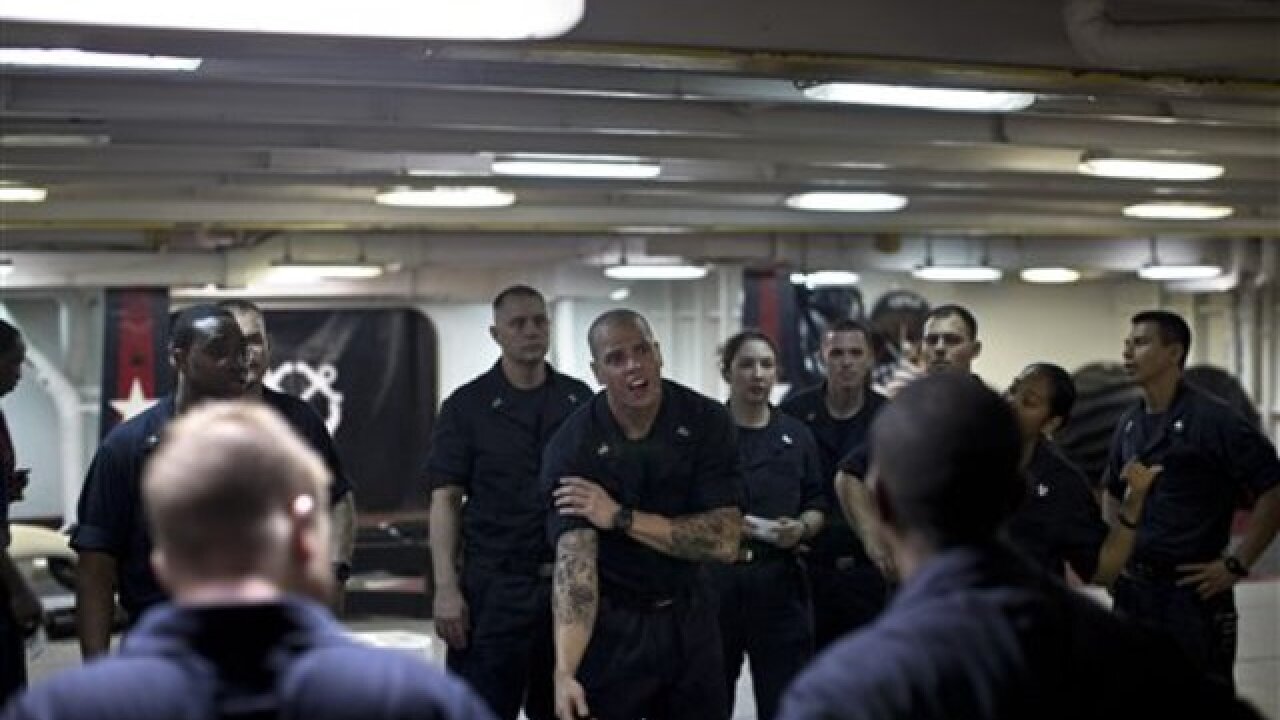 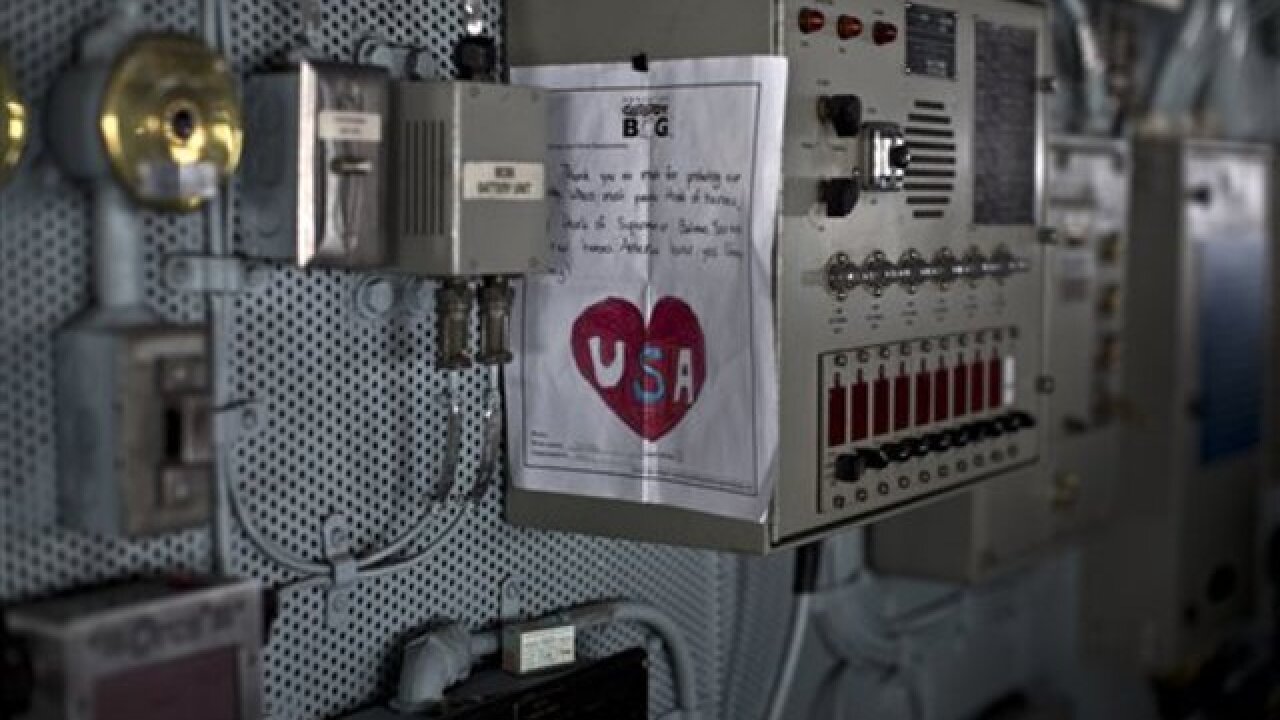 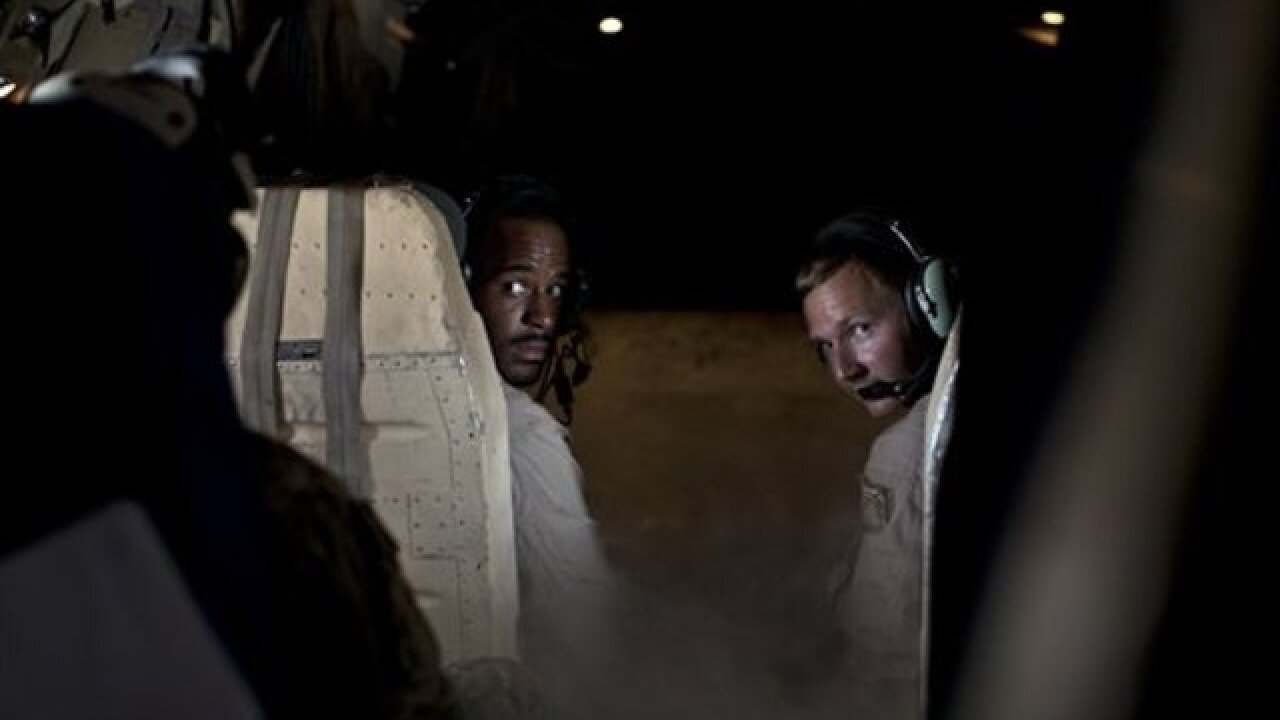 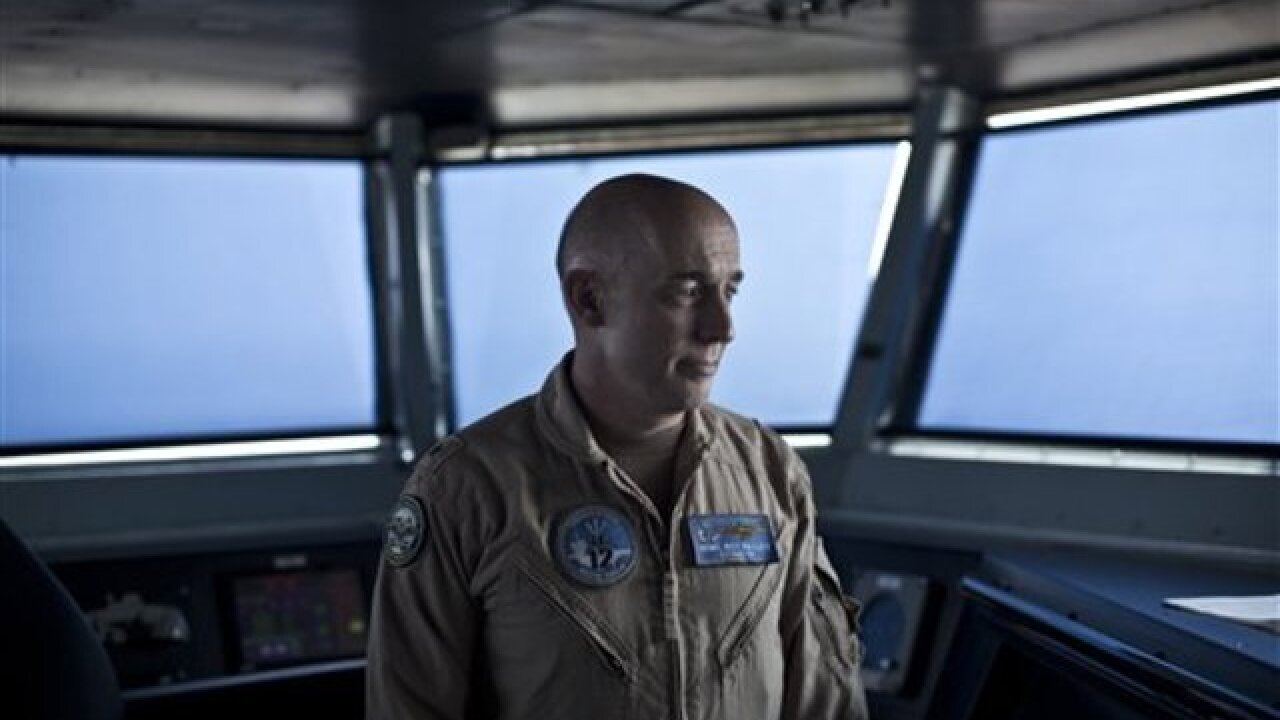 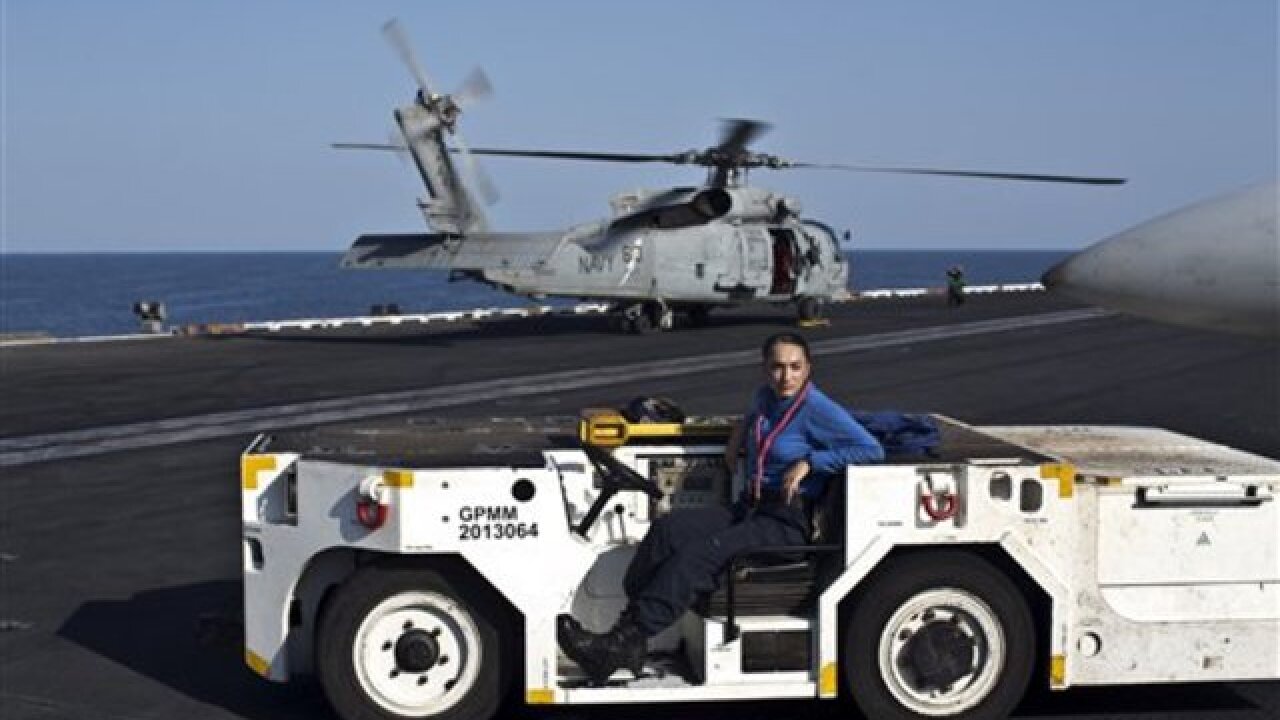 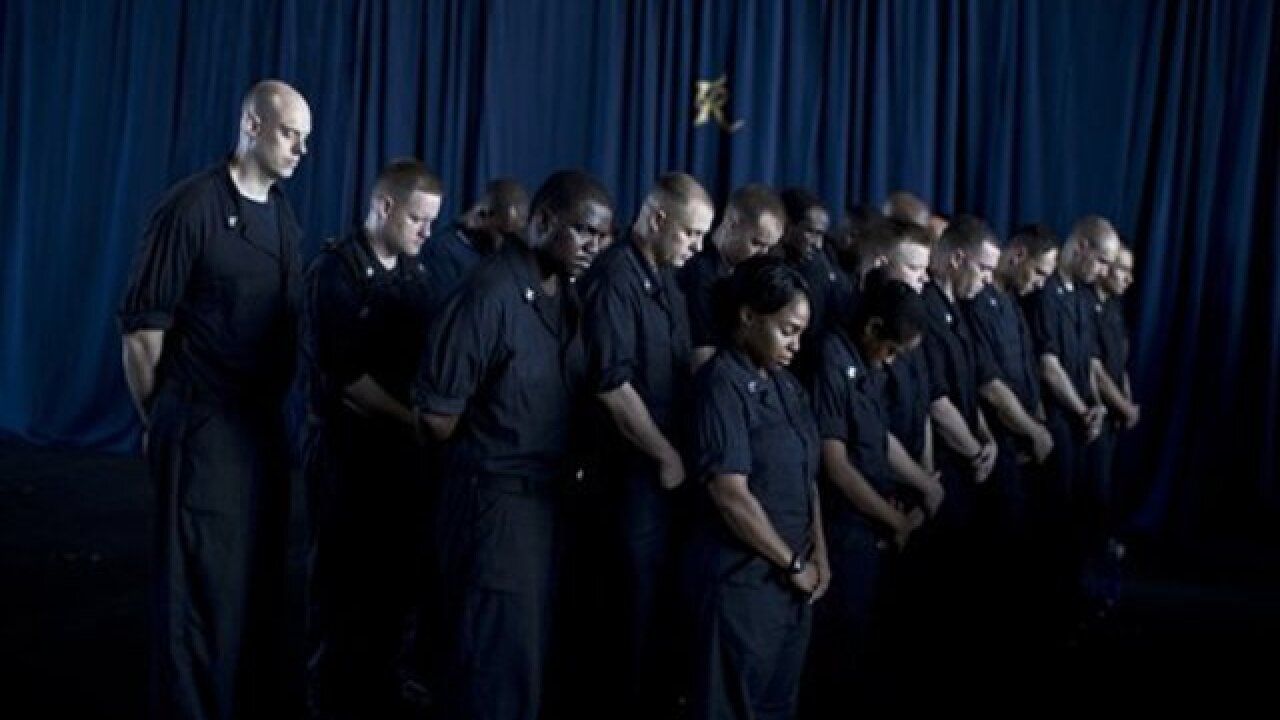 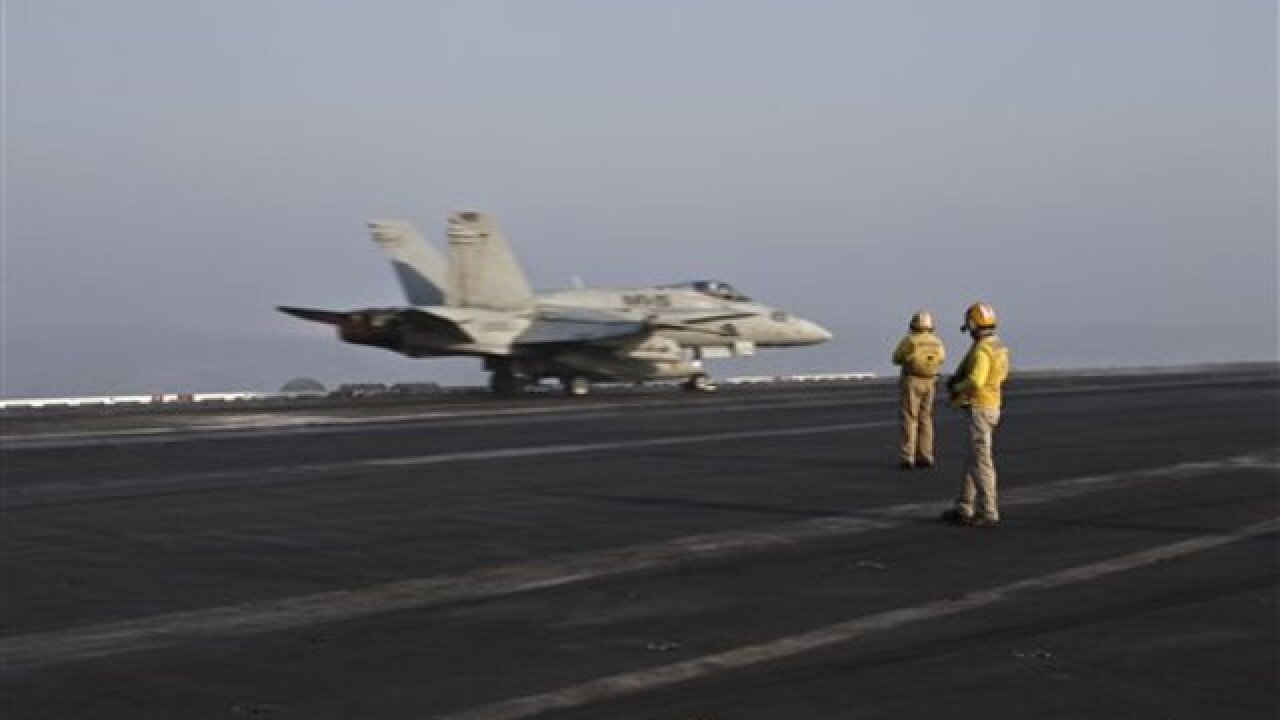 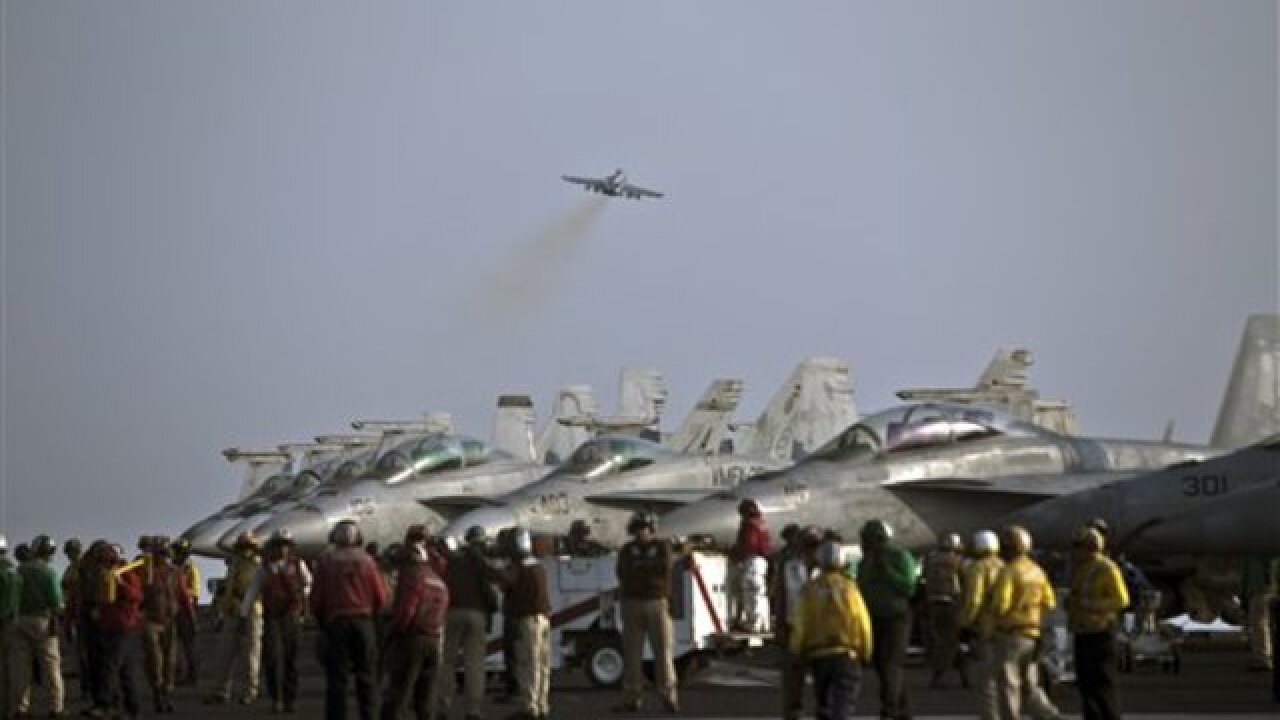 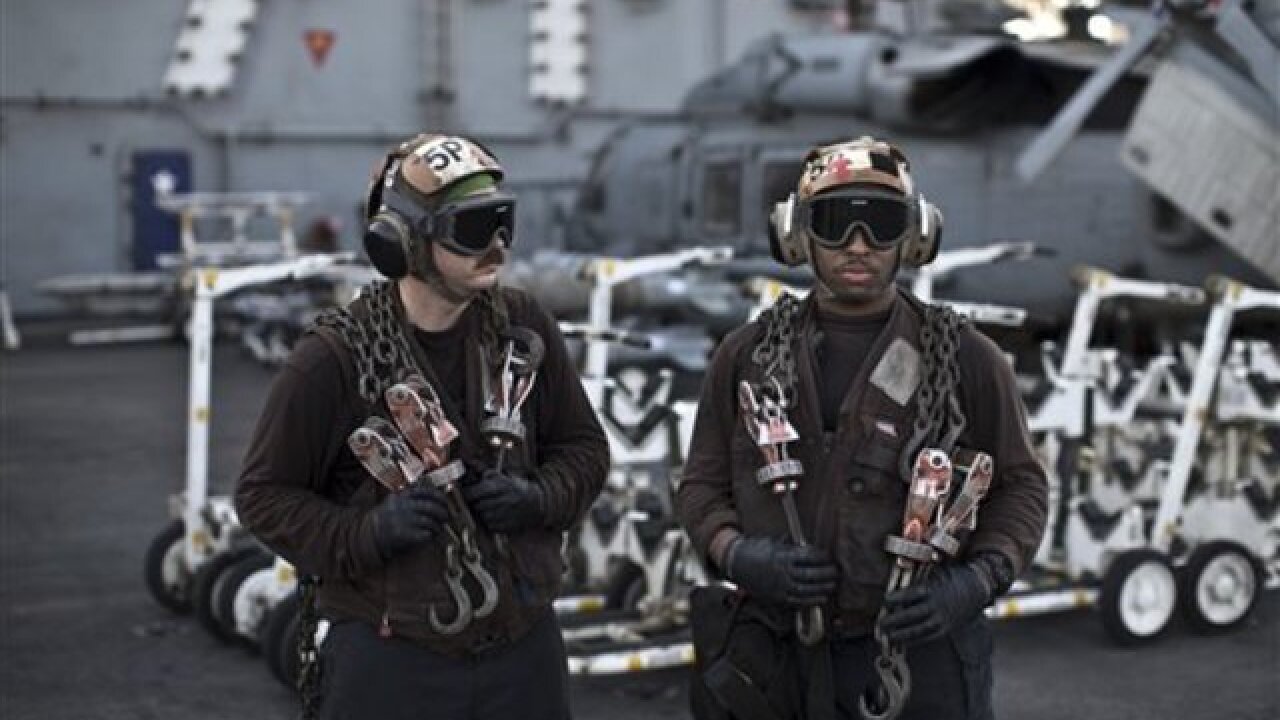 ABOARD THE USS THEODORE ROOSEVELT IN THE PERSIAN GULF -- Every day, the steam-powered catapult aboard this massive aircraft carrier flings American fighter jets into the sky, on missions to target the extremist Islamic State group in Iraq and Syria.
The USS Theodore Roosevelt, whose homeport is San Diego is a key element of the U.S.-led coalition targeting the militants. This island of steel in the Persian Gulf some 1,090-feet (330-meters) long is home to some 5,000 U.S. Navy airmen, sailors and Marine pilots, carrying some 70 aircraft involved in the fight against the extremists.
Coming in for landing on its 4.5-acre flight deck feels like nothing else; the plane's tail hooks catch trap wires and screech the aircraft to a halt in about two seconds — rushing so much blood to the heads of passengers and pilots that everyone briefly sees red.
"Ladies and gentlemen, welcome to the Big Stick!" crew members shout on arrival, referring to the 20-story tall aircraft carrier's namesake, the U.S.' 26th president known for the saying: "Speak softly and carry a big stick."
Below deck is a complex set of passageways and tunnels, hangars and sailors' quarters, gyms and mess halls, engine rooms and offices. Painted murals bear fighter squadron insignia, U.S. flags, the cartoon figure Popeye and other patriotic imagery.
Pilots onboard have flown missions into both Iraq and Syria, part of the over 6,800 airstrikes carried out by the coalition since August 2014. Some 20 percent of all coalition strikes come from aircraft launched from the nuclear-powered Roosevelt.
Though naval officers declined to discuss their operations in detail with an Associated Press team invited onboard, many missions now target the Islamic State-held city of Ramadi in Iraq to support local forces trying to retake it. Each mission requires hours of preparation, those involved say.
"We don't just shoot from the hip, if you will," says Capt. Brandon "Wobbly" Wilkins, a Marine pilot. "And again we're not here to carpet-bomb the place and obliterate a nation. We're trying to do very specific things with our aircrafts to support the Iraqi mission."
Here is a series of photographs from AP photographer Marko Drobnjakovic's visit aboard the USS Theodore Roosevelt, which will return to the U.S. this fall.
Associated Press 2015