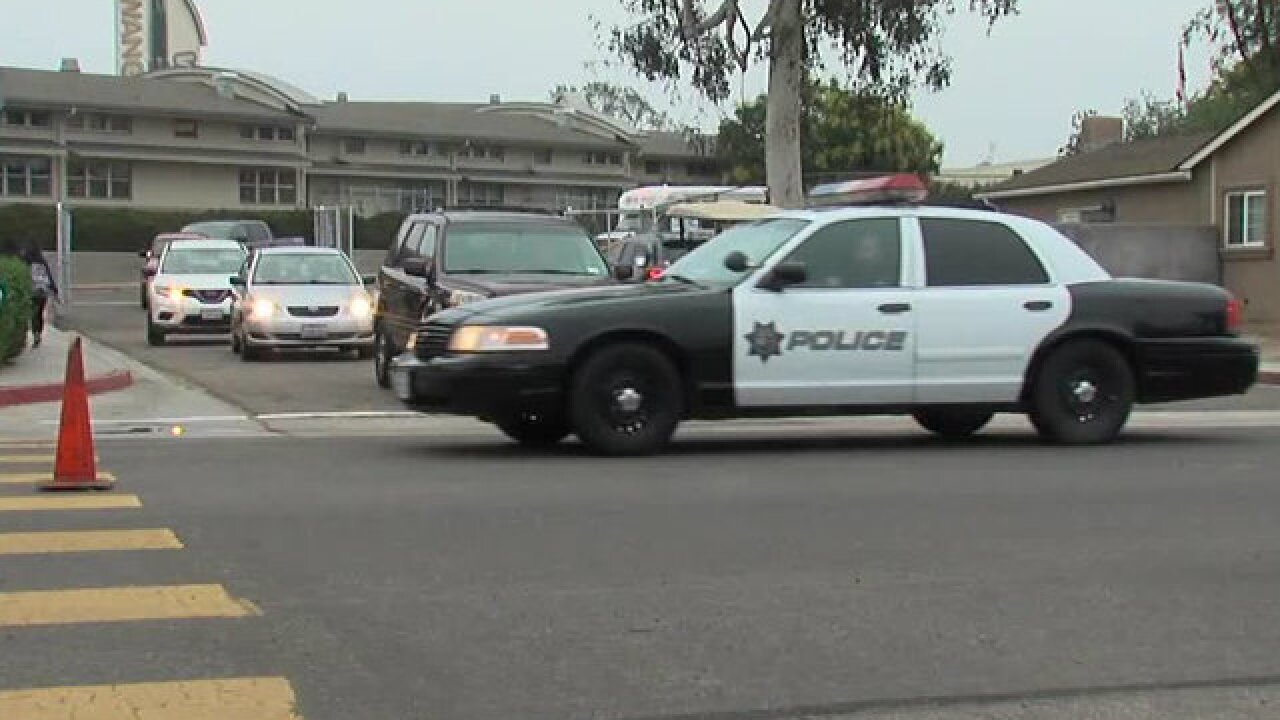 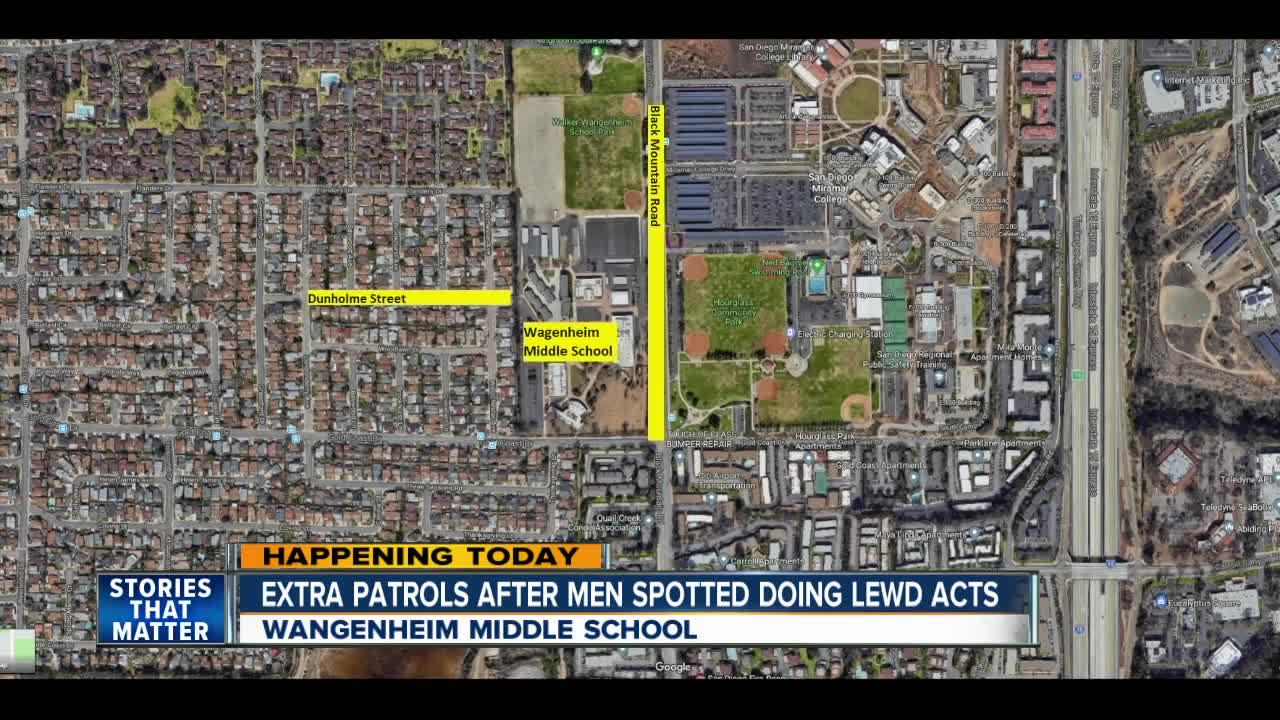 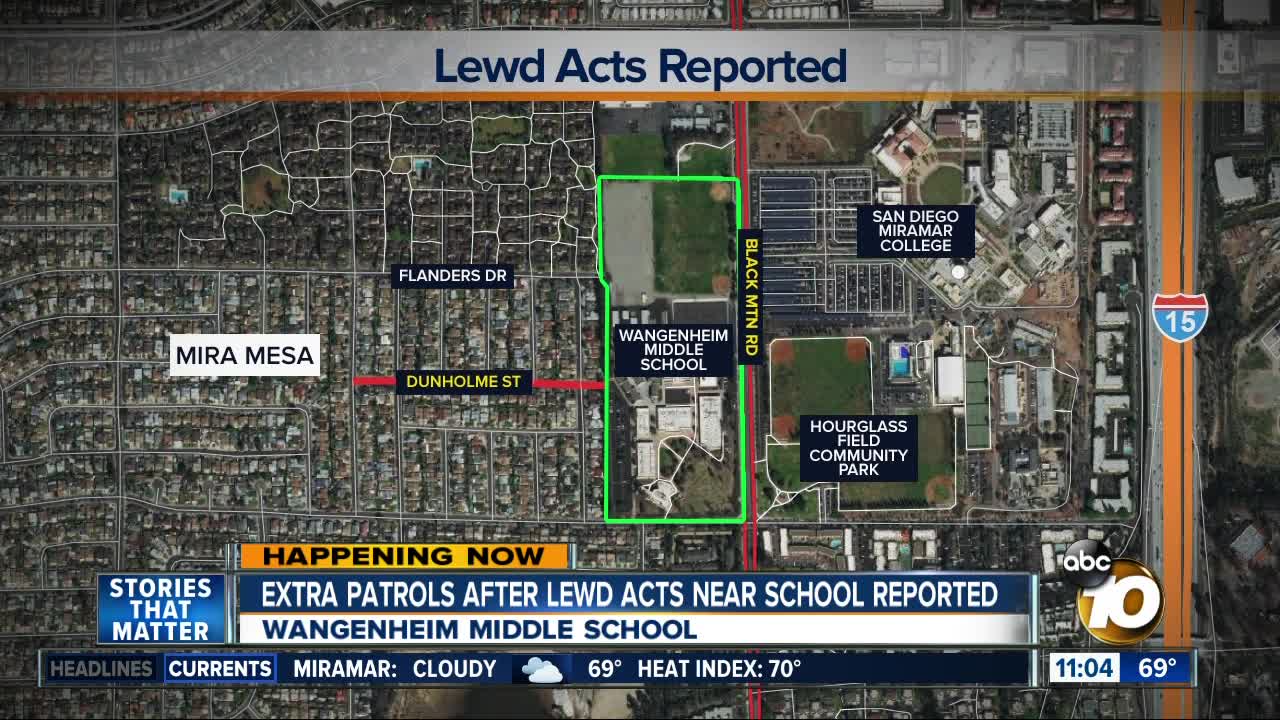 A letter sent by Wangenheim Middle School Principal Matt Fallon to parents notified them of two separate incidents that occurred Monday afternoon. The incidents were reported by students walking home from school and the reports are being investigated by school police.

According to the letter, one of the incidents happened on nearby Black Mountain Road at around 2:35 p.m. and it involved a man seen performing a lewd act inside a black Dodge sedan.

The next incident happened at around 2:42 p.m. on Dunholme Street and it involved a man performing a lewd act inside a navy blue sedan that is possibly a Honda. 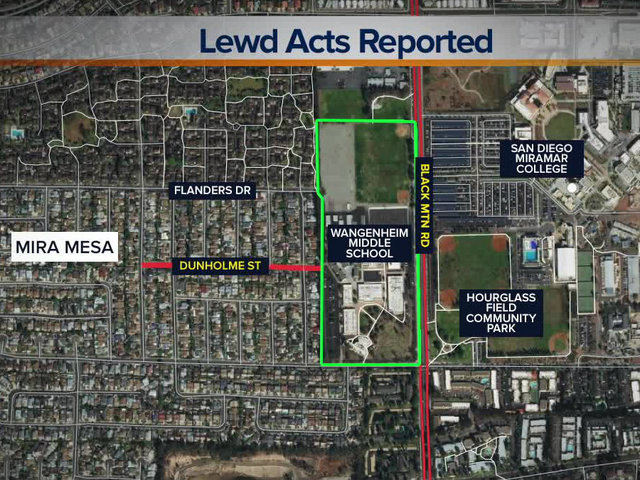 The school is located at 9230 Gold Coast Dr.

It was noted that no students were approached in either incident.

In the letter, Fallon informed parents of the increased school security around the campus.