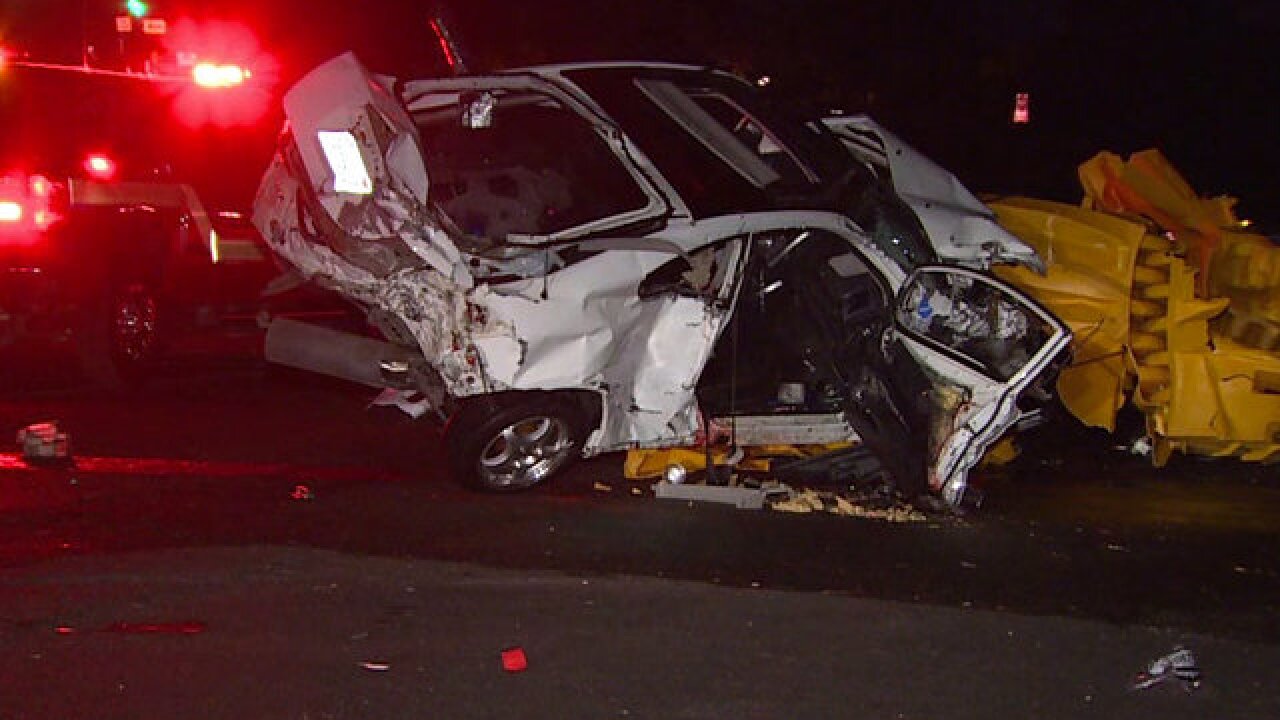 SAN MARCOS, Calif. (KGTV) - A woman was killed early Tuesday morning in a single-car crash on state Route 78 believed to be DUI-related.

The crash happened at about 1:45 a.m. on westbound SR-78 at Barham Drive, according to the California Highway Patrol.

CHP officials said the driver of a Hyundai sedan lost control, hit the center divider and sped across the lanes before crashing into barriers on the Barnham Drive on-ramp.

The male driver and his female passenger were trapped in the wreckage and were extracted by responding firefighters.

The woman, who was not identified, was declared dead at the scene.

CHP officials said the driver was taken to the hospital and is expected to be arrested on suspicion of DUI and manslaughter.