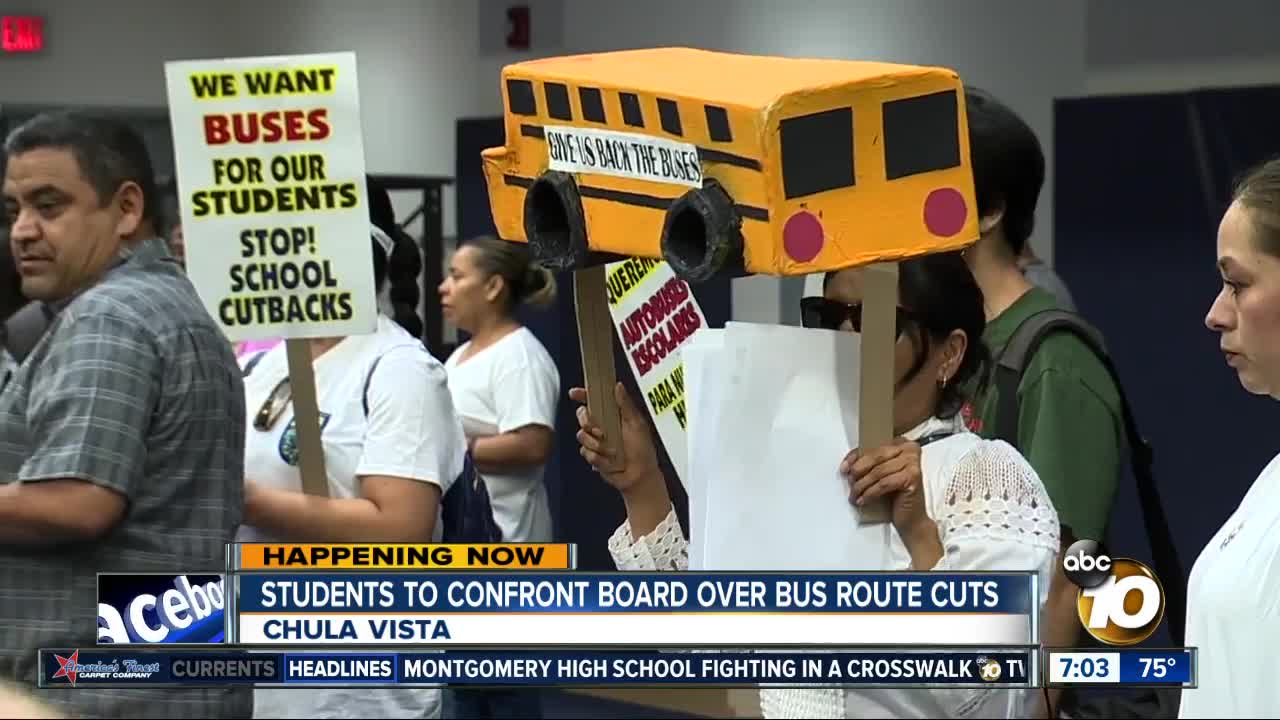 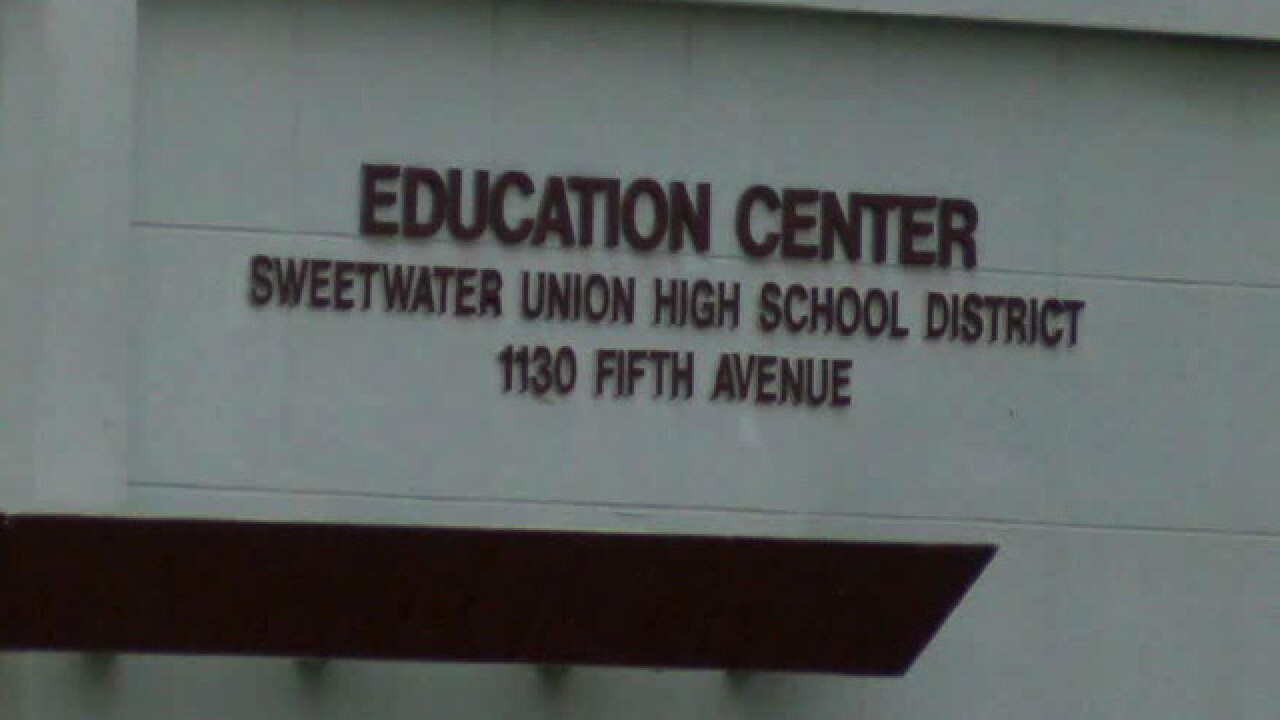 CHULA VISTA, Calif. (KGTV) -Students and parents in the South Bay are demanding the Sweetwater Union High School District bring back their buses.

In a cost-cutting move, the district announced last May that it would eliminate dozens of bus routes throughout the district. Four of the district's high schools were impacted.

Olga Espinoza attended Monday night's school board. She said her son has to walk more than three miles each way to get to school. She said it's simply not safe.

"Since we are on the border, I feel like he could get kidnapped. It's a really dark road, there's no benches, no water, there's coyotes out there, tarantulas, bugs, it's not a nice road for children to be walking, " Espinoza said.

A couple dozen parents and students marched into the meeting holding cardboard school buses. They chanted, "Cut from the top, not our buses!" Many of them were with The San Ysidro Students United and Madres Unidas.

A district spokesman said school leaders are trying to address their concerns.

"We are not in terms of putting back any routes because the policy does stand in terms of our 3 and a half mile polic, but we are looking at potentially adding a couple of routes that will support some of the routes that currently exist, part of the issue is drivers, we don't have the drivers," said Communications Director Manny Rubio.

Rubio estimated roughly seven-hundred students use buses, and that included kids who live right down the street from their school. He also said enrollment and attendance are up this year at San Ysidro High School.

Routes for special education students are not impacted.

The district also said it would not have made the cuts without the completion of Old Otay Mesa Road which was finished in May.