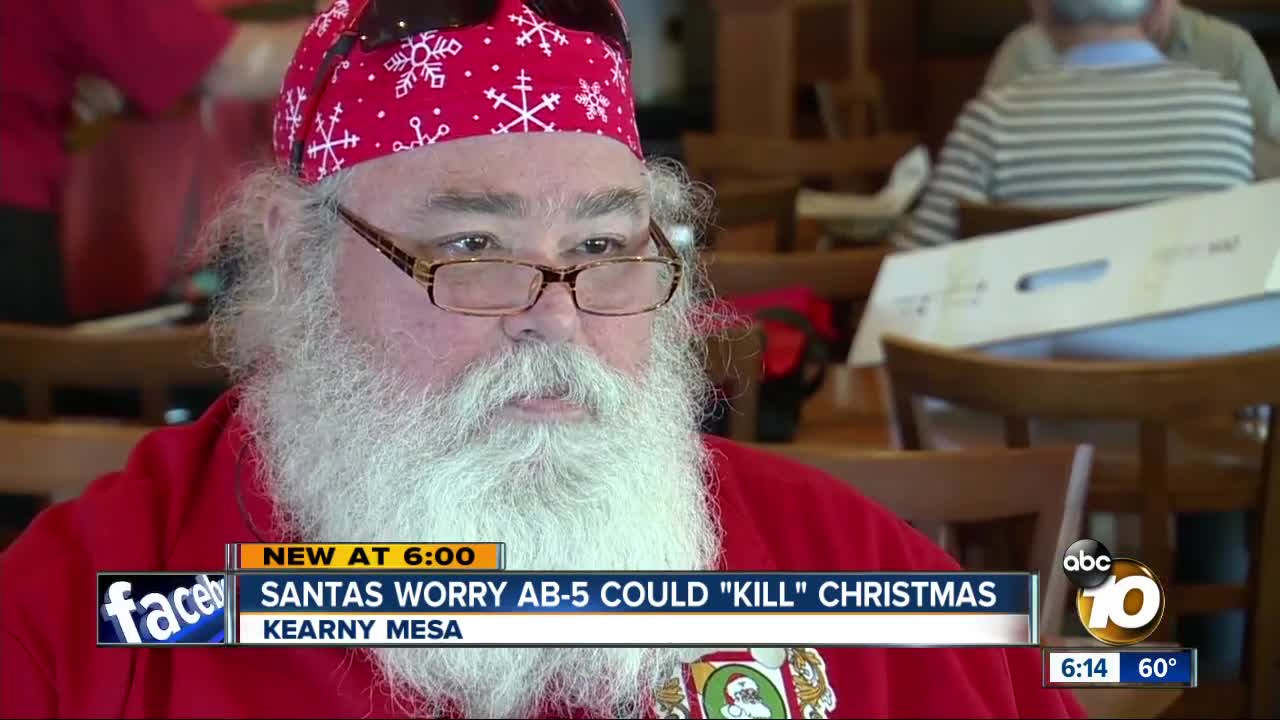 California’s new gig economy law was meant to help rideshare drivers and other freelance workers get better benefits, but some critics say it’s threatening the spirit of Christmas itself. 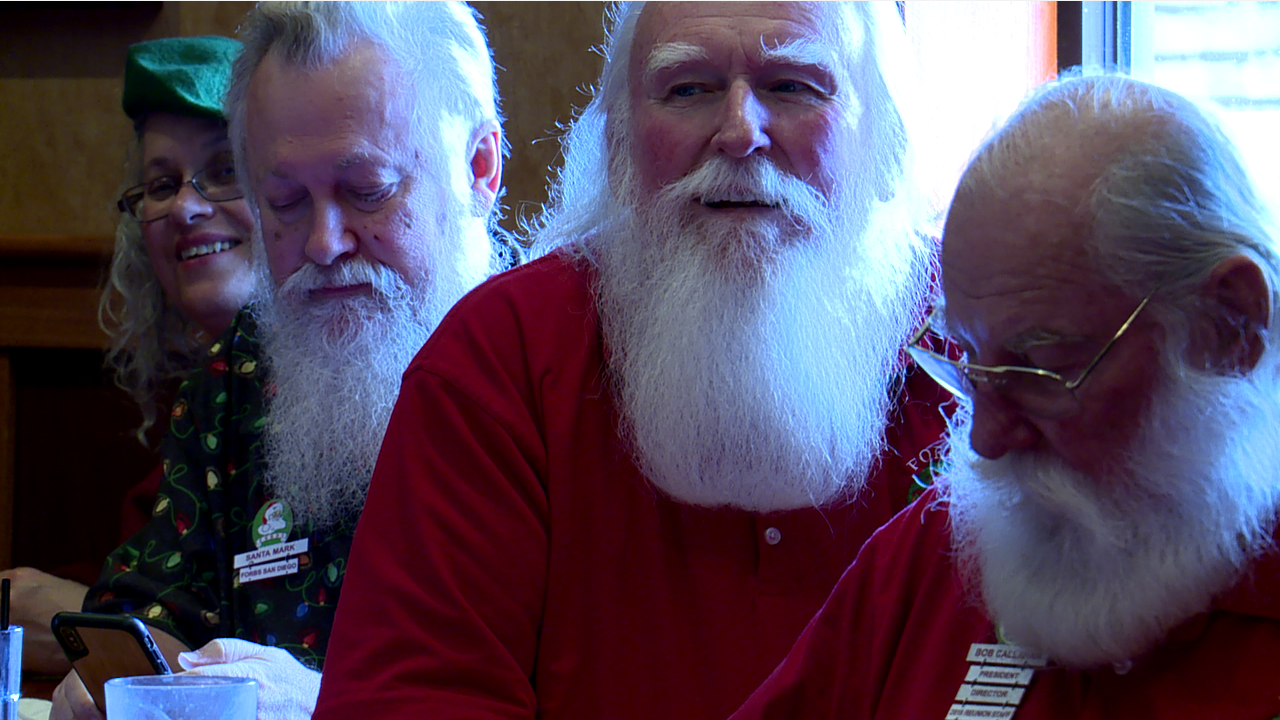 SAN DIEGO (KGTV) -- California’s new gig economy law was meant to help rideshare drivers and other freelance workers get better benefits, but some critics say it’s threatening the spirit of Christmas itself.

Those critics are mall Santas, who have traditionally been hired as independent contractors through third-party bookers or employment agencies.

Under Assembly Bill 5, authored by Assemblywoman Lorena Gonzalez (D-San Diego), those workers must be reclassified as employees with insurance and other benefits.

“Lorena Gonzalez, she might kill all the Santas. She might kill the Easter Bunnies,” said Steve Schafer, the president of the San Diego chapter of the Fraternal Order of Real Bearded Santas.

Some Santas warn that bookers may go to great lengths to avoid paying employee benefits.

“I don't know how someone can justify this,” said Jerry Tamburino, a Santa who has worked for more than a decade at a large commercial store.

Tamburino said his agent notified him Tuesday that she would replace him and other Santas at a chain of California retail stores with out-of-state St. Nicks.

“That's what [the booker is] being forced to do to address -- or evade -- or stay in business with this stupid law,” he said.

Bringing in out-of-state workers to skirt AB-5 would violate California law, since labor laws apply to anyone performing work in the state, said Gonzalez’ office. But Tamburino said it would be hard for regulators to enforce.

To do so, Tamburino said he would have to form his own LLC and said he doesn’t have the experience to run his own business.

Tamburino said he would begin reaching out to other Santa-booking agencies in hopes they will hire him as an employee, but there’s a lot at stake: he receives about half of his annual income from Santa jobs.