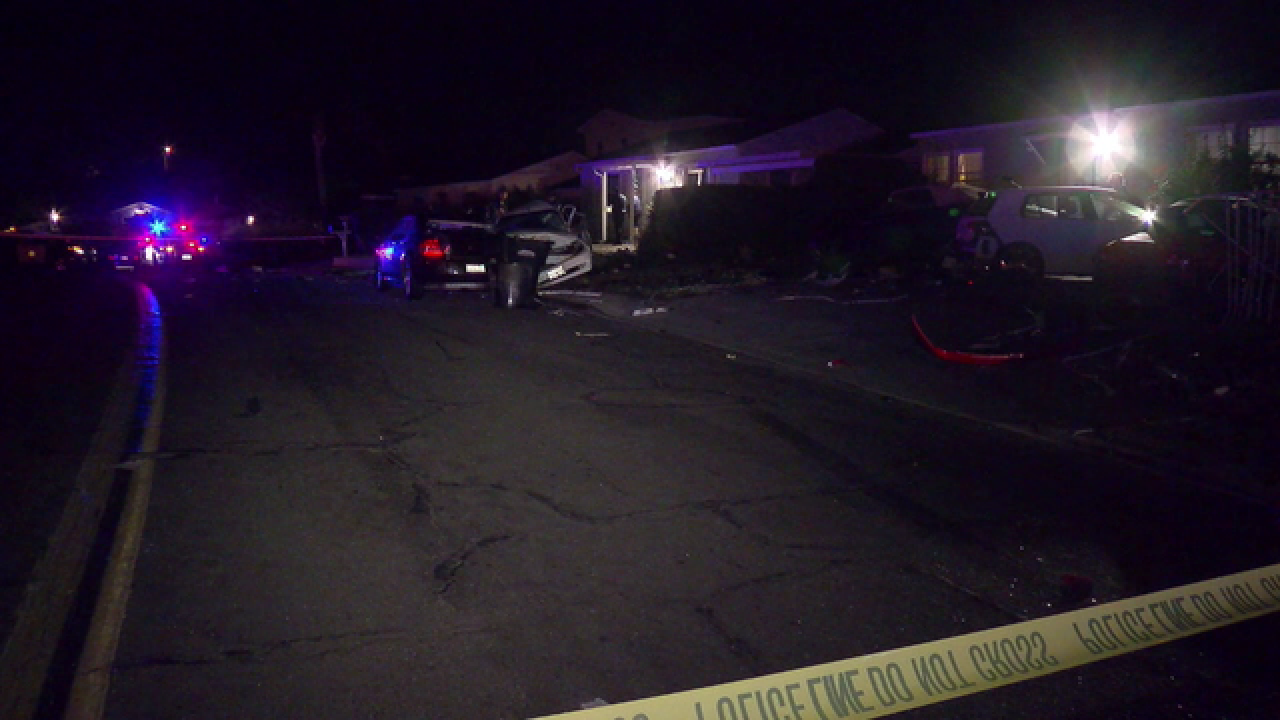 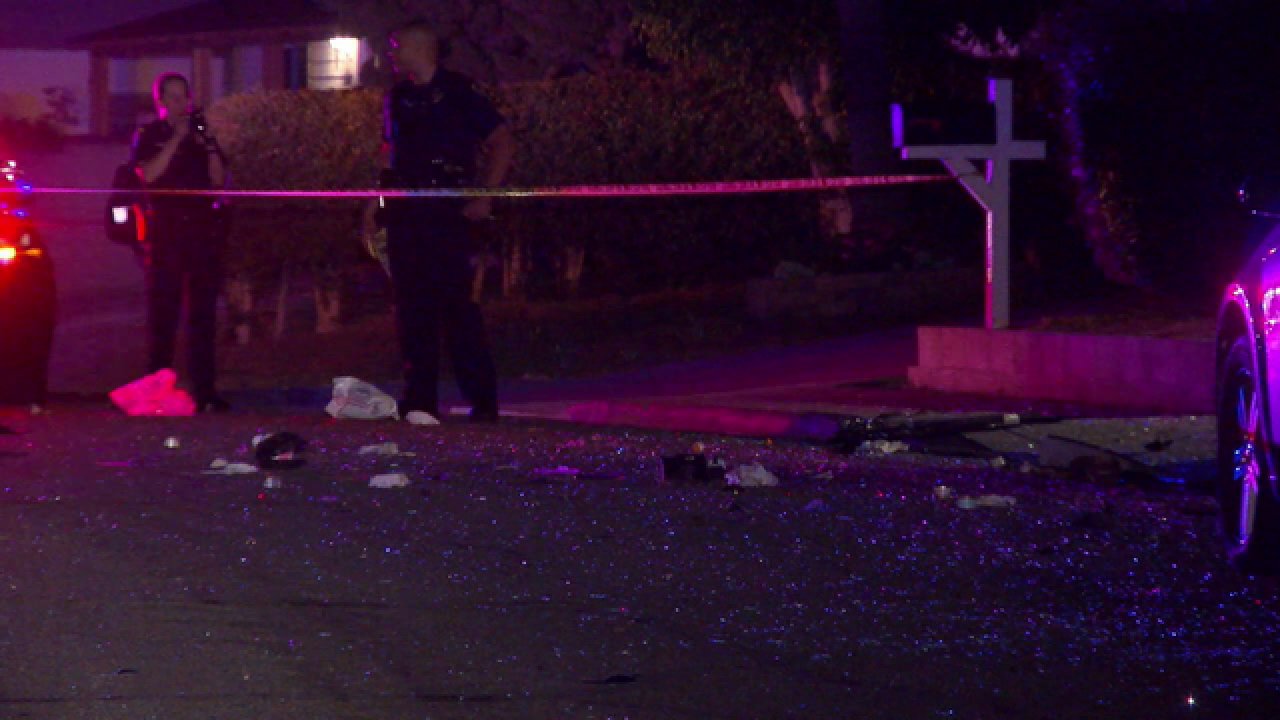 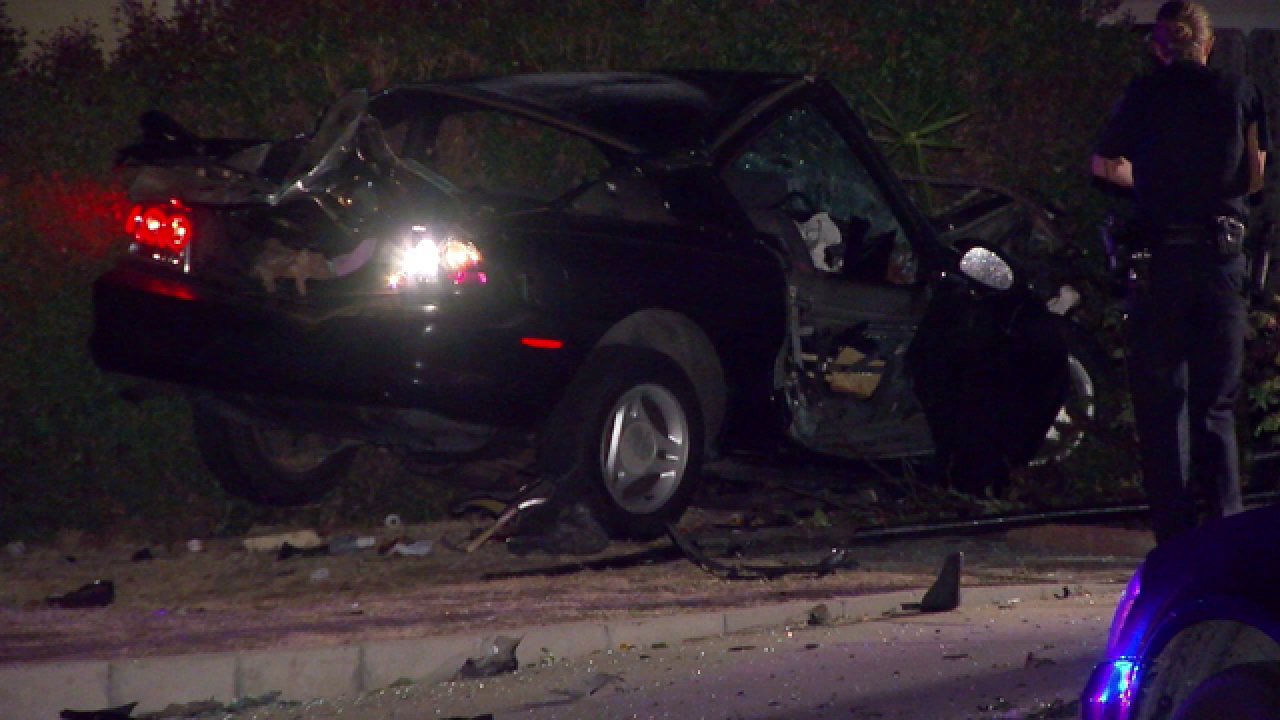 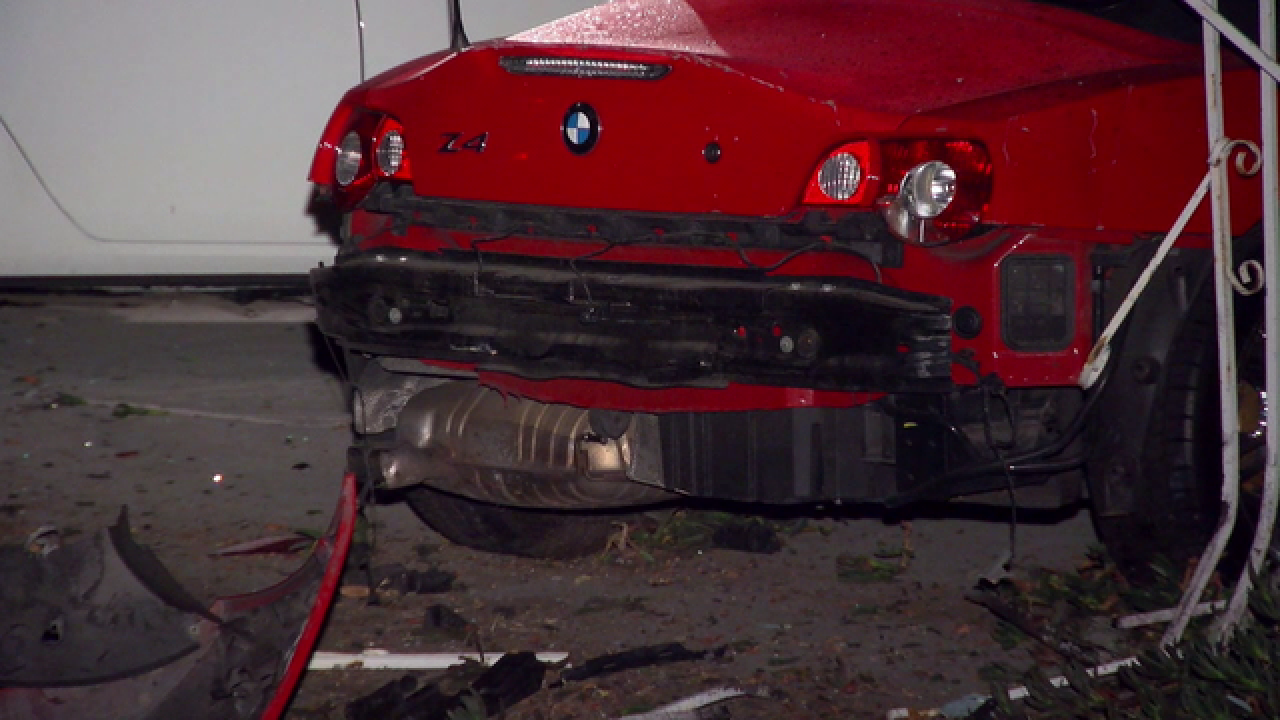 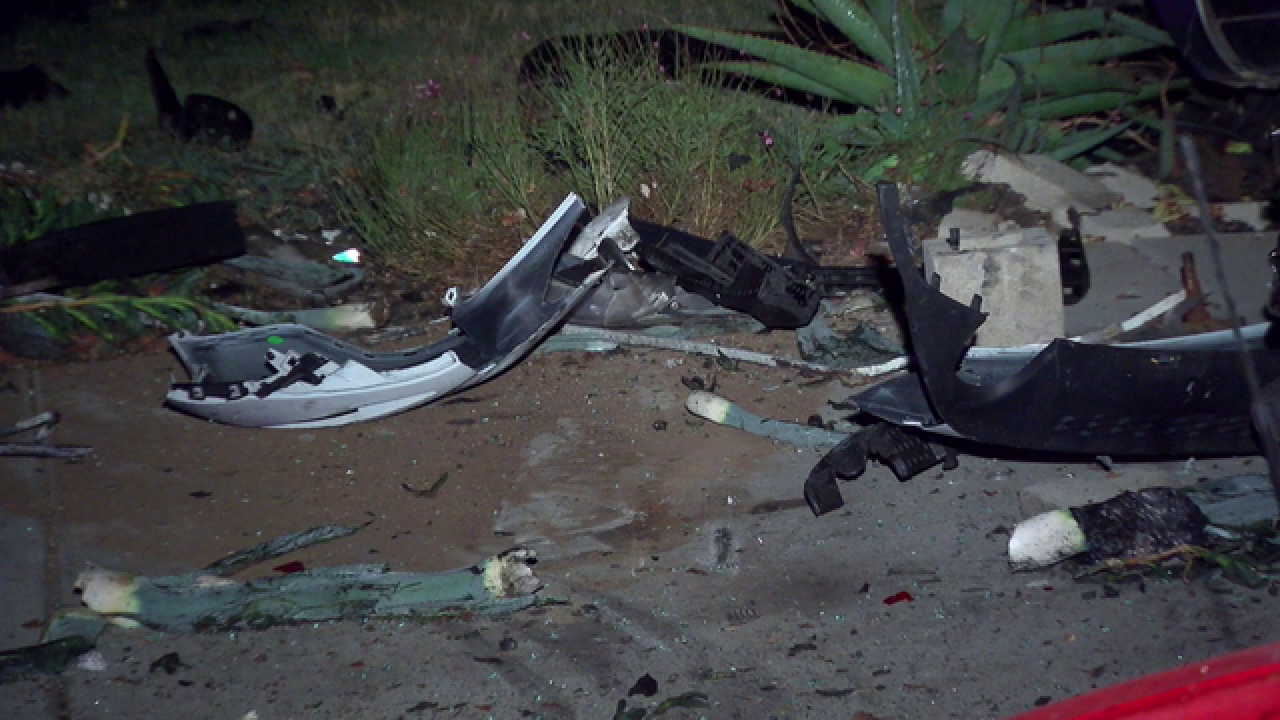 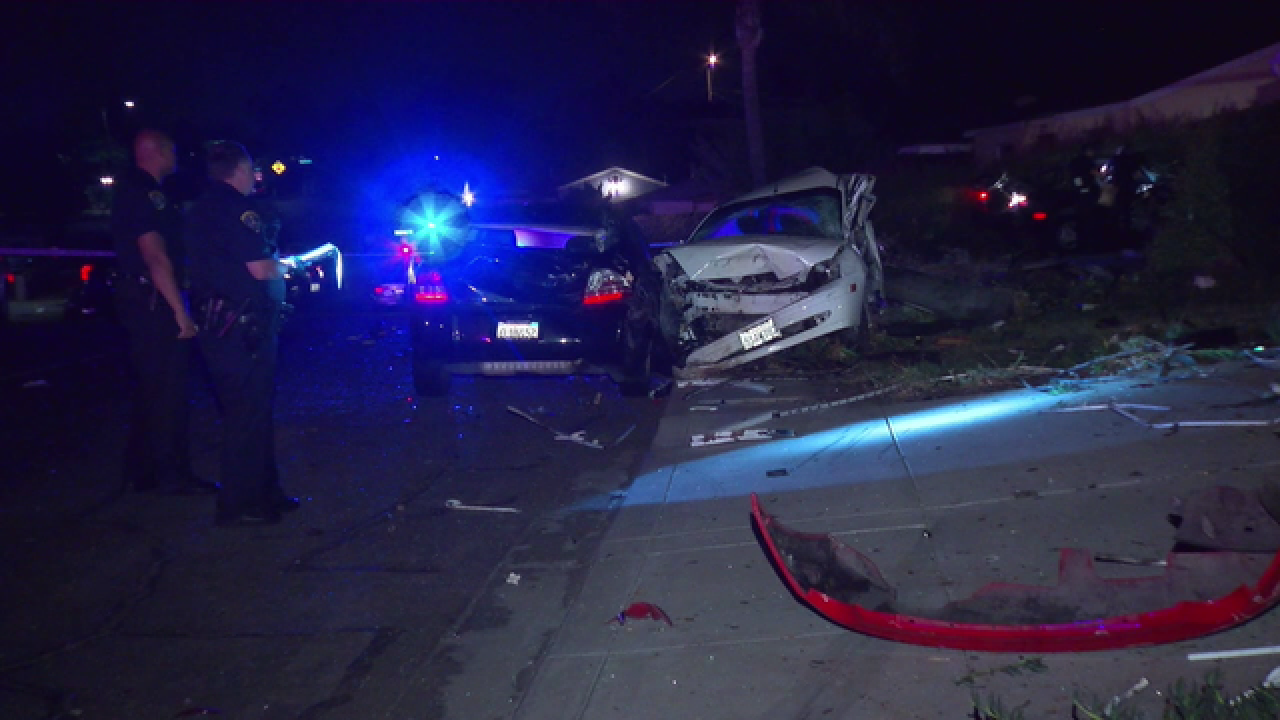 SAN DIEGO – Police are looking for the driver of a Ford Mustang who smashed into six parked cars in the Paradise Hills neighborhood of San Diego early Thursday morning and then ran away, leaving behind an incredible amount of damage and debris.
According to San Diego police, at around 1:15 a.m. the Mustang was going east in the 5500 block of Potomac Street when it lost control on a curve and smashed into six parked cars. Neighbors came out to see the suspect get out of his car and run from the scene.
There were no injuries.
“We saw our car split in half,” one woman said.
Another neighbor told 10News that four of the damaged cars belonged to his family.
"Four out of five cars are gone,” he said. “One is going to be totaled. We were restoring a 1965 Plymouth Valiant. It’s gone."
The Mustang is registered to an owner in National City. Police are still searching for the driver.
Copyright 2015 Scripps Media, Inc. All rights reserved. This material may not be published, broadcast, rewritten, or redistributed.