Man running on I-5 in National City hit, killed by vehicle 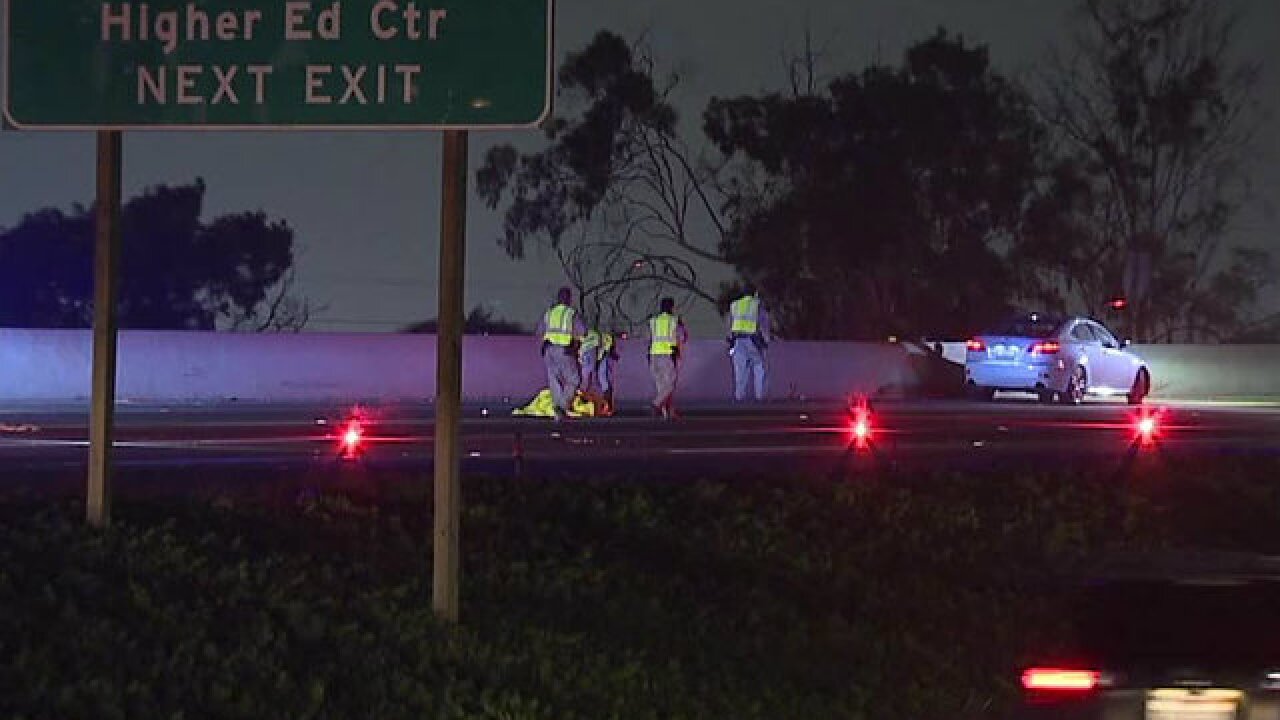 NATIONAL CITY, Calif. (KGTV) - A man was hit by a vehicle and killed after reportedly running across Interstate 5 Sunday in the National City area.

California Highway Patrol officials said the incident happened at around 9:45 p.m. on I-5 near Civic Center exit.

Witnesses told the CHP that the driver of a sedan jumped out of the car as it rolled down an embankment on the southbound side. The man then darted across the freeway but was hit by an oncoming vehicle on the northbound lanes.

The victim was pronounced dead at the scene. 10News learned the driver that struck him remained at the scene and spoke with investigators.

Freeway lanes were shut down for at least two hours due to the investigation.