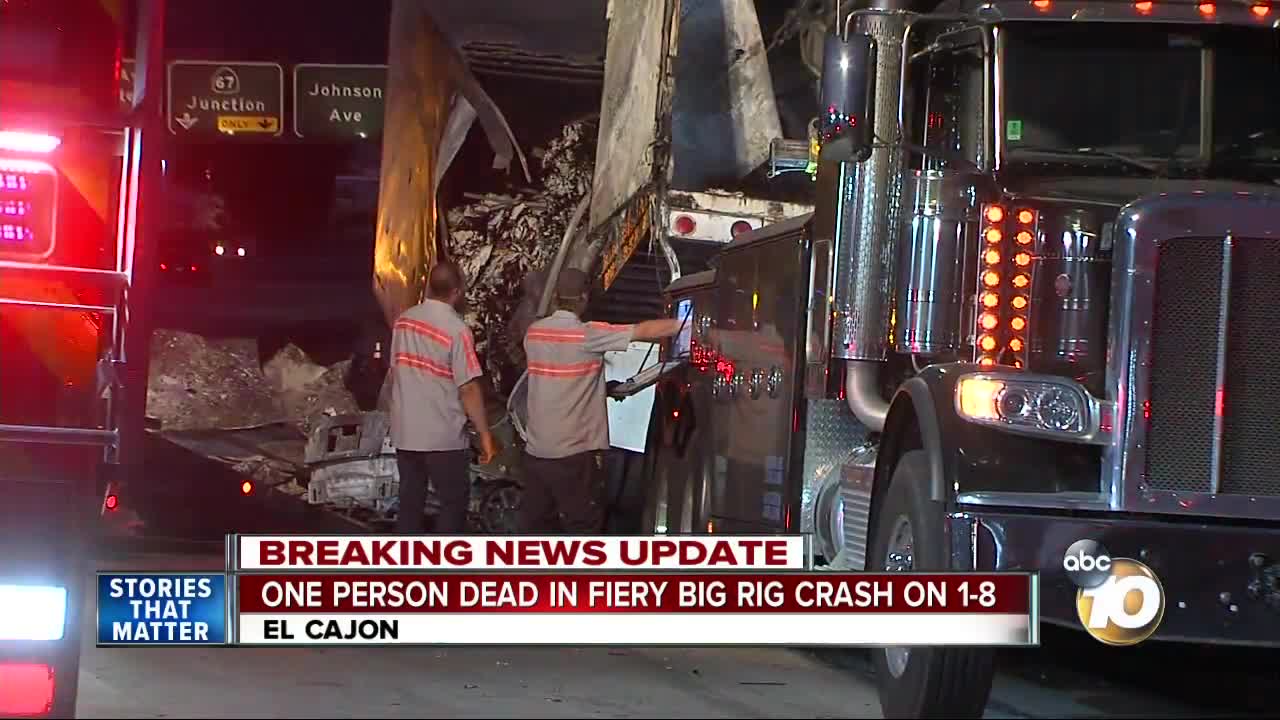 The CHP says a car swerved across the freeway, crashing into a big rig trailer. Matt Boone reports. 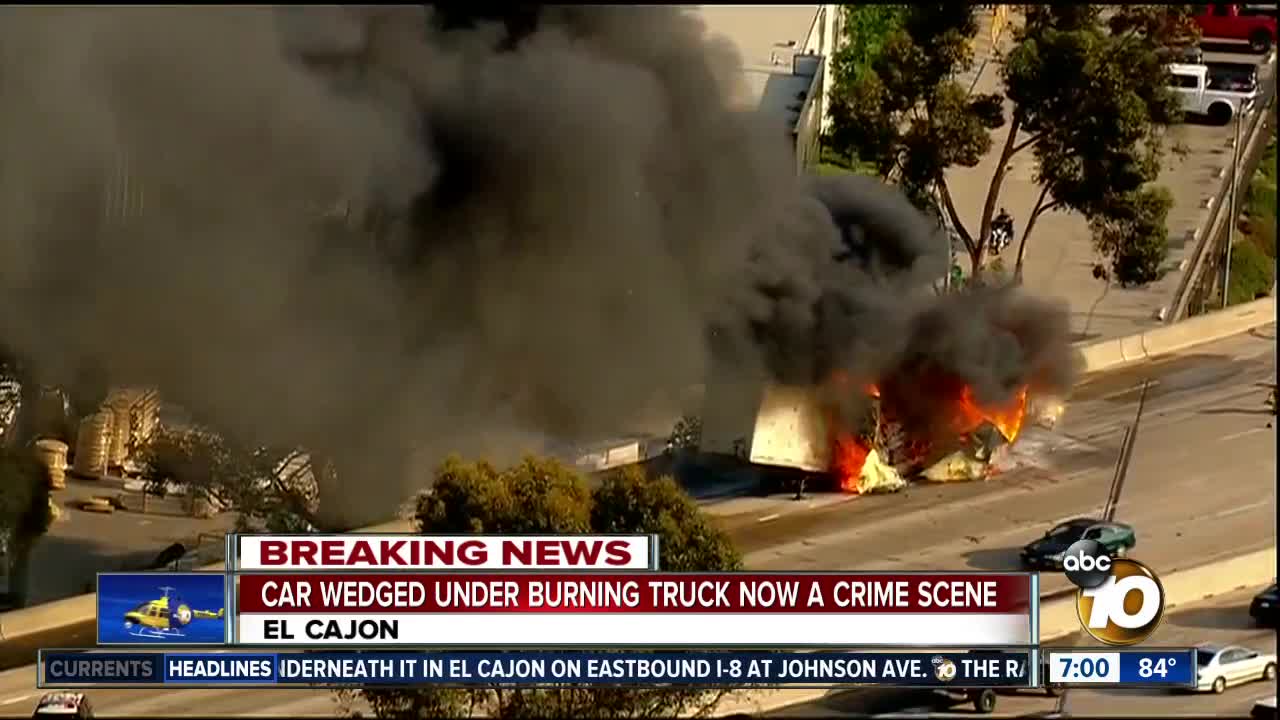 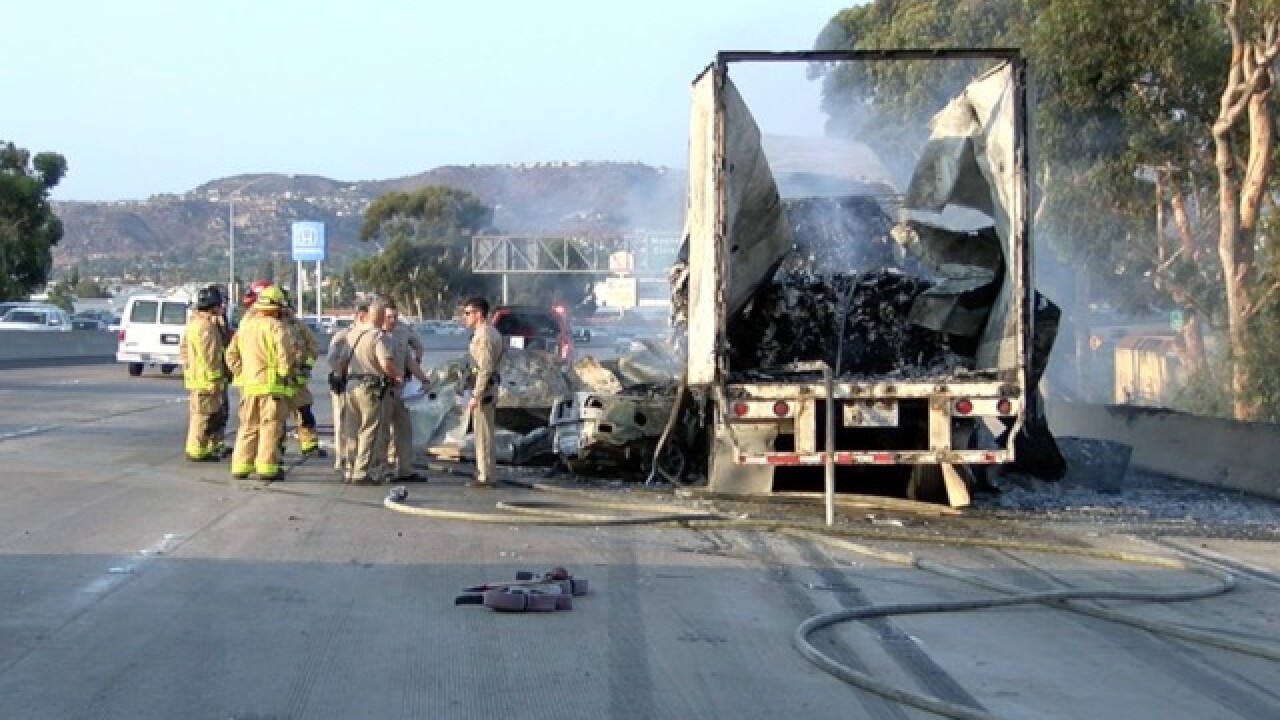 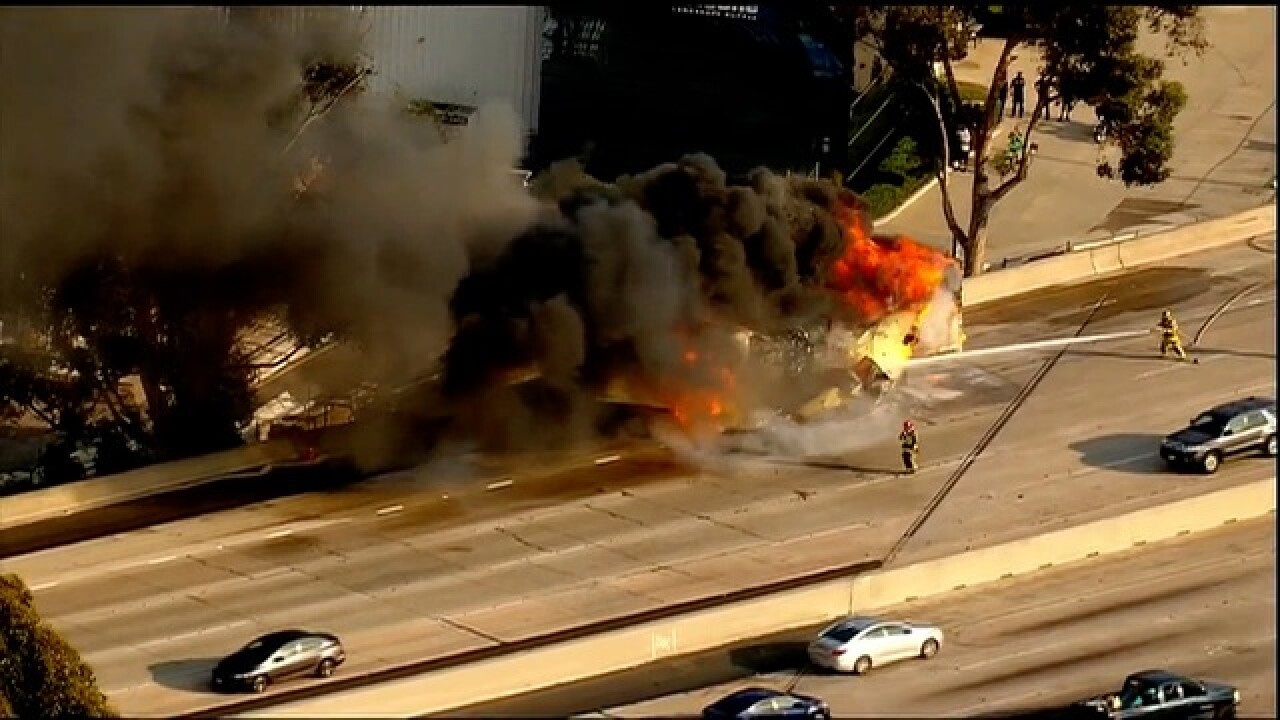 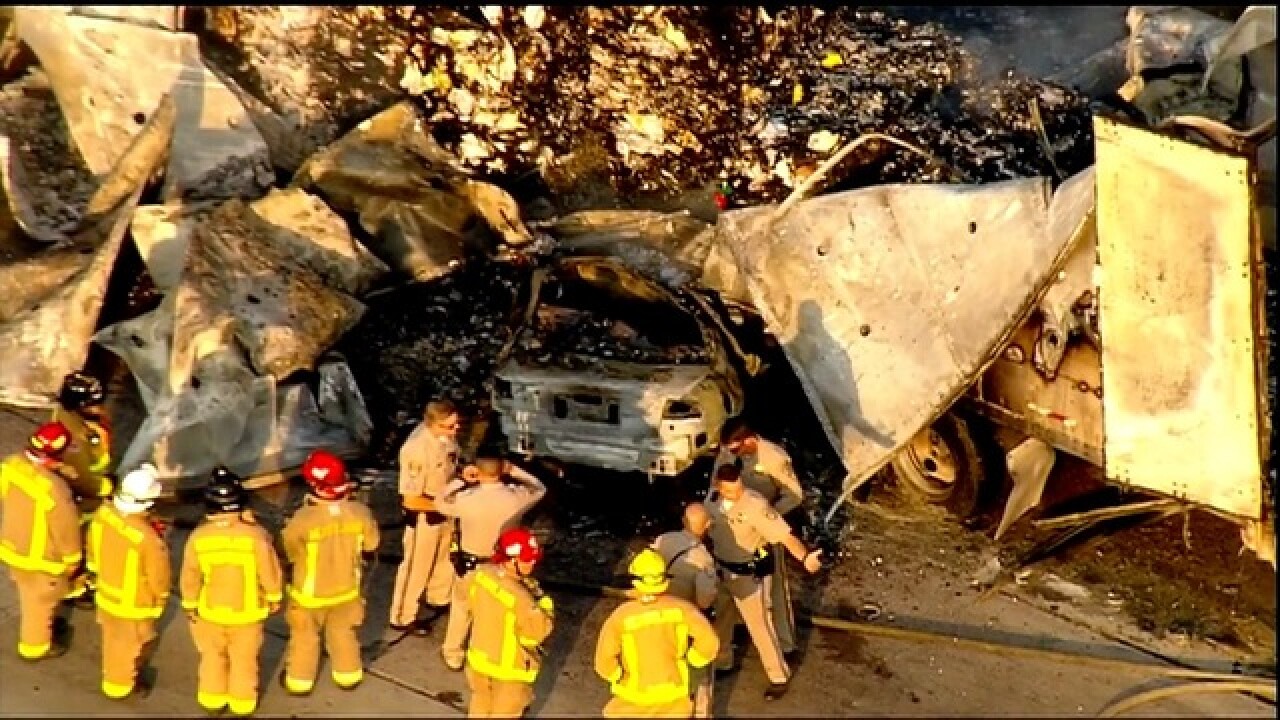 EL CAJON, Calif. (KGTV) -- Three lanes of Interstate 8 closed Friday night after at least one person was killed in a fiery crash near State Route 67.

Around 5:30 p.m. a man driving in the fast lane of I-8 lost control and swerved into the center divider before reaching the slow lane and hitting 1997 Wabash 53-foot trailer being towed by a 2013 Kenworth T660, according to California Highway Patrol.

Witnesses reported that the Ford was cut off by an unidentified vehicle which merged from the eastbound #2 lane into the #1 (fast lane) lane directly into the Ford’s path of travel. The driver of the Ford made a turning movement to the left and impacted the concrete center divide wall. As a result, the Ford veered back across the eastbound traffic lanes and broadsided the trailer.

As the crash happened, the Ford became lodged under the trailer and was dragged for several hundred feet. CHP said as the car came to rest the Ford and trailer burst into flames.

The CHP is investigating a brutal crash in El Cajon on the 8 eastbound. A car crashed into a semi trailer and erupted in flames. Traffic has been reduced to one lane. They have not been able to get to the person in the car, but the driver is likely deceased. pic.twitter.com/xR2GfiDAEu

Firefighters doused the flames when they arrived on scene, but first responders were unable to get inside the car and make rescues.

Unfortunately, the driver of the Ford was unable to escape the vehicle and died at the scene of the crash. He has not been identified.

The driver of the truck was a 45-year-old man from Mexicali. He remained at the scene after the crash and did not suffer any injuries, according to CHP.

CHP officers are working to determine if there was a third vehicle involved and will provide updates as the investigation progresses.

Three lanes blocked on EB I-8, just east of W. Main, due to traffic collision. #SDCaltransAlert

Sky10 was over the crash just after it happened.

Anyone with questions or more information is asked to call Officer Travis Garrow at (619) 401-2000.