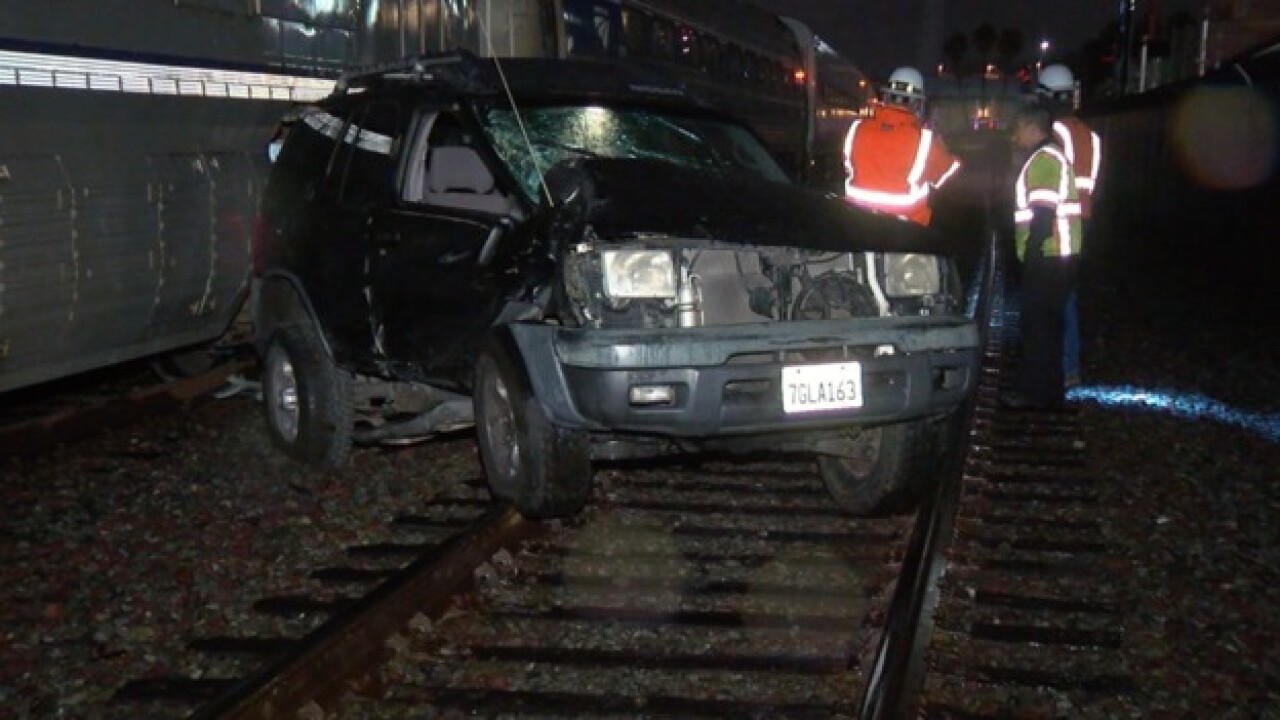 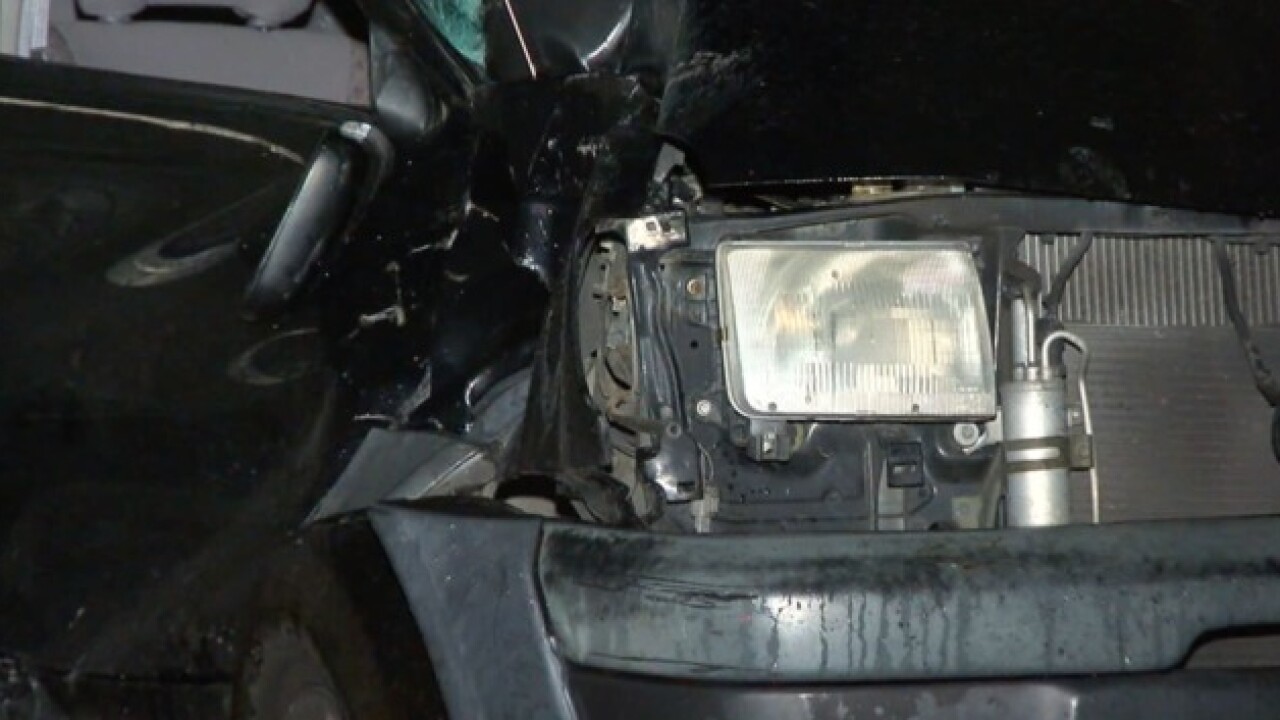 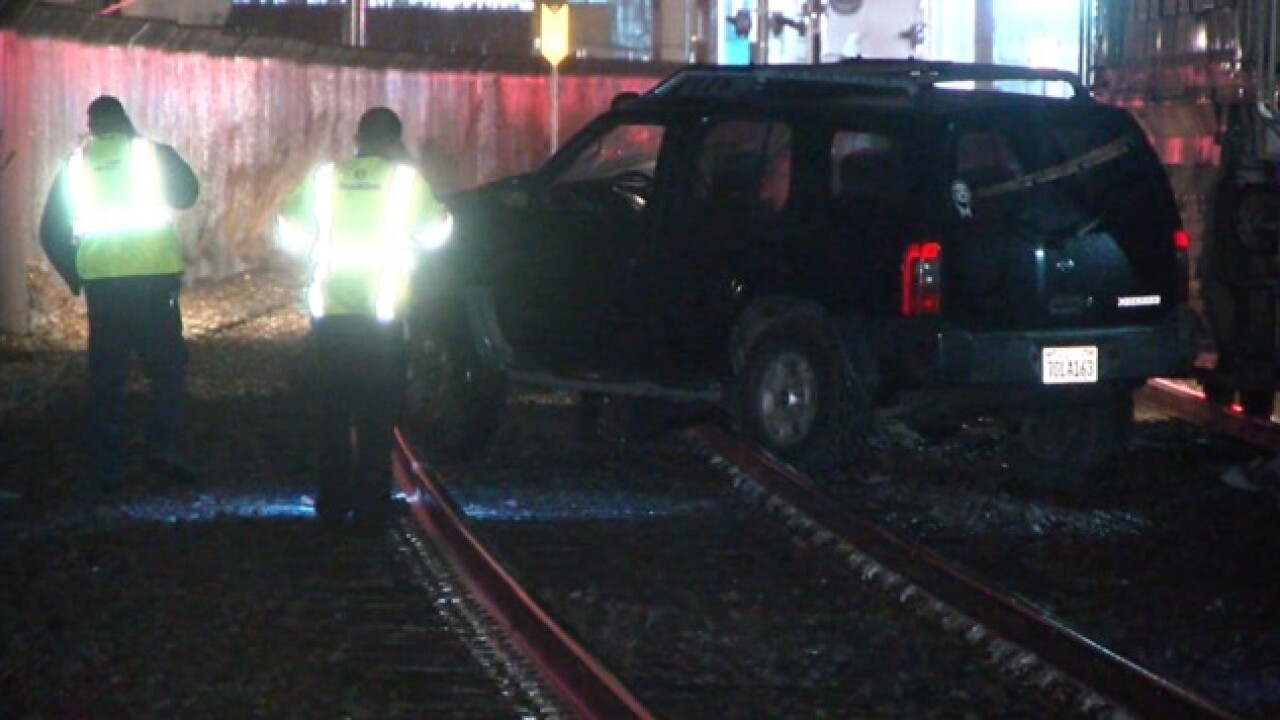 SAN DIEGO (KGTV) - San Diego Police saved a driver whose SUV got stuck in the path of an oncoming train in Little Italy Tuesday morning.

The vehicle was stuck on the track at 1:30 a.m. near West Grape Street and California Street, approximately 100 yards south of the railroad crossing.

Police were on the scene and helped the driver out of the SUV, according to San Diego County Sheriff’s deputies who assisted in the investigation.

A southbound Amtrak train was traveling 35 miles an hour when the train operator saw the vehicle on the track.

The operator applied the emergency brake but was unable to stop in time, and collided with the vehicle.

The driver was arrested on suspicion of DUI.

Neither the driver nor any passenger on the train was hurt.