Not today: Historic Ocean Beach tree gets stay of execution 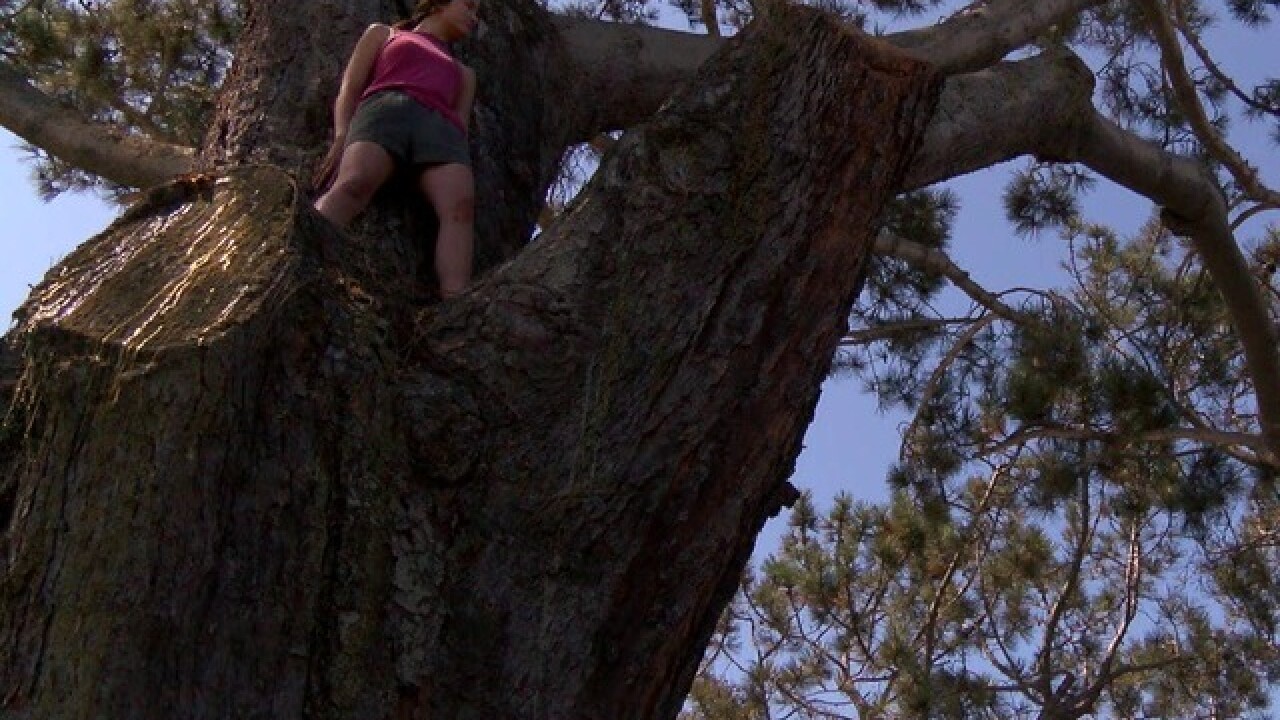 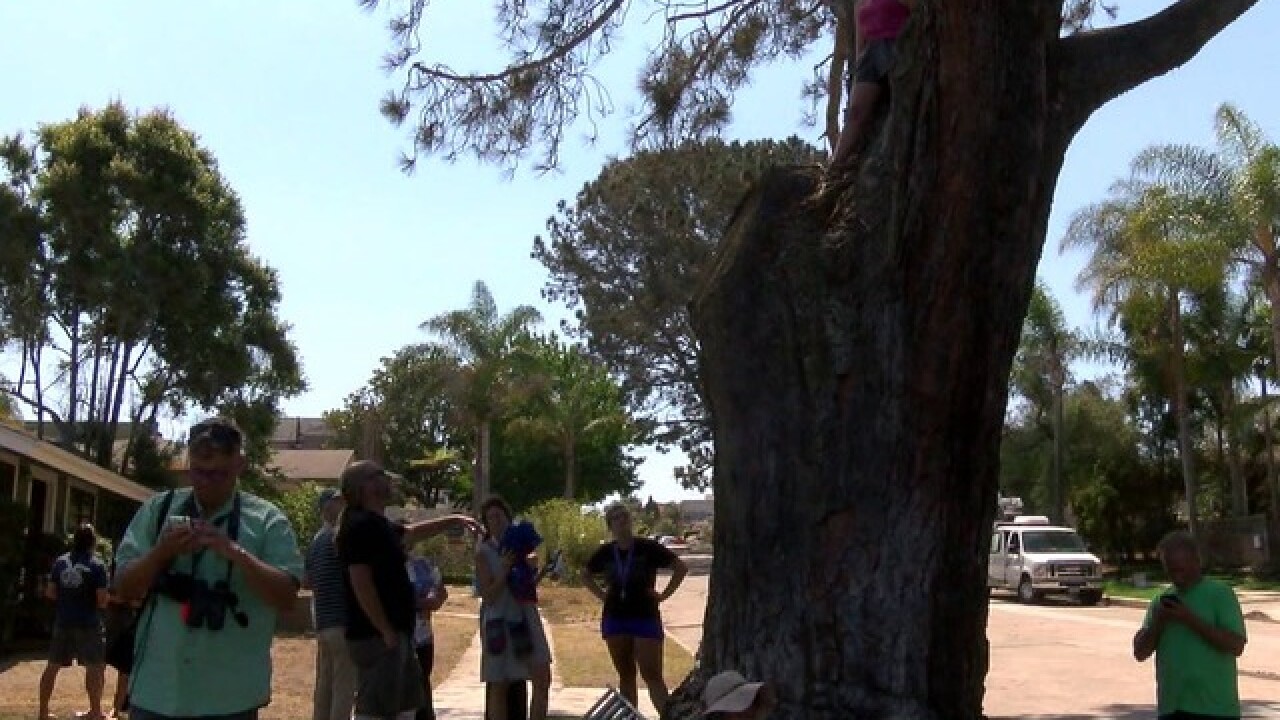 By: 10News Digital Team
Posted at 5:51 AM, Aug 12, 2016
SAN DIEGO -- The city of San Diego will not remove a 73-foot-tall tree in Ocean Beach, which has become the focal point in a test of wills between municipal government and community activists.
The tree at 4652 Saratoga Ave. was slated for removal Friday. However, on Thursday night, the city sent out a news release stating that it had suspended the removal to a later date.
City officials have contended that the nearly century-old Torrey pine is in danger of falling, but opponents contend the city hasn't adequately explained why the tree has to be taken out.
Last week, an Ocean Beach woman climbed the tree and stayed there to prevent a removal attempt while a handful of people on the ground offered their support.
Ocean Beach activists had put out a call for opponents of the tree removal to gather at the site Friday morning.
Jeremy Barrick, a board-certified master arborist and the city's urban forester program manager, inspected the tree with other experts and decided it needed to be removed.
"We have monitored and reviewed this tree for several months and consensus among multiple arborists is that this tree must be removed to entirely eliminate the risk of catastrophic failure," Barrick said prior to Thursday’s decision to hold off.
Two nearby Torrey pines were uprooted by storms over the most recent winter, according to city officials.
As part of its plan to address the impacts of climate change, the city is completing an assessment of its tree inventory and is set to embark on a tree planting program to increase the canopy in San Diego neighborhoods.
Here is the full news release from the city:

The city of San Diego has temporarily suspended plans to remove a failing tree from 4652 Saratoga Avenue in Ocean Beach. The work had been scheduled for Friday morning.
While it continues to monitor the condition of the 73-year-old Torrey pine, the City will work more closely with community members to discuss the tree’s condition, safety concerns and replacement tree options.
The Torrey pine is adjacent to where two other large Torrey pine trees were removed after one of this winter’s El Niño storms caused them to uplift and actively fail. Since then, three Board-Certified Master Arborists completed risk assessments on the tree. Their reports, which detail the tree’s condition, along with an evaluation from a biologist confirming no active nesting sites in the tree exist, can be found on the City’s website.
Should the ongoing monitoring reveal further deteriorating conditions or danger to nearby homes and residents, the city will move forward with its removal.