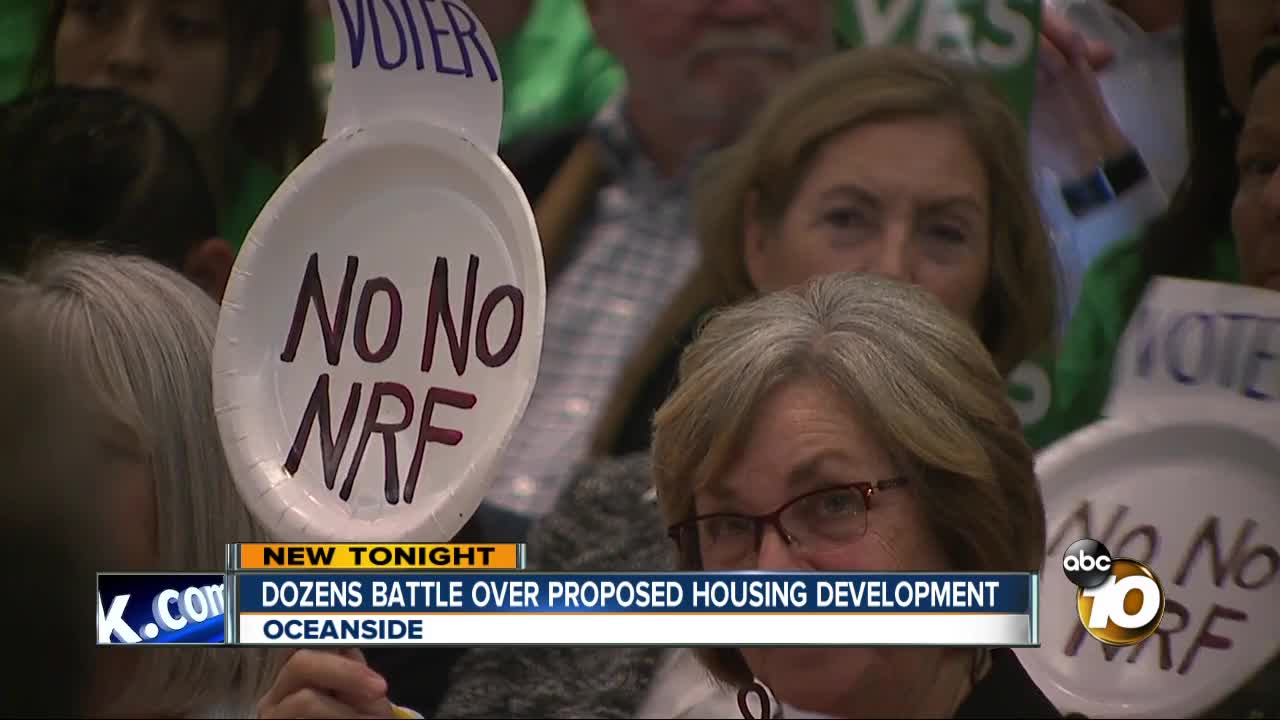 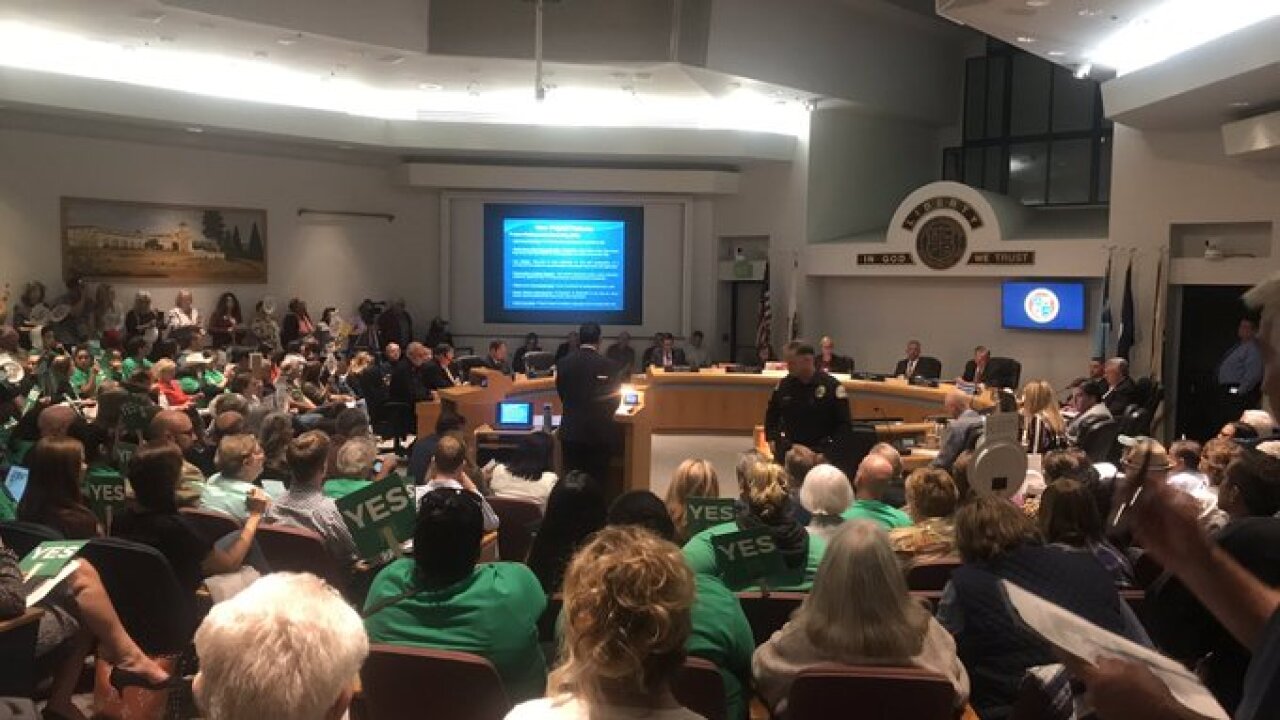 OCEANSIDE, Calif. (KGTV) -- The Oceanside City Council Wednesday approved a major development project in the city’s northeast -- a plan that has some residents up in arms.

Councilmembers Esther Sanchez and Ryan Keim voted against the project.

More than 100 people signed up to speak, and a majority of them were against the project, citing concerns of increased traffic and insufficient emergency evacuation routes.

Those that spoke in favor of the project said the area needed more housing and believed it would help Oceanside develop economically.

Developers say they’ve scaled down the project in light of push back from the community. According to their presentation, the original plan called for about 1,000 homes, but now it’s capped at 585.

They also said they would widen the roads to ease evacuation concerns and added that the project would build a fire station and police outpost.