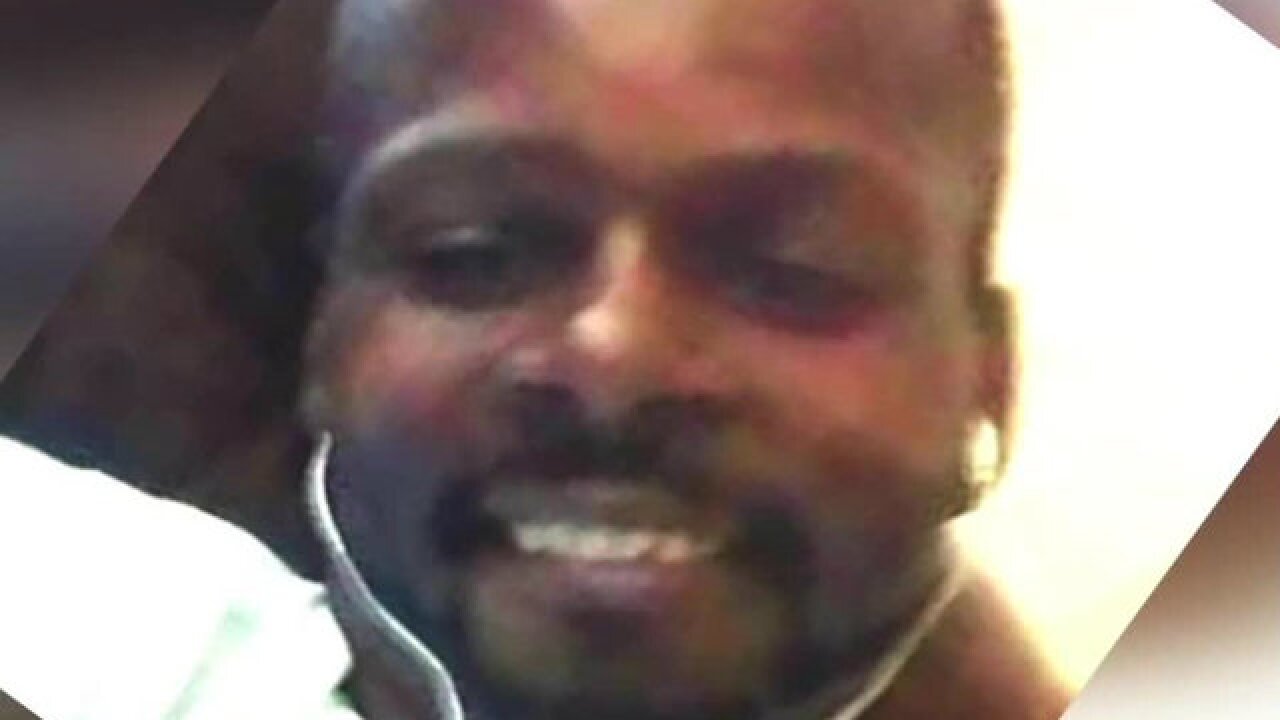 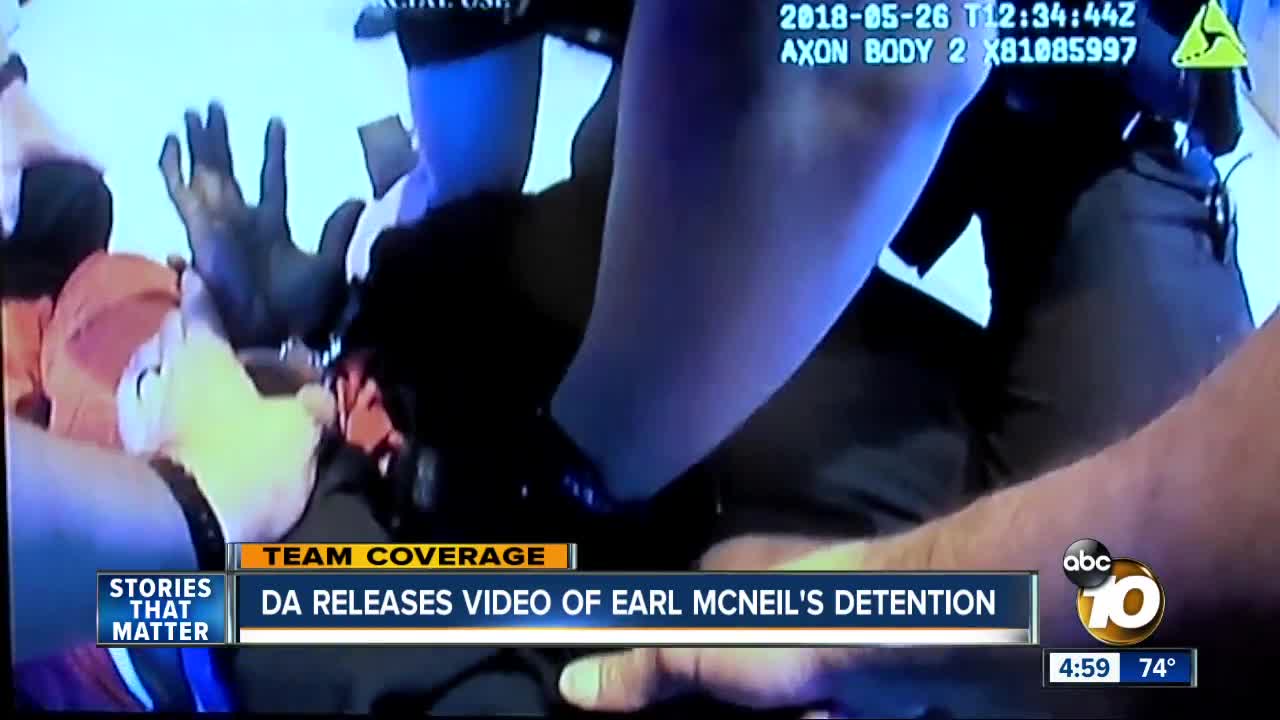 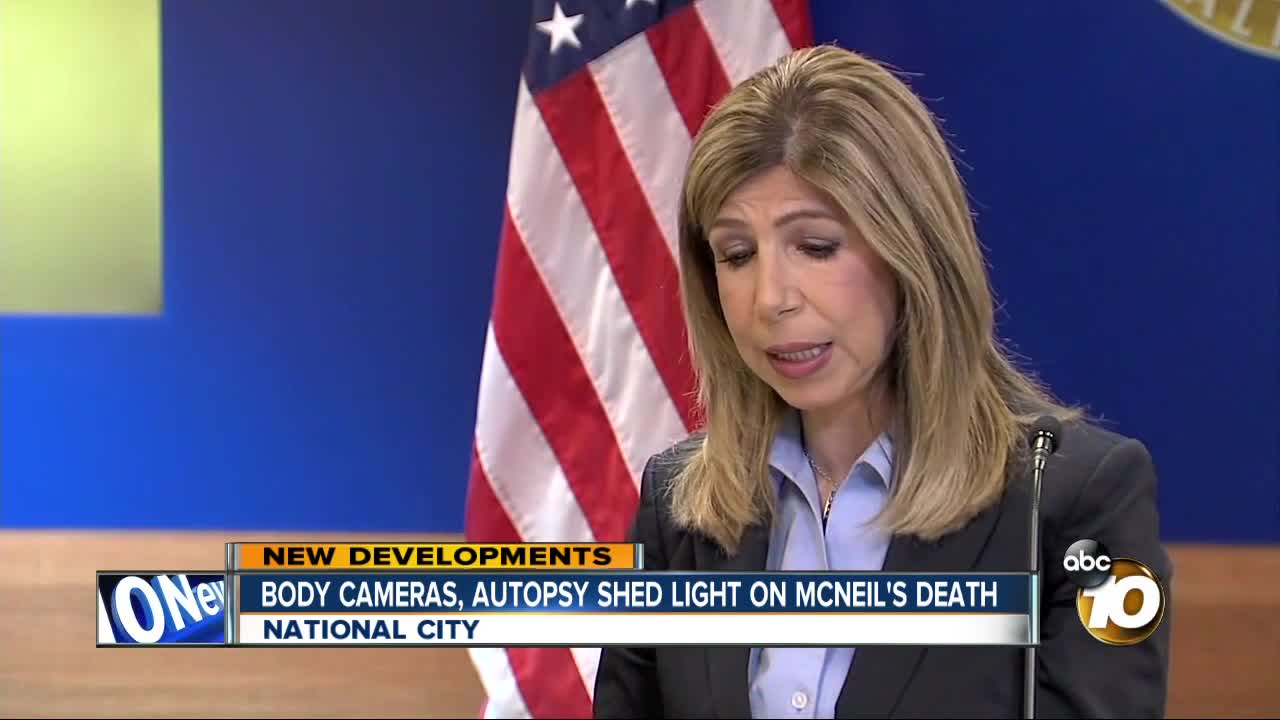 SAN DIEGO (KGTV) - No criminal charges will be filed in the death of Earl McNeil, who died after he was in the custody of National City Police, San Diego County District Attorney Summer Stephan said Friday.

The McNeil family and attorney Doug Applegate held a news conference calling for a federal investigation into the matter half an hour before Stephan released surveillance and body camera video and a timeline of the arrest.

The video showed Earl McNeil, 40, outside the National City Police station and his initial interaction with officers at 5:32 a.m. on May 26.

The timeline tracked McNeil’s two hours and 25 minutes in custody as he was placed in a police SUV, taken to County Jail, evaluated by medical professionals, and taken to the hospital.

National City Police said when McNeil went to the station he was making paranoid, threatening and irrational statements. Police say he was agitated and told them he was in possession of a controlled substance.

In the patrol car, video shows McNeil slamming his head on the divider and repeatedly saying “I’m going to kill myself.” He thought he was going to the hospital. Instead they took him to jail, where it took 40 minutes before he was taken to the hospital. Warning, strong language. pic.twitter.com/Luu89SDbuj

McNeil, according to his family, suffered brain and nerve damage that led to his placement in a coma. He was pronounced dead June 11.

The autopsy report listed the official cause of death as hypoxic-ischemic encephalopathy, due to resuscitated cardiorespiratory arrest. In other words, he died from brain damage sustained from a lack of oxygen because of a heart attack.

The medical examiner found the heart attack may have been caused by several factors. McNeil had high levels of methamphetamine in his system. The report stated that "alone could result in a fatal cardiac arrhythmia and arrest." However, the ME also wrote that his agitated behavior and struggle while in the WRAP could also create conditions for a heart attack. The objects placed over his mouth may have also had an effect on his ability to breathe.

The ME determined, because the actions taken by police to restrain McNeil were "purposeful and potentially dangerous, and contributed to his death," the manner of death was a homicide.

RELATED: National City police meet with family of man who died after being in custody

The death led to protests at National City Council meetings as some attendees called for the resignation of National City Police Chief Manuel Rodriguez.

National City Police met in July with McNeil’s family to discuss the investigation.