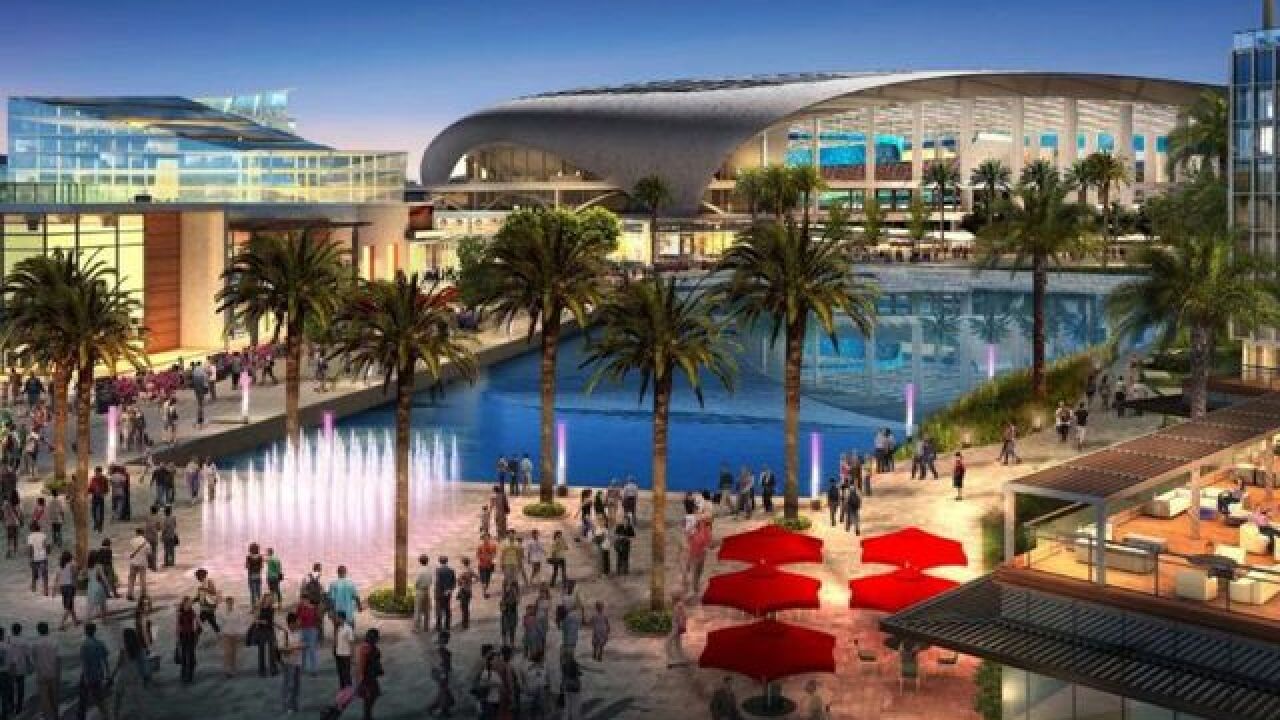 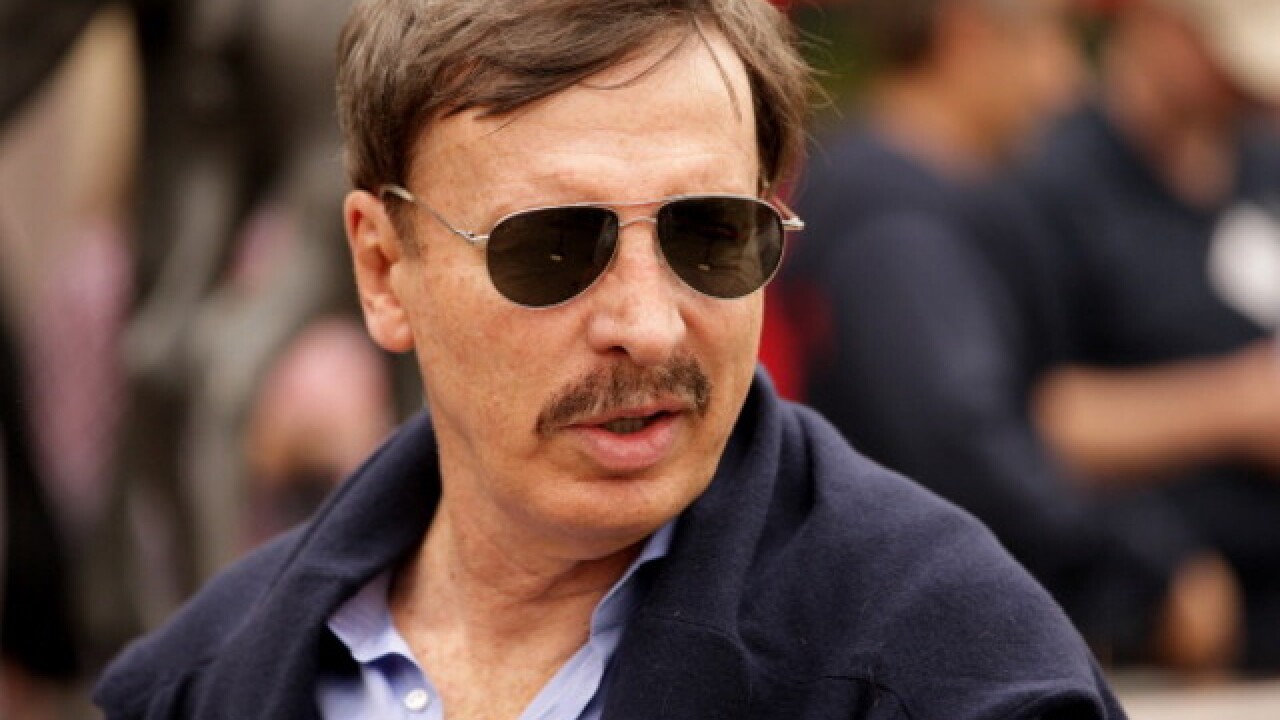 By: City News Service
Posted at 3:00 PM, Dec 02, 2015
SAN DIEGO -- The St. Louis Rams have reportedly proposed adding a second team to their stadium plan in Inglewood, as they jockey with the Oakland Raiders and San Diego Chargers for the right to relocate to Los Angeles.
The report came out of a National Football League team owners meeting Wednesday in Dallas to discuss, among other issues, whether to move the Chargers or another team to the Los Angeles area. No final decisions on relocation are expected at the gathering, in which the L.A. relocation effort is one of several topics on the agenda.
A source told NFL Network Insider Ian Rapoport that, at the meeting, the Rams proposed adding a second team as a partner in their Inglewood plan.

Progress: #Rams propose making a second team in Inglewood a full partner in the stadium. The proposal was made to the committee, source said

According to the San Diego Union-Tribune, the Rams proposed a 50-50 partnership to both the Chargers and Raiders in a letter last week. Under the proposal, the second team would be an equal partner in the stadium costs and game-day revenue, but not in any developments surrounding the stadium, the UT reports.
Two sources confirmed to the UT that the “Chargers are considered the more likely partner.”
NFL.com columnist Judy Battista reported that the owners hope to have a date set for the relocation vote by the end of today's meeting.

On LA from the owners' meeting: the hope is to set the date for a Jan. vote by end of today. But they could go to that meeting w/o having...

The Chargers have been asking for a replacement for aging Qualcomm Stadium for nearly 15 years and have acquired land in Carson in Los Angeles County where they could build a facility perhaps in concert with the Raiders. The city and county of San Diego have proposed building a stadium in Mission Valley, but there have been no negotiations with the team since June because of a dispute over the way an environmental study was conducted.
While no substantial plan has been put forth to keep the Raiders in Oakland, officials in St. Louis and the state of Missouri are trying to keep the Rams from leaving. NFL executives have described that plan as being further along the process than what's been offered by San Diego.
Rams owner Stan Kroenke, who met with St. Louis officials Monday to get clarification on their proposal, wants to build a stadium for his team in Inglewood, near Los Angeles International Airport.
It will be up to the owners to decide which team, if any, will go to Los Angeles -- which has been without an NFL franchise for more than 20 years. The meeting will take place one day after the city of San Diego released its response to concerns league executives had with a term sheet for a Mission Valley stadium project proposed by the city and county two months ago.
Among other things, the response from city/county consultant Chris Melvin told the NFL that a public vote on a proposed stadium project would be likely to pass thanks to Mayor Kevin Faulconer's strong approval ratings, as long as it included the backing of regional leaders and the Chargers.
Among other matters raised by the NFL, Melvin wrote that any litigation involving an environmental study for a proposed stadium site near existing Qualcomm Stadium would be resolved by the end of next year, that the city and county have strong credit ratings, and that any impact of a separate initiative that could shift a stadium project to downtown would be mitigated if the Chargers were in opposition.
The NFL also expressed concerns about a lack of financial details in the term sheet. Melvin wrote that the intention was to negotiate the specifics, but he did provide a framework regarding rent, ticket surcharges and parking fees.
City News Service Modified 2015