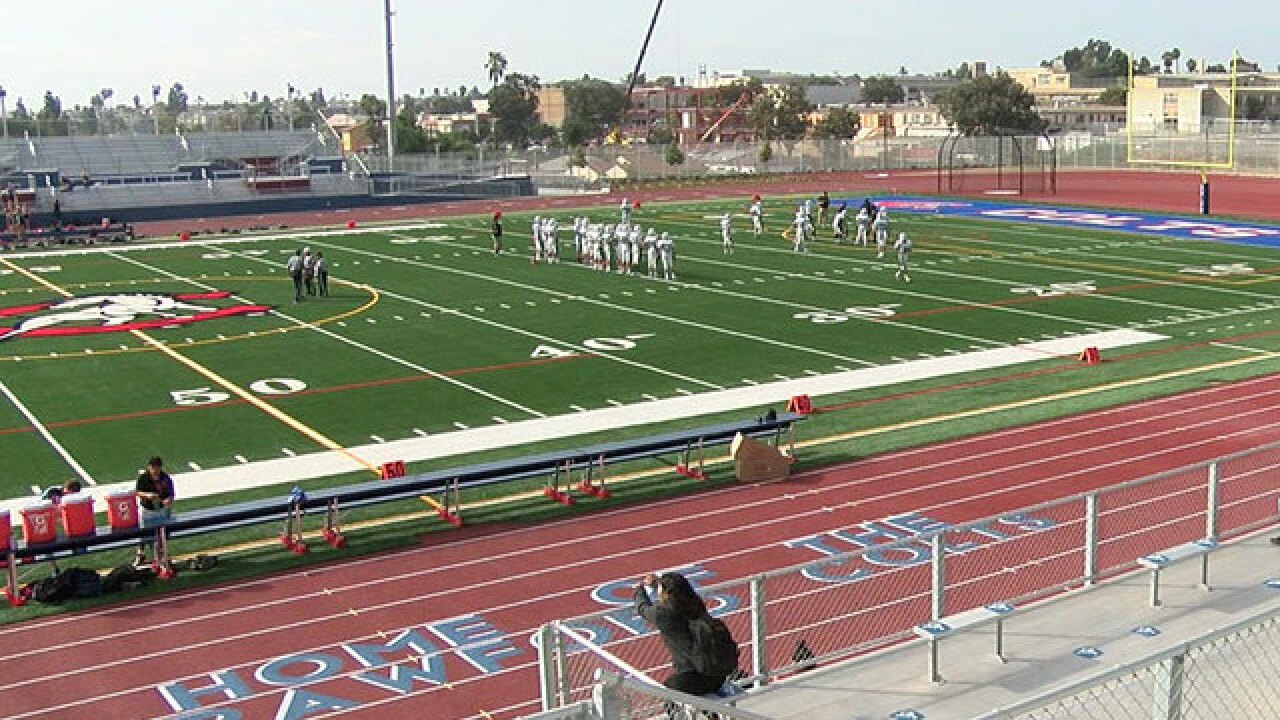 SAN DIEGO (KGTV) - The timing could not be better for the opening of a new stadium at Crawford High School.

Construction of a new stadium on the campus on 4191 Colts Way has finally finished, with a grand opening celebration scheduled for Friday at 6 p.m.

Some features of the new stadium include a synthetic turf field, all-weather running track, accessible bleachers, a scoreboard with an LED screen and state-of-the-art lighting.

In addition to the stadium, a new baseball field and nearly 5,800 square feet of new support facilities are being added -- projects that are all part of an ongoing campus modernization.

The stadium was paid for by two district bond measures approved by San Diego voters.

"The highlights of this new construction is it's like a rebirth for this community, it's what these kids have deserved, we've played on the road for three years," said Crawford High School Athletic Director Kelcie Butcher.

The opening of the new stadium comes as the school celebrates its 60th anniversary.