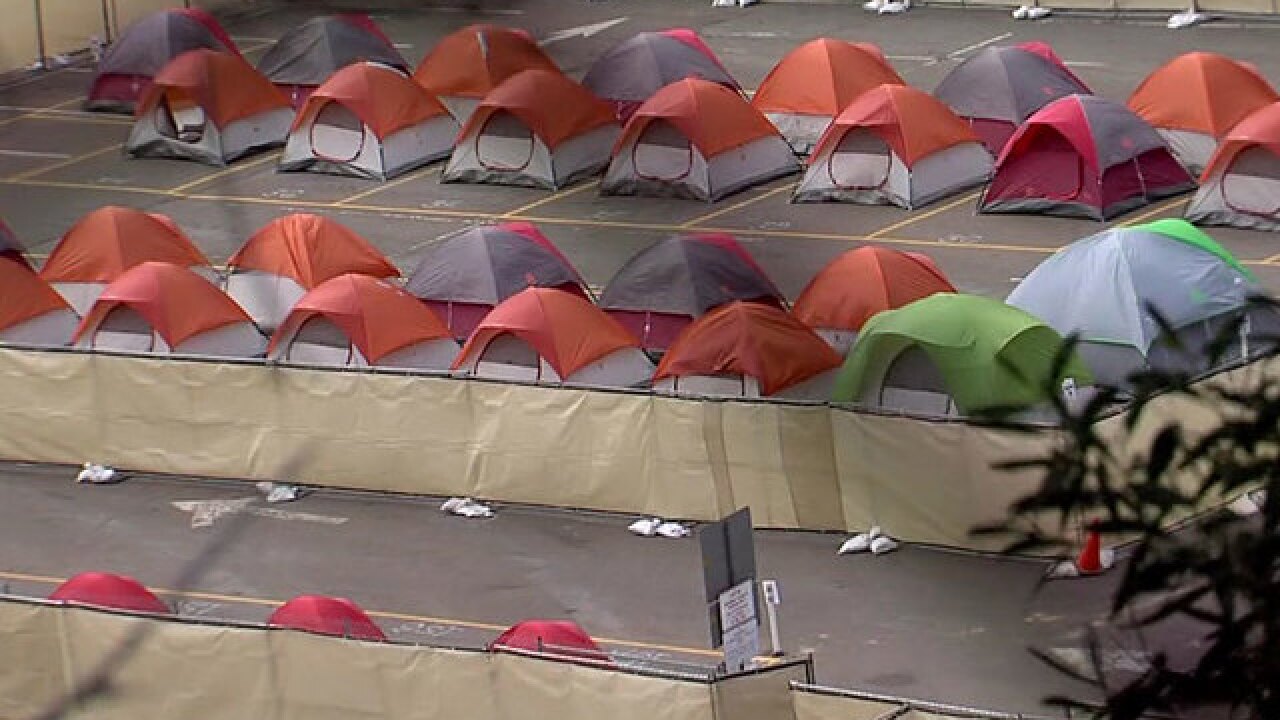 SAN DIEGO (CNS) - The city of San Diego Monday opened a camping area for the homeless, with 24-hour security, bathrooms and storage.

The 136-space facility was set up in the parking lot of the city operations yard in Golden Hill, just south of the Balboa Park Golf Course.

The camping area is operated by the nonprofit Alpha Project like a typical campground, with rules and regulations and an on-site manager. Each person will register and be assigned a 13- by 13-foot campsite, but each space can accommodate one or more individuals.

Some city operations and personnel have been moved to make room for the camp, which will be temporary until three larger tent shelters open at the following locations:

-- the parking lot on Father Joe's Villages campus at 14th and Commercial Streets in the East Village
-- a vacant lot in the 2700 block of Sports Arena Boulevard, behind the Goodwill store, in the Midway District to be run by the Veterans Village of San Diego
-- a vacated street at 16th Street and Newton Avenue for a shelter to be operated by the Alpha Project

Nurses provided 18 hepatitis A vaccinations this morning at the camping area.