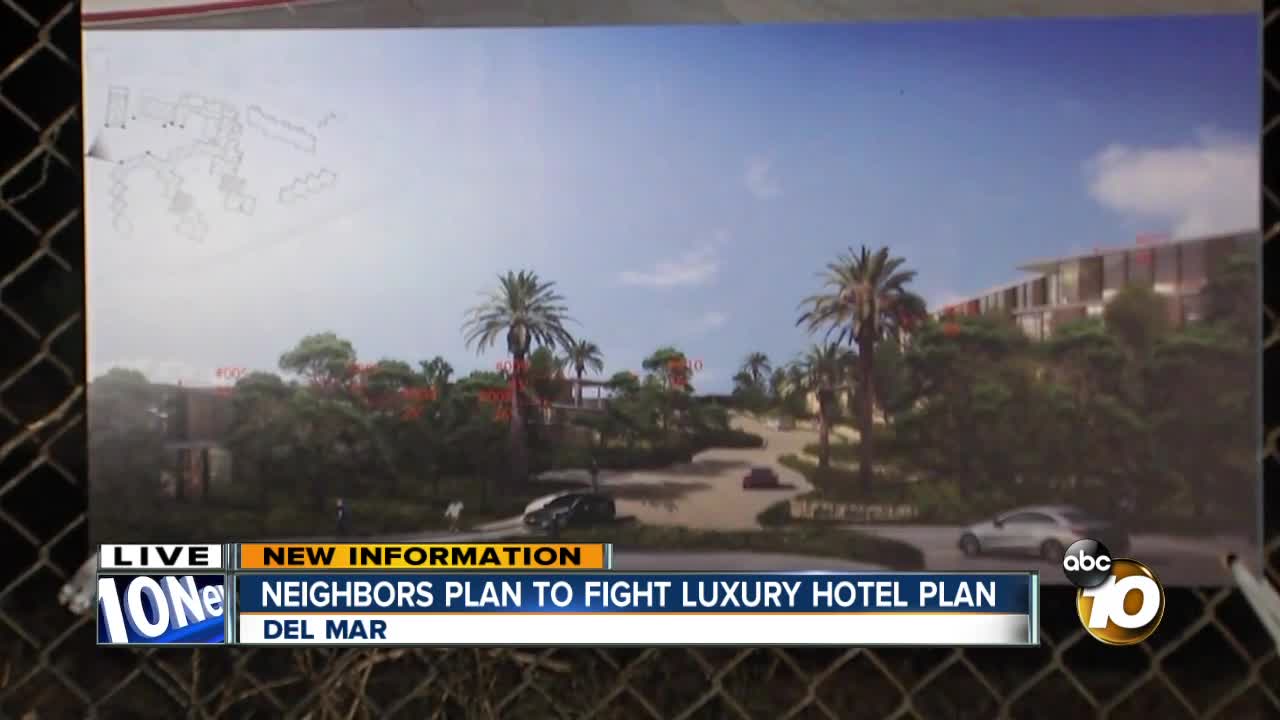 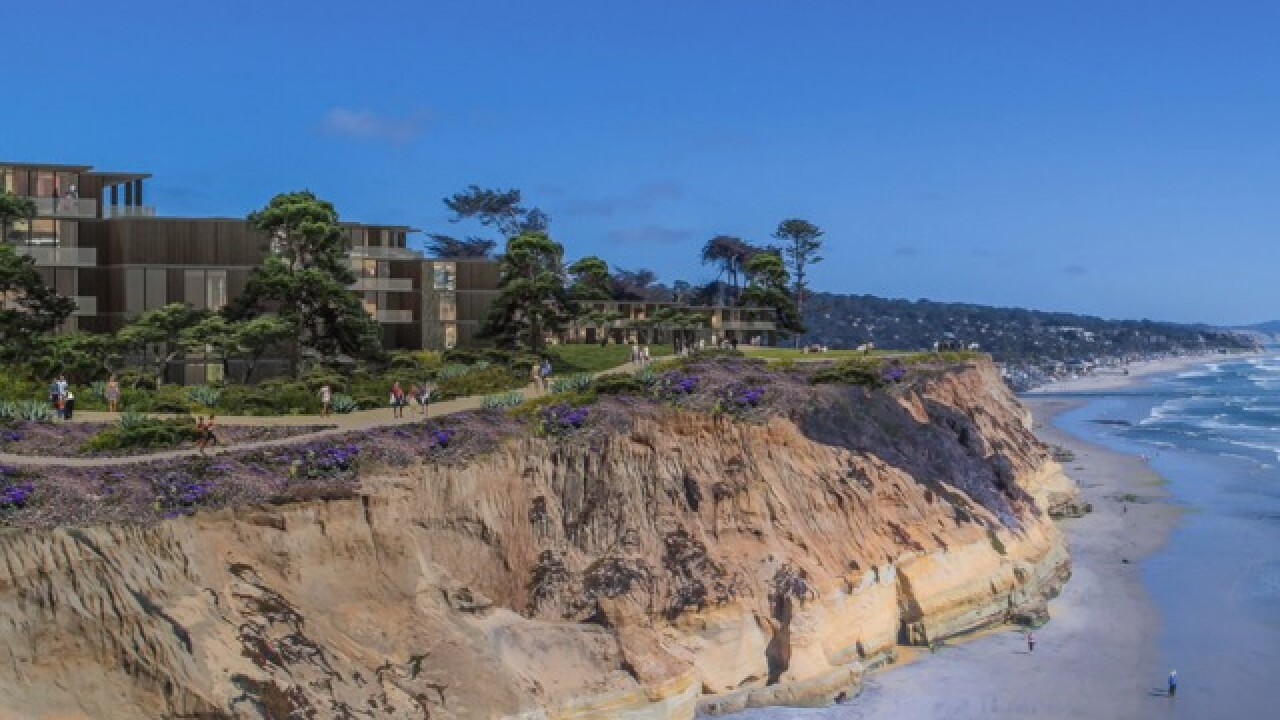 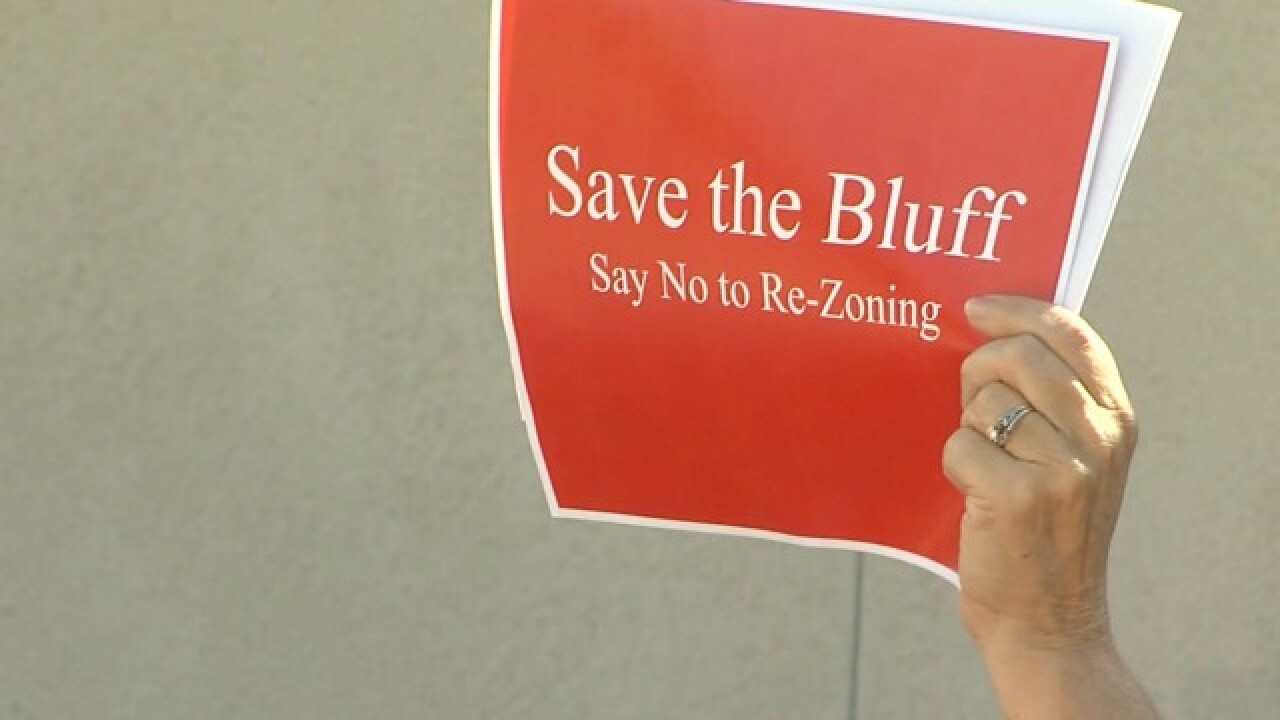 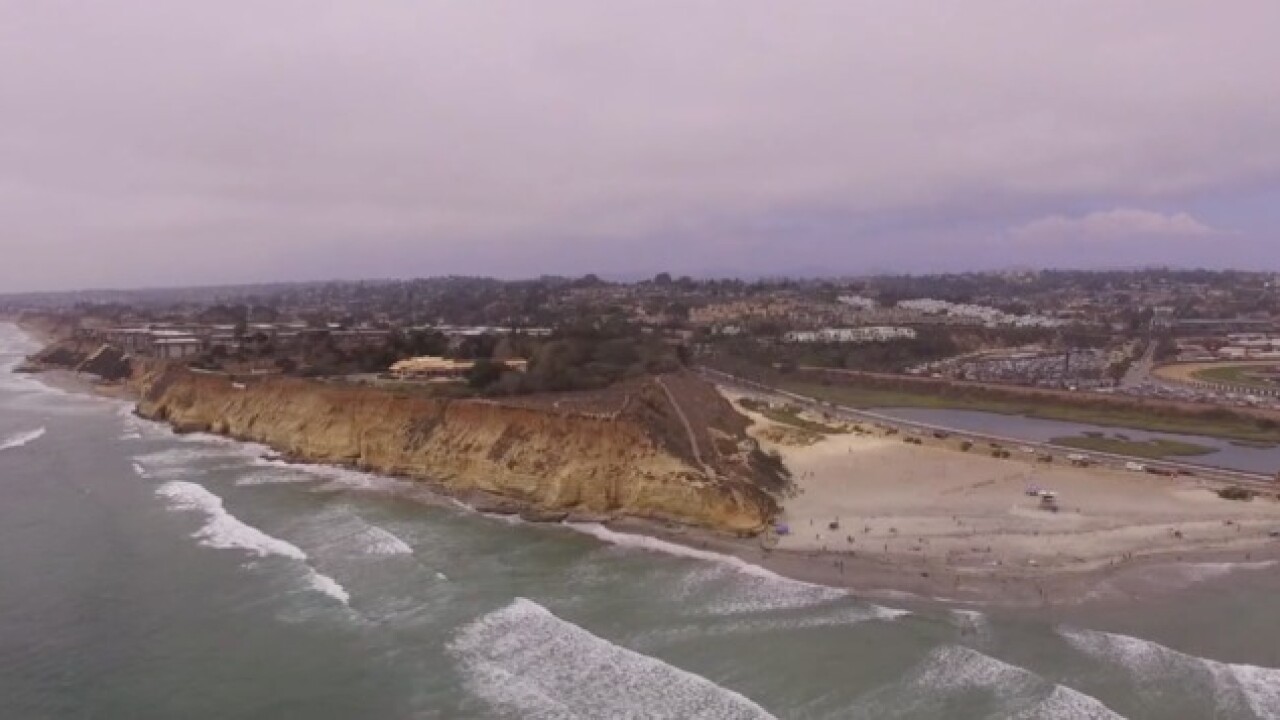 SOLANA BEACH, Calif. (KGTV) -- Neighbors in Solana Beach are launching a fight against plans for a luxury hotel in Del Mar.

The Robert Green Company and Zephyr want to build the Del Mar Resort at the intersection of Via De La Valle and Camino Del Mar, just north of Dog Beach. The 16-acre bluff top has been home to private homes for the last 100 years.

The Del Mar resort would include a luxury hotel with more than 250 rooms, more than 70 villas, four restaurants, public walking trails and a spa.

Monday night, the developers hosted a workshop for residents to ask questions and look at the design plans.

The project is estimated to bring in $8 million in Transient Occupancy Tax (TOT) to Del Mar, but people in Solana Beach say they're expecting nothing but headaches.

Many residents are worried about the traffic impacts to Via De La Valle, Highway 101 and Lomas Santa Fe, especially in the summer during the fair and racing seasons.

Developer Robert Green said they are committed to addressing the concerns of the community.

Green said the resort would finally provide public access to the scenic spot.

"Probably the biggest benefit to our project is to create a trail system that circumvents the entire property and opens up the entire bluff frontage to the public for access," Green said, adding that the project is still in its early stages and still needs approval from the California Coastal Commission and the City of Del Mar.

Story poles recently went up showing the scale of the project. Some homeowners fear it will destroy the feel of their beach community.

"It'll change everything that we know about our neighborhood that we live in," said Michelle Rogers who worries about changes to zoning. "How can you bring in 200 hotel rooms, all this development, the employee parking alone? Whatever they're saying cannot be realistic."

According to the developer, the lot is zoned residential for up to 21 homes. The city will be asked to approve a specific plan for zoning that would allow mixed use.

"We bought these properties relying on the fact that this would never be overdeveloped the way they are proposing right now," said Rogers.

There are also concerns about the stability of the bluff. Last week, a large chunk of the bluff just south of the resort site collapsed onto the beach below.

Green said they're working closely with geologists to address any erosion issues.

"We'll actually be stepping back from the bluff far more than anybody in Solana beach has been doing for the last 100 years or so, so our bluff set back is a real key to it all," Green said.

It's still early in the process. The developers hope to take to the project before the city for a vote next year with a goal of opening the resort in 2022.

Neighbors are circulating a petition online to prevent any changes to zoning.

"We will not go down without a big fight," Rogers said. "We are organizing and mobilizing and I hope the developers know this will not happen in our neighborhood."