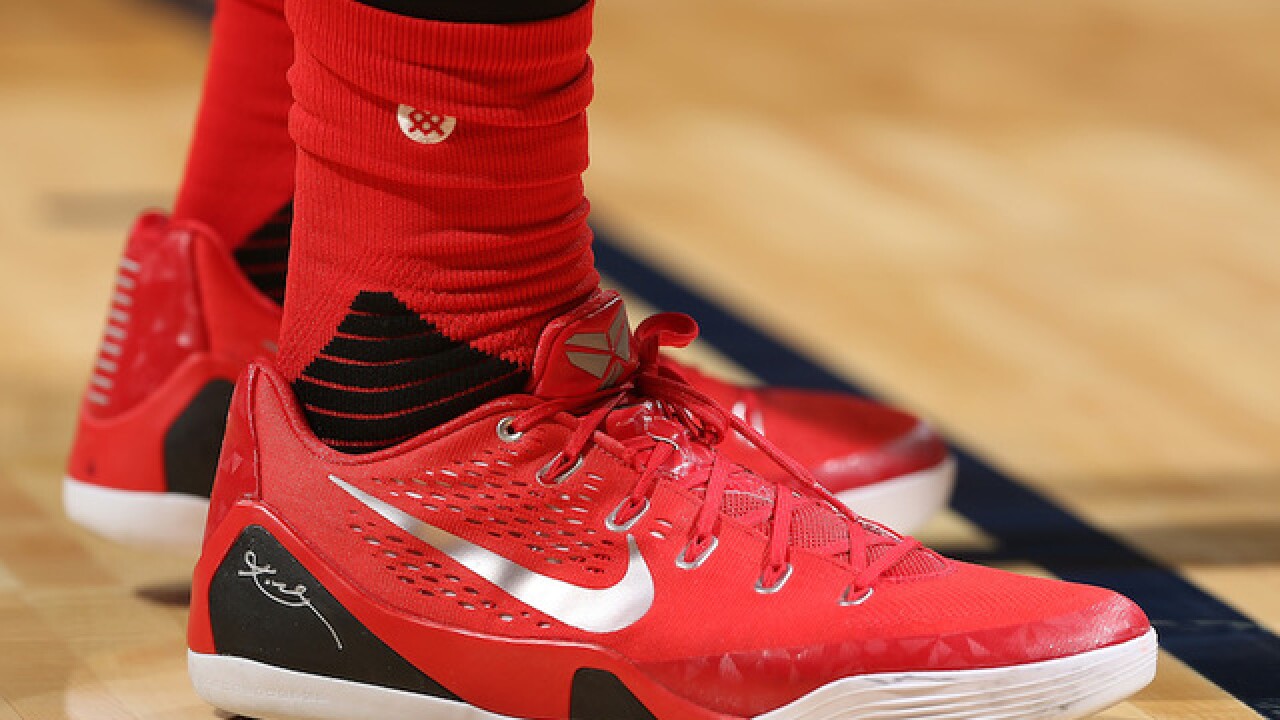 Copyright Getty Images
Doug Pensinger
<p>DENVER, CO - NOVEMBER 13: A detail photo of the shoes of Terrence Jones #6 of the Houston Rockets as he faces the Denver Nuggets at Pepsi Center on November 13, 2015 in Denver, Colorado. The Nuggets defeated the Rockets 107-98.</p>

The agency says Wednesday that had the fake special edition and retro design shoes been real, the manufacturer's suggested retail prices would have totaled more than $2.2 million.

The shoes were in two containers with contents declared as napkins.

Customs and Border Protection says collectors might pay between $1,500 and $2,000 for a legitimate pair of the shoes.