Zoo in Australia now home to a 14-foot crocodile 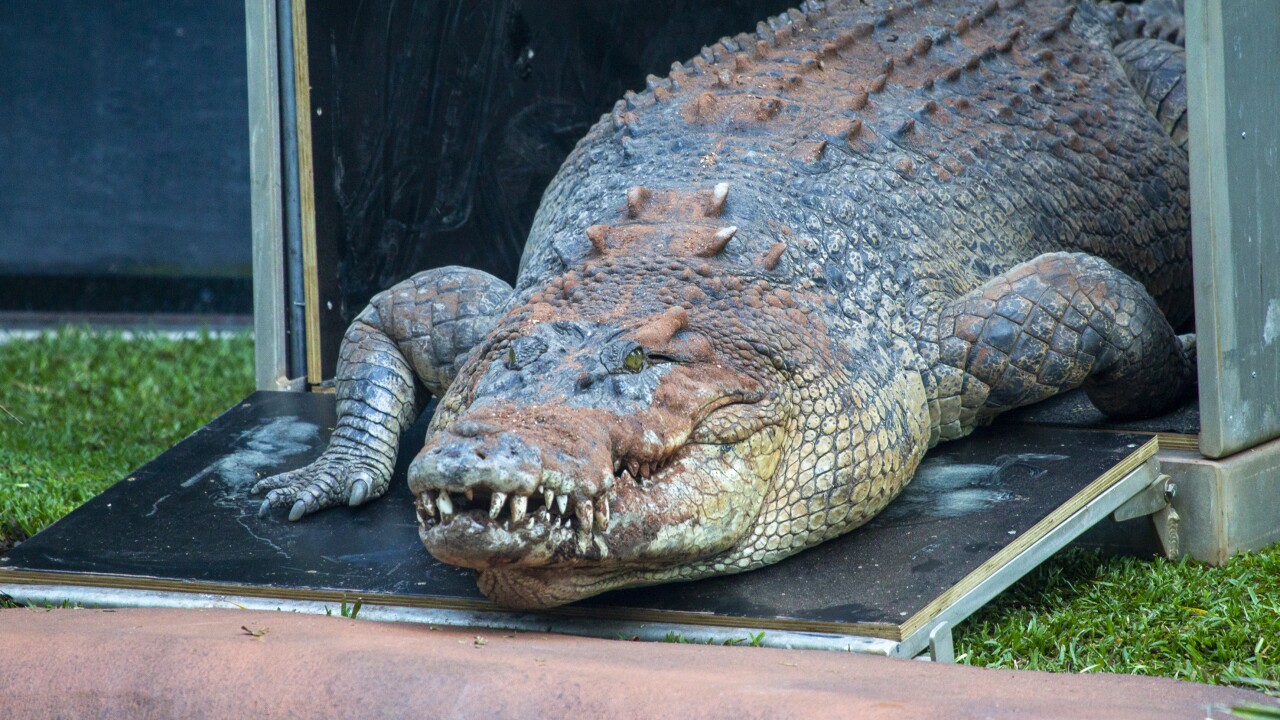 Dangalabba, a nearly 14-foot Estuarine Crocodile, has now made its home at the Perth Zoo in Australia after being rescued after officials feared for the crocodile's safety.

Dangalabba was rescued from a crocodile farm in Broome, Australia, which is clear 1,400 miles from Perth. Dangalabba then made the journey to the Perth Zoo in a climate-controlled truck.

"Dangalabba’s move to Perth was no small feat," the Zoo said. "It was planned to precision and involved a climate-controlled truck to keep the crocodile as happy and comfortable as possible, whilst a roster of truck drivers drove continuously so we could complete the 2000km+ journey quickly and safely."

On Thursday, Dangalabba jumped into his pool, which is kept at 80 degrees.