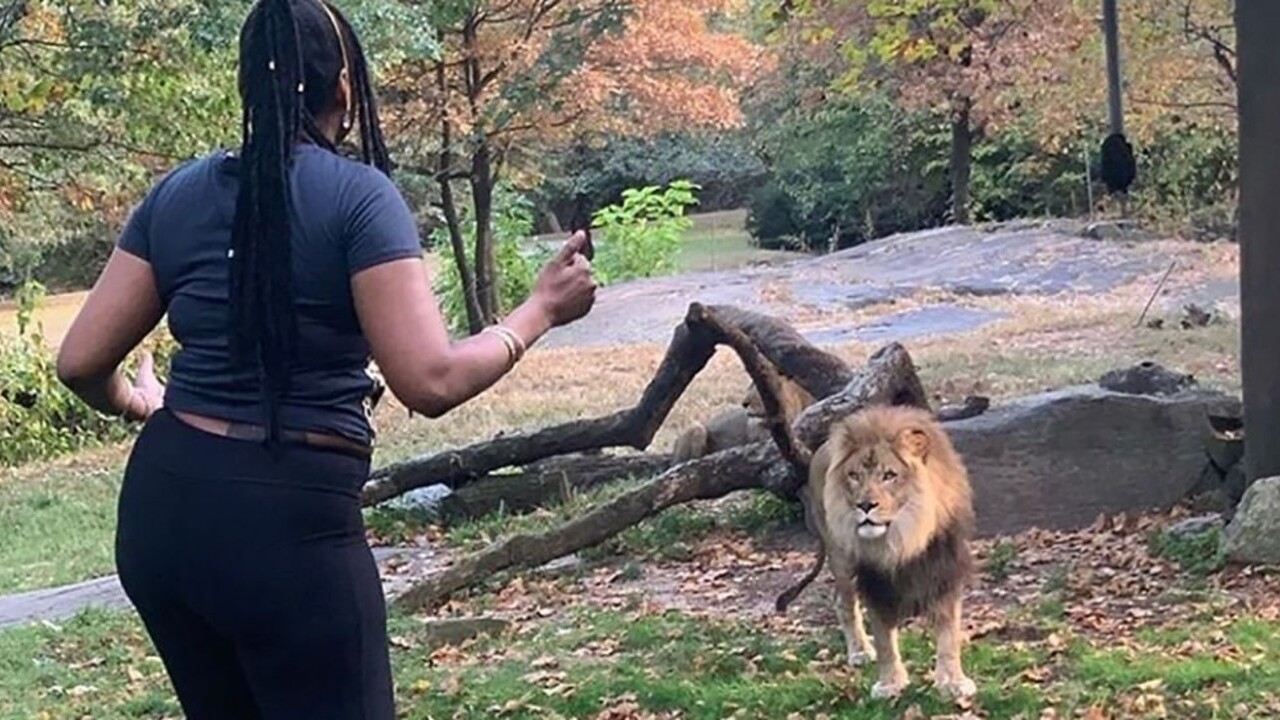 NEW YORK -- A woman accused of sneaking into the lion and giraffe exhibits at the Bronx Zoo in late September has been arrested, the New York Police Department announced.

Myah Autry, 30, who'd previously been identified by the NYPD as the woman who went into the enclosures, was arrested Wednesday night and charged with two counts of criminal trespass, according to police.

Autry posted on Instagram that she was going to Barclays Center to turn herself into police and notified several news media outlets, according to a law enforcement source. Detectives went to the area and arrested her. She was wearing an NYPD shirt at the time of the arrest, the source said.

It is unclear if Autry has an attorney.

Autry allegedly shared videos of herself climbing over the wooden fence on the day of the incident, then waving and dancing once inside as the big cat gawked.

In the video, the lion appears stunned, and the woman seems unbothered, even as the animal takes a few steps toward her.

"I want to get closer to him," the woman says in the video as she climbs over the wooden fence. "Baby! Hi, I love you!" she mumbles as she waves before later breaking into a little dance.

After her encounter with the lion, the woman posted a photo of herself with police officers on Instagram.

When video of the incident emerged, the Bronx Zoo was not amused, and officials there said the woman put herself in danger.

"This action was a serious violation and unlawful trespass that could have resulted in serious injury or death," it said. "Barriers and rules are in place to keep both visitors, staff and animals safe. We have a zero tolerance policy on trespass and violation of barriers."

Neither the woman nor the lion was injured in the incident.

It is unclear how the woman got over the barrier or how long she was there. But it appears she never crossed a large moat that separates the lions from those who visit the exhibit. The Bronx Zoo wouldn't say how wide or deep it is.