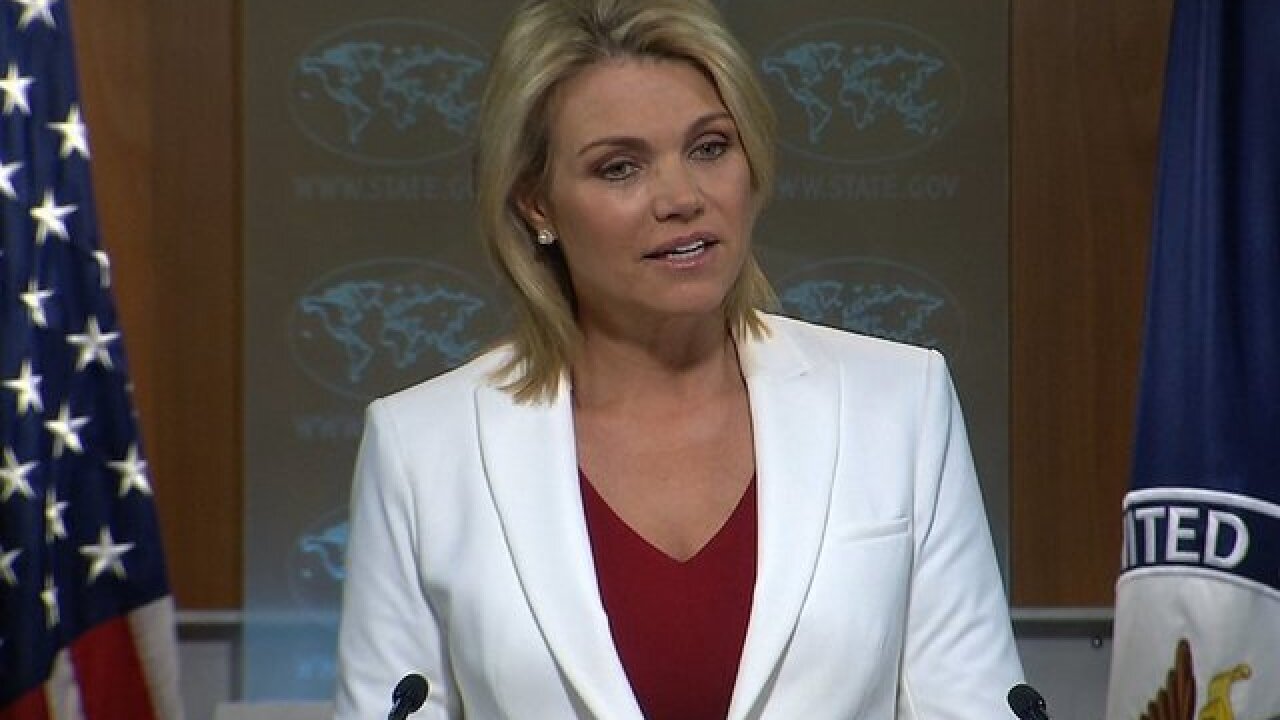 © 2018 Cable News Network, Inc.
CNN
<p>President Donald Trump has told advisers that Heather Nauert, the State Department spokeswoman, is his leading choice to become US ambassador to the United Nations and he could offer the post as soon as this week, two sources familiar with his pick told CNN.</p>

President Donald Trump has told advisers that Heather Nauert, the State Department spokeswoman, is his leading choice to become U.S. ambassador to the United Nations and he could offer the post as soon as this week, two sources familiar with his pick told CNN.

If named, Nauert, who met with Trump Monday, would leave her role at the State Department to take over for Nikki Haley, who surprised White House officials last month when she announced her decision to step down at the end of the year.

People close to the President cautioned that his pick is not final until it is formally announced. The White House declined to comment on the matter. Nauert has been keeping a low profile this week after meeting with Trump on Monday. Two of her daily briefings have been conducted by her deputy.

Trump has eyed several people to replace Haley, including Ric Grennell, the U.S. ambassador to Germany; Jamie McCourt, the U.S. envoy in Paris; and Kelly Craft, the ambassador in Canada. One person initially considered a leading contender, former deputy national security adviser Dina Powell, withdrew from consideration early in the process. Trump has repeatedly told aides he wanted a woman to fill the role.

Nauert, who came to government from Fox News, served as State Department spokesman for both Rex Tillerson and Mike Pompeo but has enjoyed a closer relationship with Trump's second secretary of state than she did Tillerson, who was privately skeptical of her close ties with the West Wing.

Her elevation to a top diplomatic role underscores the importance Trump has placed on having his top aides also serve as television surrogates. Nauert has briefed regularly from the State Department podium and had a long career in television news before that.

Still, as a diplomat she lacks experience. Previous holders of the U.N. ambassador position — including current national security adviser John Bolton — came to the role with years of foreign policy experience. Nauert served briefly as Undersecretary for Public Diplomacy from March until October.

Nauert would face what could be a contentious confirmation hearing, with Democrats quizzing her on her qualifications for the post.

Instead, Nauert comes with something perhaps more valuable in the Trump administration: loyalty and a willingness to defend the President. That loyalty has at moments caused friction at the State Department. As Tillerson's relationship with Trump began to deteriorate in his final months, he privately told allies he thought she was more loyal to the West Wing than the State Department. Chief of staff John Kelly informed Tillerson his time in the top diplomatic post was expected to end while on a multi-country sweep through Africa. Trump later announced his firing on Twitter.

The U.N. ambassador role is viewed by some as a launching point for higher-profile positions. Both Bolton and Susan Rice, who served in the post under President Barack Obama, eventually became White House national security advisers.

The position is based in New York, so is also viewed as having less direct oversight than a high-level post in Washington.

Nauert's move to the United Nations would take her out of the running for other roles in the West Wing, which has struggled at times to fill key positions and went without a communications director for months. Nauert was widely seen as the front-runner to replace Sarah Sanders as White House press secretary when she leaves which she is expected to do in the coming months after more than a year in the role, according to multiple officials.