President Donald Trump will give the State of the Union address on Tuesday evening. 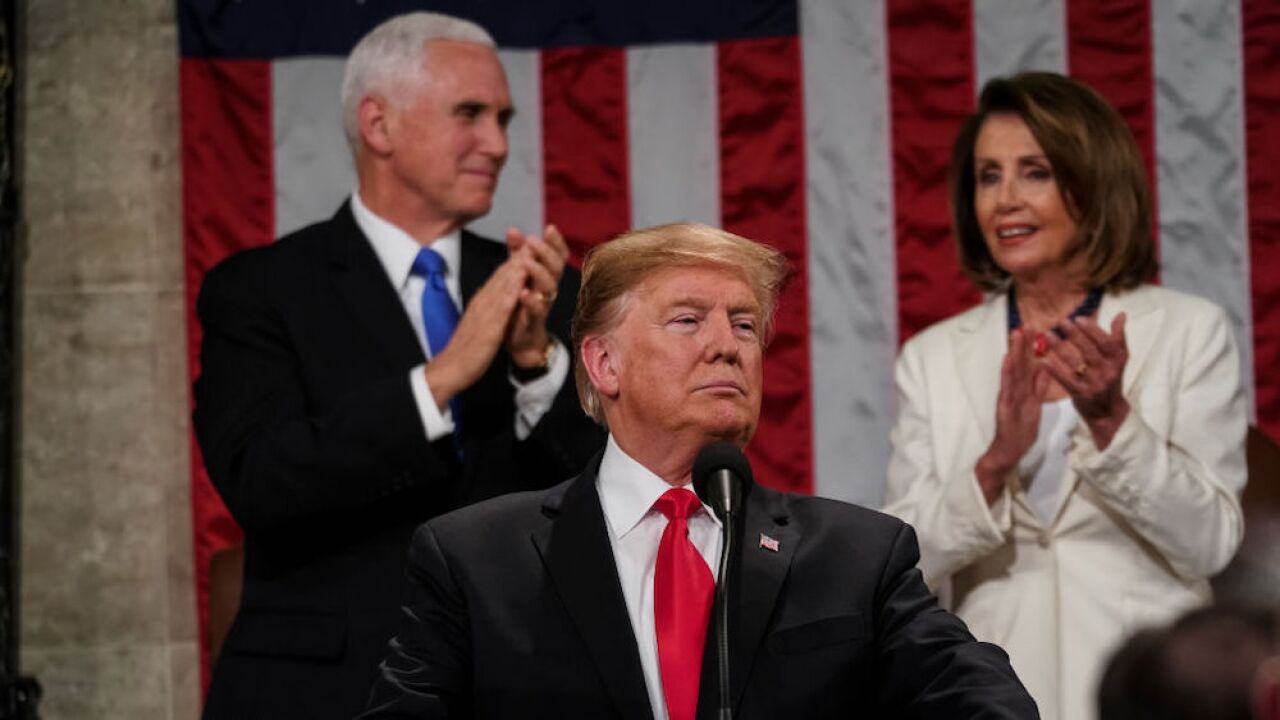 When President Donald Trump gives the State of the Union address in the Capitol Building on Tuesday evening, he'll have plenty to discuss.

Trump's annual address to Congress comes amid an impeachment battle which he is poised to win, the worldwide outbreak of a deadly disease, heightened tensions with Iran, a booming economy and an impending presidential election.

The State of the Union will begin at 9 p.m. ET in the Capitol Building. Here are some topics Trump may discuss during the address:

Trump will deliver his State of the Union just hours before Senators are expected to acquit him of two articles of impeachment. House impeachment managers and Trump's legal team delivered closing arguments on Monday, leaving just comments from Senators before the final vote, which is scheduled to take place at 4 p.m. ET on Wednesday.

It's not clear if Trump will use the State of the Union — hosted by Speaker Nancy Pelosi, who led the House Democrats' impeachment campaign — as a victory lap. But Trump has not shied away from addressing the impeachment campaign — which he refers to as a "hoax" — on social media and in his comments to the media.

Less than a month ago, the United States found itself on the brink of war with Iran after Trump ordered the assassination of Qassem Soleimani, one of Iran's top military officials. Iran responded by firing missiles at an Iraqi airbase housing U.S. troops. Trump reported that there were no casualties in the hours after the strike, but in recent weeks, the Pentagon has announced that as many as 50 soldiers suffered traumatic brain injuries from the missiles.

While Trump has not ordered further military action in Iran, the country remains a lingering issue for his administration's foreign policy plan. Iran reportedly resumed its nuclear program soon after Trump abandoned a joint nuclear agreement with the country in 2018.

On Monday, the CDC announced that 11 people in the United States are infected with the novel coronavirus, the flu-like disease that is spreading rapidly in China. Among those 11 people, two of the cases are the result of a person-to-person spread in the U.S.

On Friday, Trump's coronavirus task force declared the disease a public health emergency throughout the United States and announced that it would deny entry into the U.S. to some foreigners who posed a risk of spreading the disease further in the U.S.

While the stock market has taken a dip in recent days over coronavirus fears, the U.S. economy remains strong. The Dow has risen steadily since Trump took office in 2017, unemployment is low and the housing market is hot.

Trump will also likely use the State of the Union to tout the USMCA — a revised version of NAFTA — which he signed into law late last month. Most analysts say the USMCA will be a modest improvement over NAFTA.

Trump will also likely tout "Phase 1" of a trade deal which he signed with China in January, which ended a prolonged trade war and relaxed some tariffs on Chinese imports.

With a presidential election coming up in 2020, Trump will likely continue to champion one of his signature issues: a cap on immigration. Just last month, Trump received a favorable ruling from an appeals court that would allow him to use military funds to construct a border wall on the U.S.-Mexican border. While legal hurdles remain before the funds are cleared, the ruling was a win for the Trump administration.