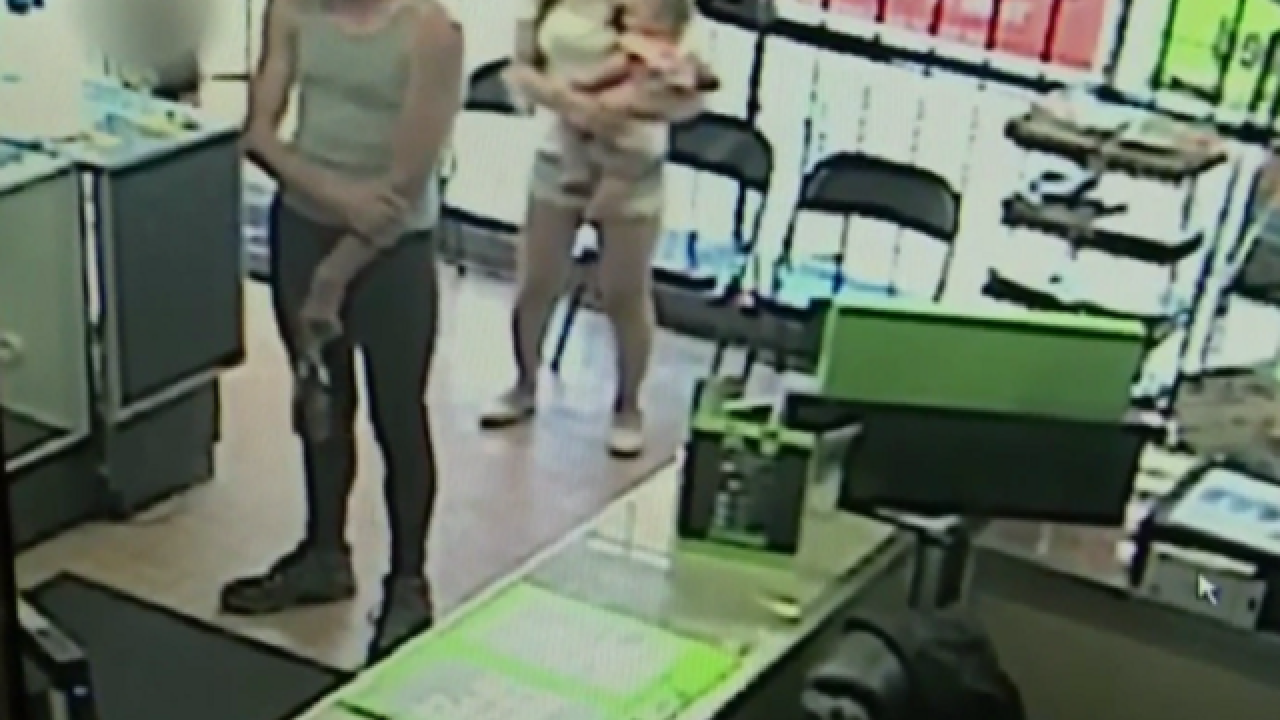 Terrifying video footage shows the attempted kidnapping of a child inside of a store, just feet from the young victim’s mother.
The chilling incident in Victorville, California, was caught on the cell phone store’s surveillance camera.
Footage shows a woman entering a cell phone store, holding a baby and with her 4-year-old daughter by her side. Seconds later, a man opens the door and snatches the girl, dragging her outside as the mother races after him.
Another person inside the store also appeared to run outside to help.
According to KNBC , the child fell to the ground, causing the would-be abductor to lose his grip.
"The mom was in here she was very hysterical," said the store’s owner, Stella Moriel. "Her daughter was very traumatized, just clinging on to her, wouldn't let go. Both babies were crying."
Deputies with the San Bernardino County sheriff's arrived and arrested 24-year-old Terry Lynn Ransom, a Hesperia resident.
Investigators say Ransom may have been high on drugs. He faces charges of attempted kidnapping.
Copyright 2016 Scripps Media, Inc. All rights reserved. This material may not be published, broadcast, rewritten, or redistributed.