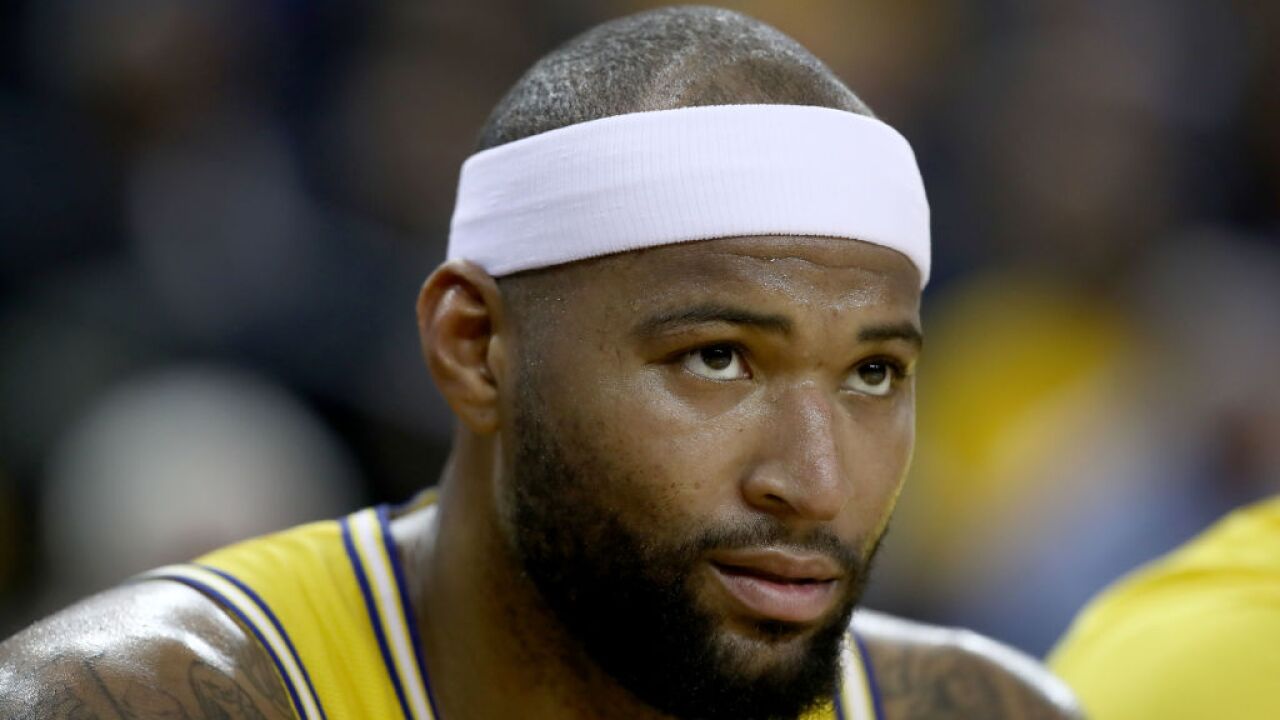 Cousins, who joined the Lakers during the offseason after going to the NBA Finals with Golden State in 2019, is accused of threatening his former girlfriend, TMZ reported, citing a police report. The police report also stated that Cousins had previous choked his ex-girlfriend.

Earlier in the week, TMZ released a video reportedly of Cousins threatening his ex-girlfriend, who is also the mother of Cousins' child. The woman told Cousins that their child would not be allowed to attend Cousins' wedding.

The NBA and Lakers both told ESPN that they are investigating the matter.

Cousins struggled with injuries last year as a member of the Warriors. He only played in 30 regular season and eight playoff games. He also will likely miss much of the upcoming season due to an ACL injury.

Cousins has been invited to four NBA All-Star Games.