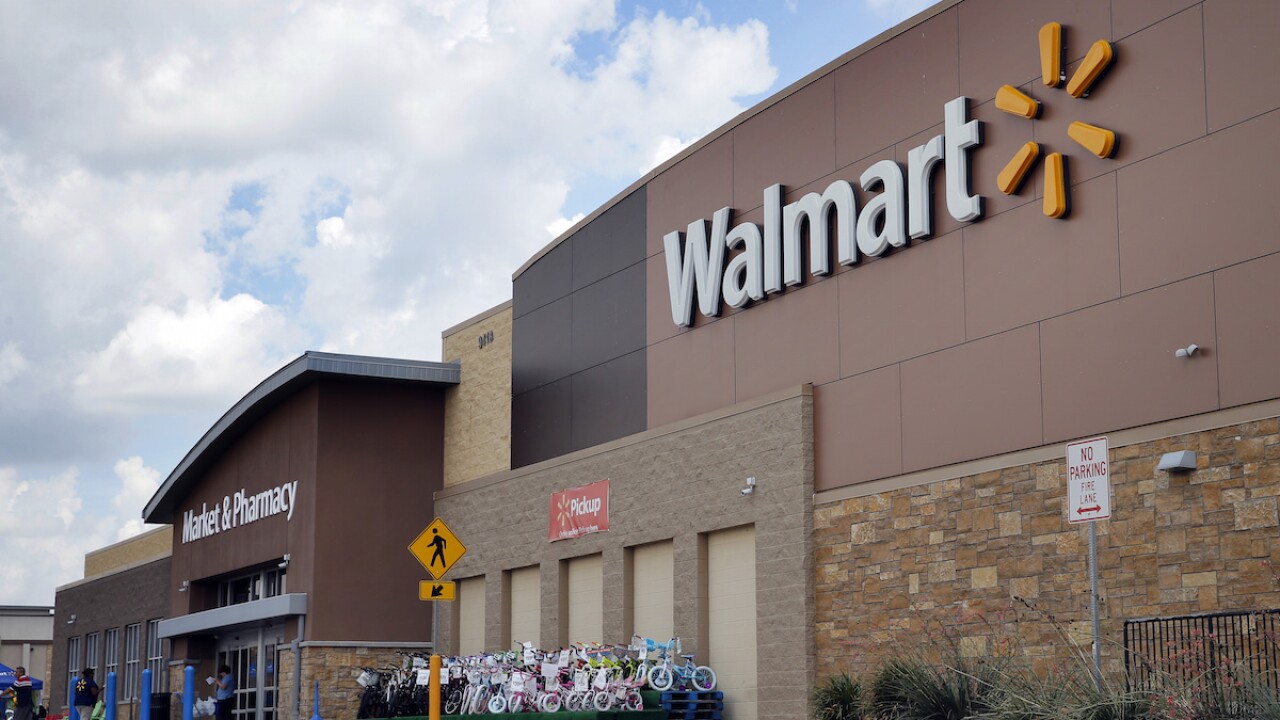 Tony Gutierrez/AP
Persons walk in and out of a Walmart store, Friday, Aug. 26, 2016, in Dallas. (AP Photo/Tony Gutierrez)

Walmart announced Thursday that beginning in October, it will raise hourly wages for nearly 165,000 employees.

In a blog post, Dacona Smith, Chief Operating Officer, Walmart U.S., said the retailer was introducing a "team-based operating model" at Supercenters since they've been successful with it at its Sam's Club and Neighborhood Market stores.

"We're investing in new roles and skills training to give us the flexibility to serve customers anytime and anywhere," Smith said in the blog post. "In turn, associates will have more room for career and pay growth."

Beginning in October, hourly team lead roles will be paid between $18 and $21 an hour, and if they work at a Supercenter, they could be paid up to $30 an hour, Smith stated.

Smith also noted that the deli and bakery areas would be paid from $11 an hour to $15. Hourly employees in the auto care center would receive an increase of $1 or more per hour.

"We are re-investing in several ways to provide associates with higher and more consistent base pay," Smith said. "Likewise, for these select hourly roles, this increase will also take the place of the regular quarterly bonus and become part of their base pay going forward, offering more predictability and more pay in their hourly wages."