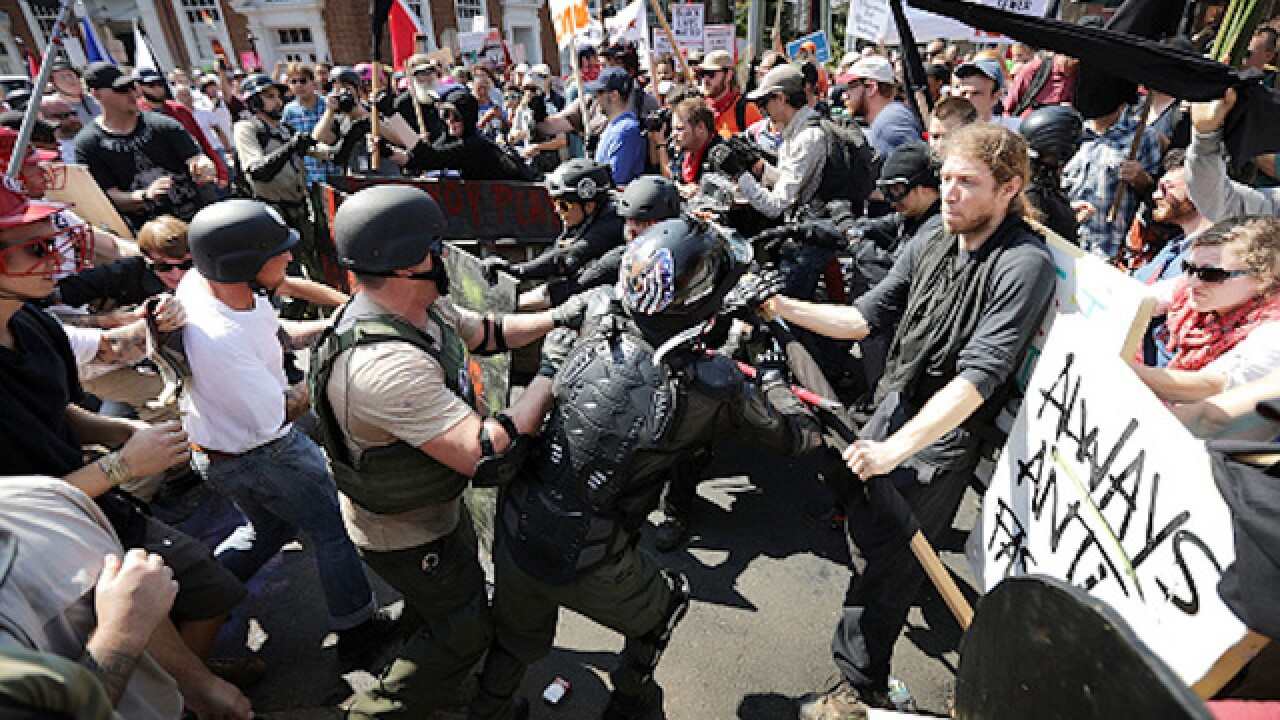 Copyright 2018 Scripps Media, Inc. All rights reserved. This material may not be published, broadcast, rewritten, or redistributed.
Chip Somodevilla
CHARLOTTESVILLE, VA - AUGUST 12: White nationalists, neo-Nazis and members of the "alt-right" clash with counter-protesters as they enter Emancipation Park during the "Unite the Right" rally August 12, 2017 in Charlottesville, Virginia. After clashes with anti-fascist protesters and police the rally was declared an unlawful gathering and people were forced out of Emancipation Park, where a statue of Confederate General Robert E. Lee is slated to be removed. (Photo by Chip Somodevilla/Getty Images)

Virginia Gov. Ralph Northam has declared a state of emergency in Charlottesville this weekend as the city braces for demonstrations on the one-year anniversary of deadly white supremacist rallies.

While the group who organized last year's "Unite The Right" rally will be marching in Washington, DC this weekend, the city of Charlottesville is bracing for large crowds according to the city website.

Violence broke out at the first "Unite The Right" on Aug. 11 and 12 last year in Charlottesville as white supremacists and counter-protests clashed. One counter-protester was killed when a white nationalist rammed his car into a crowd. Nineteen others were injured.