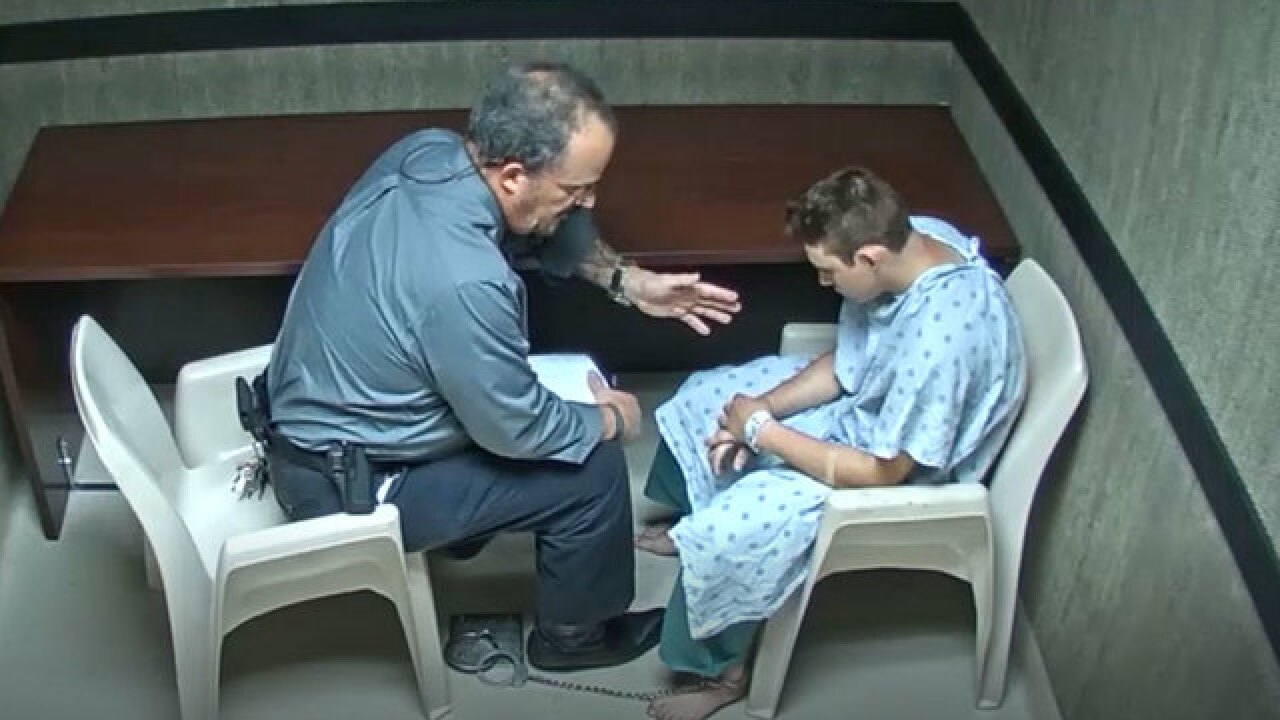 WATCH THE INTERVIEW (2.5 HOURS) IN THE VIDEO PLAYER BELOW:

Video and audio of the interview with the accused Stoneman Douglas High School shooter, Nikolas Cruz, was released from the Broward County State Attorney's Office Wednesday afternoon, showing some of the accused shooter's thoughts following the massacre.

"Burn, kill, destroy," Cruz said, in reference to what he said an evil voice tells him to do.

"I think you like the demon," Detective Curcio said.

"Why didn’t you stop it then?" Curcio said.

"That’s if the demon even exists," Curcio said.

19-year-old Cruz spoke softly and talked about about mental and emotional torment throughout his life, including issues with his family and bullies, a history of abusing marijuana and Xanax and two suicide attempts.

He had the most to say about an evil voice he claims to have heard since his dad died more than 10 years ago.

"I understand. Everybody’s got a quote good and bad side," the detective said.

Cruz turned down the detective's offer for water at the beginning of the interview saying, "I don’t deserve it."

The details of his account of the shooting were redacted from the interview.

He talks about considering hurting people at a park about a week before the shooting.

He said the voice, a demon, encouraged him to buy guns and do evil things, saying it also tells him "to hurt people."

The only person he said he told about the evil voice was his brother. Six hours into the interview, Zachary Cruz walked in.

Zachary asked Cruz why he did this, but then went on to tell him he loves him.

Portions of the interview were redacted and edited out before the Broward County State Attorney's Office released the clip because video of Cruz confessing is not being released right now.

The State Attorney's office intends to seek the death penalty in the case.