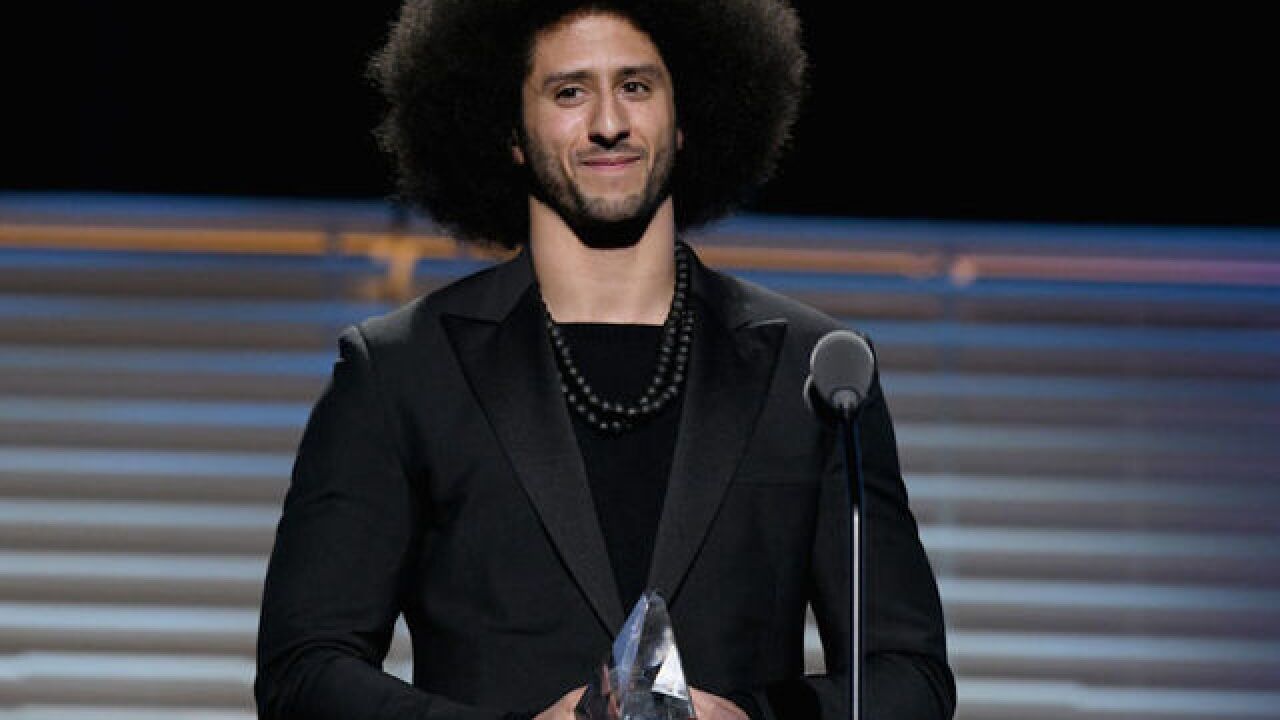 Copyright 2018 Scripps Media, Inc. All rights reserved. This material may not be published, broadcast, rewritten, or redistributed.
Slaven Vlasic
<p>NEW YORK, NY - DECEMBER 05: Colin Kaepernick receives the SI Muhammad Ali Legacy Award during SPORTS ILLUSTRATED 2017 Sportsperson of the Year Show on December 5, 2017 at Barclays Center in New York City. Tune in to NBCSN on December 8 at 8 p.m. ET or Univision Deportes Network on December 9 at 8 p.m. ET to watch the one hour SPORTS ILLUSTRATED Sportsperson of the Year special. (Photo by Slaven Vlasic/Getty Images for Sports Illustrated)</p>

Nike has released their first full ad featuring Colin Kaepernick and several other athletes, days after the announcement of his deal with the company sent social media into a frenzy.

Kaepernick posted a tweet making the announcement Monday, which read "Believe in something, even if it means sacrificing everything."

You can watch the full video in the player below.

Many questioned on social what Kaepernick has really sacrificed, as he uses his platform to try to bring attention to racial injustice, compared to people who have served in the military or law enforcement.

Kaepernick has not played in the NFL since 2016 when his national anthem "kneeling" protest drew anger from the president and some fans.

Others compared Kaepernick to Pat Tillman, who gave up a career to join the military and eventually died in the line of duty. Tillman's wife and friends have said on several occasions that they do not want Tillman to be mentioned in arguments over politics.

Other athletes featured in the video include Lebron James, Serena Williams, and Shaquem Griffin, who was drafted by the Seahawks this year despite only having one hand.