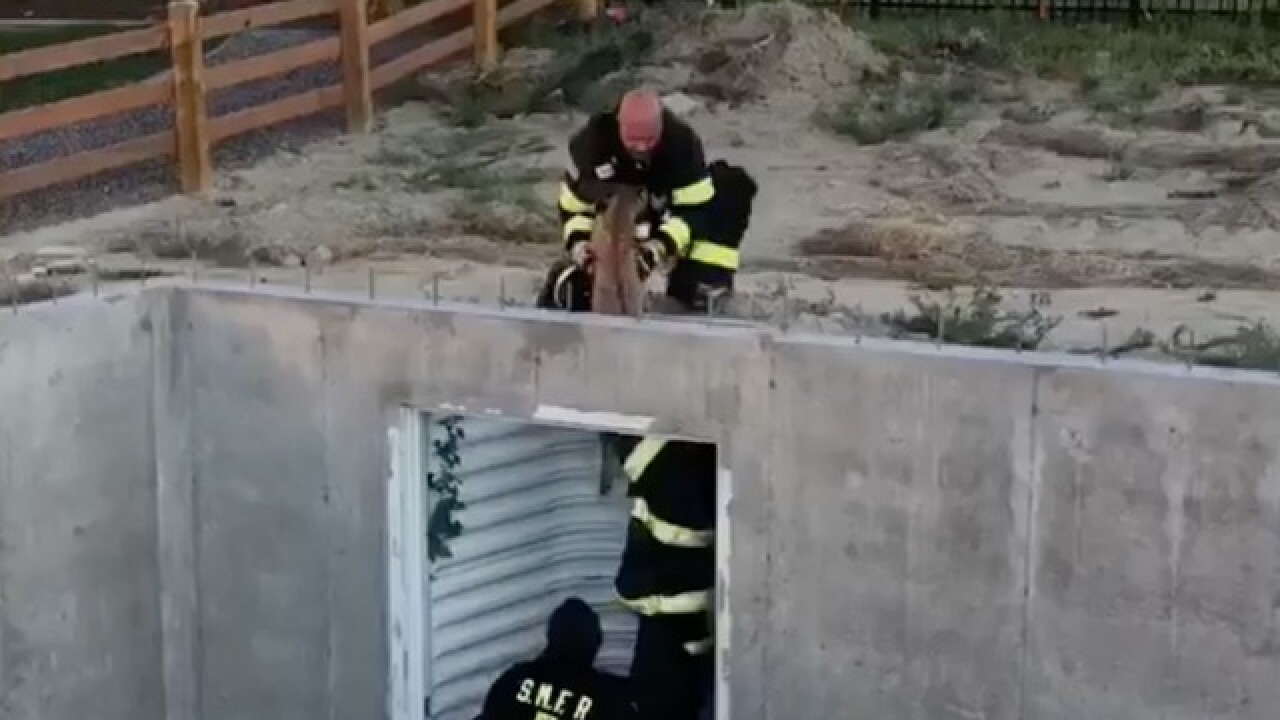 AURORA, Colo. — When a fawn found itself in the basement foundation of a home under construction, it was firefighters to the rescue.

On Sunday evening, residents in a southeast Aurora, Colorado neighborhood called on three of their neighbors, who happened to be off-duty members of South Metro Fire Rescue and the Thornton Fire Department, to rescue the young deer.

When it was first lifted out of the basement foundation, it ran to the edge of the property and tried to squeeze through metal fencing, but couldn't fit. The firefighters gave the animal another boost over the fence and it bounded away, said a spokesperson with SMFR.