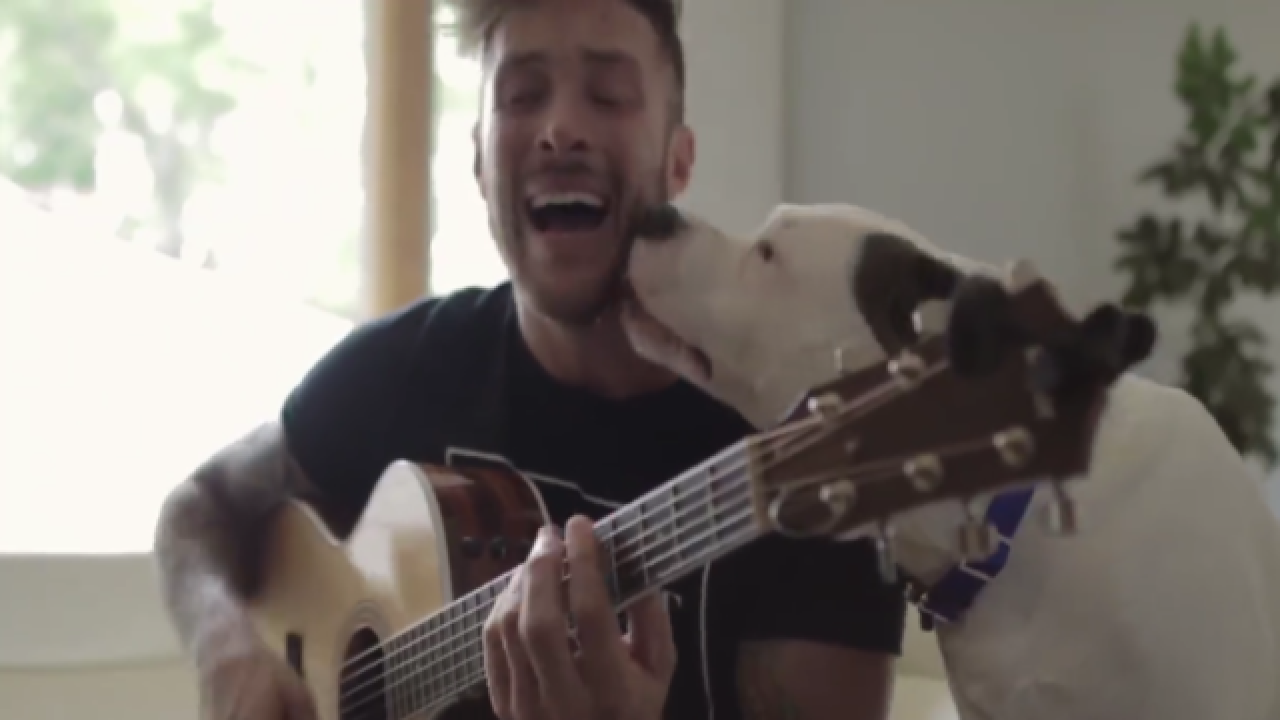 While Michiganmusician Dan Tillery awaits Waterford Township's decision on whether he can keep his new dog Diggy because of a breed ordinance, the pair decided to have a jam session.

Tillery posted a sweet music video with the duo to his Facebook page early Saturday morning.

Police officers went to Tillery's home Thursday afternoon and later informed him that because Diggy looks like a pit bull, he has to go.

But Tillery is hoping that Township officials will reconsider the verbal order, because the paperwork that he has from a veterinarian and another municipality's animal control have classified Diggy as an American Bulldog.

Tillery obtained a Waterford Township dog license for Diggy on Wednesday where he indicated that Diggy is an American Bulldog.

"I'm not giving Diggy up. I don't want to give Diggy up," said Tillery outside the Waterford Township Police Department Friday afternoon.

One of the veterinarians the non-profit rescue uses classified Sir Wiggleton (now Diggy) as American Bulldog.

The dog came from Detroit Animal Care and Control where he was picked up as a stray early this year.

On a Facebook post last week, we're told a DDR volunteer described the dog as an "American Bulldog/Pit bull" mix, and, the description that differs from all paperwork, may have been an assumption because a large number of dogs DDR saves from the Detroit facility are often pit bulls and pit bull mixes.

On Friday, police said if a veterinarian of their choosing is allowed to inspect Diggy, and they consider him to be an American Bulldog, Diggy can stay. But if the vet considers Diggy to be a pit bull, then he has to go.

"We just want to enforce the ordinance," said Waterford Township Police Lieutenant Todd Hasselbach. "If he's willing to go to the vet to get the dog looked at for us then that's fine too."

"He's the most amazing thing," said Tillery's girlfriend, Megan Rose Long, of Diggy. "He sleeps in our bed every night."

"I just want to make sure Diggy still has a smile on his face," said Tillery. "I'm hopeful that everything will work out."