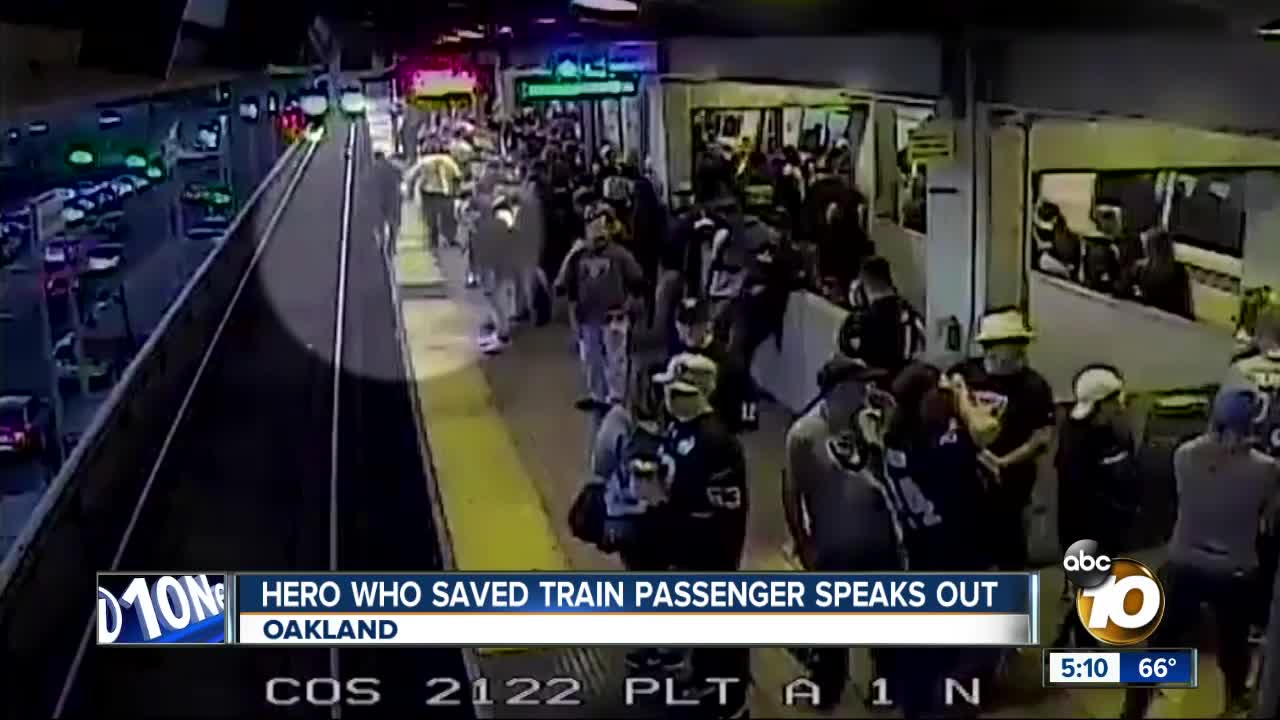 The humble hero is asking others to pay it forward. 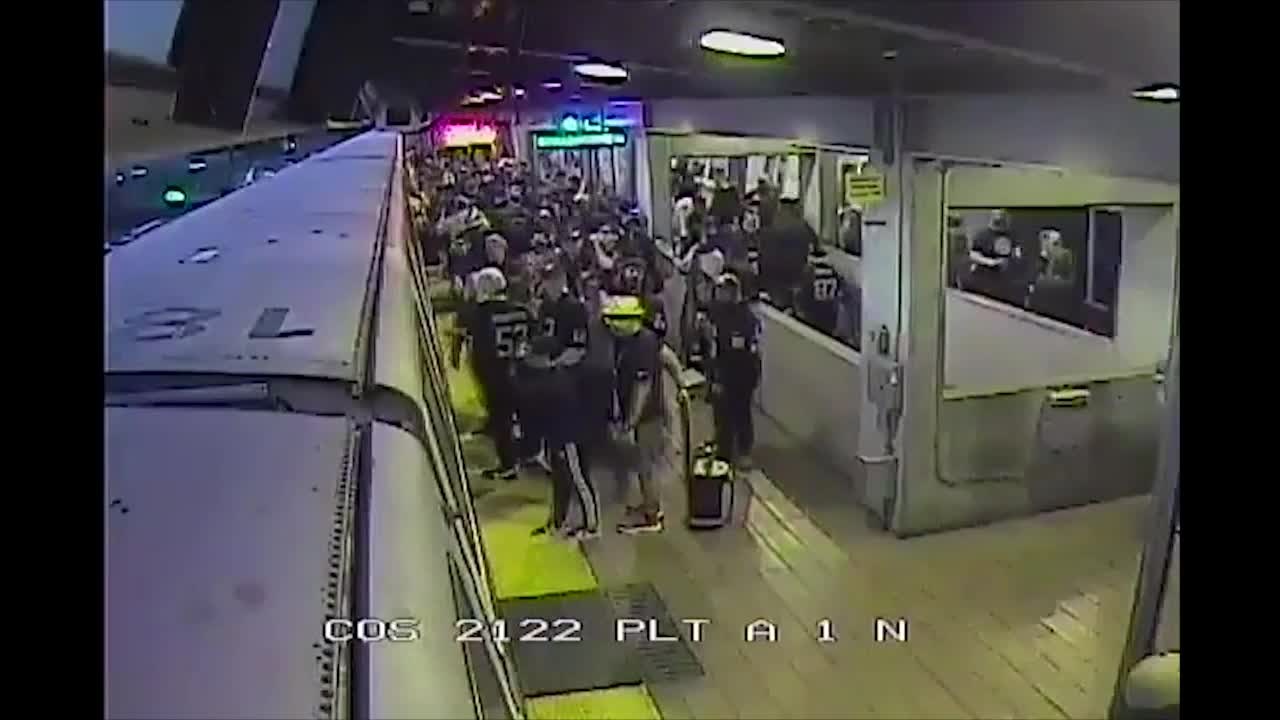 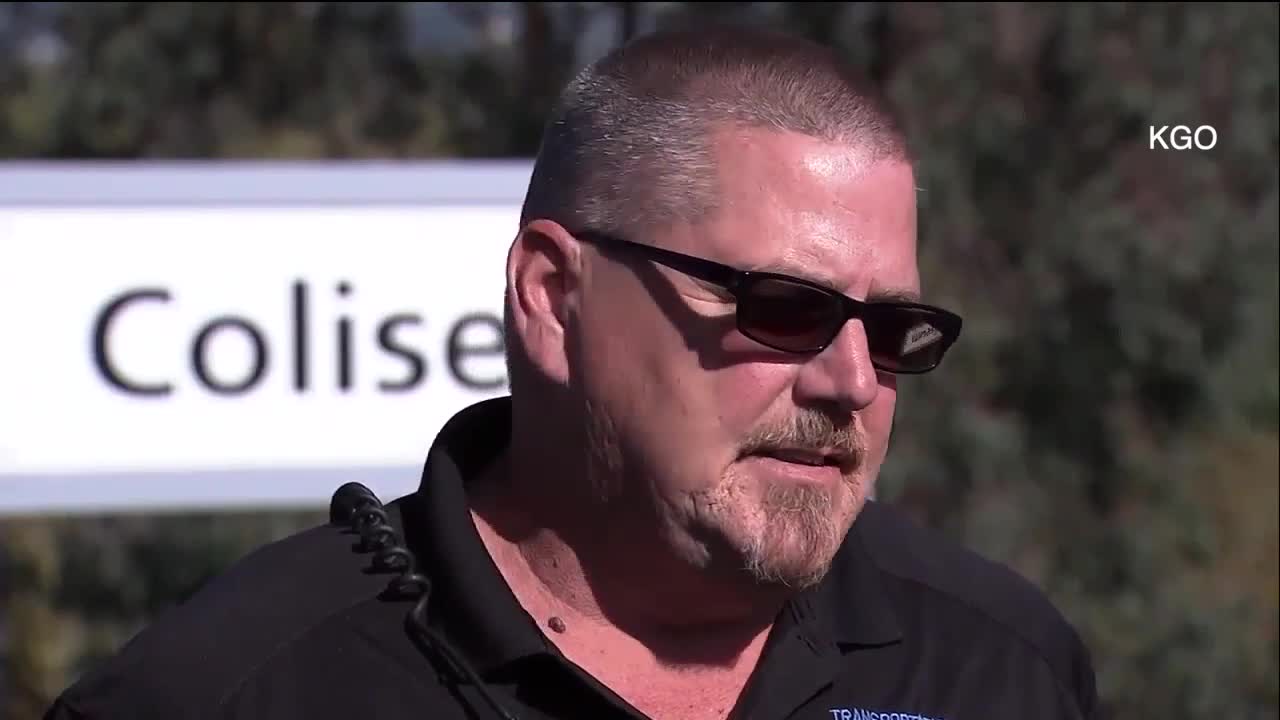 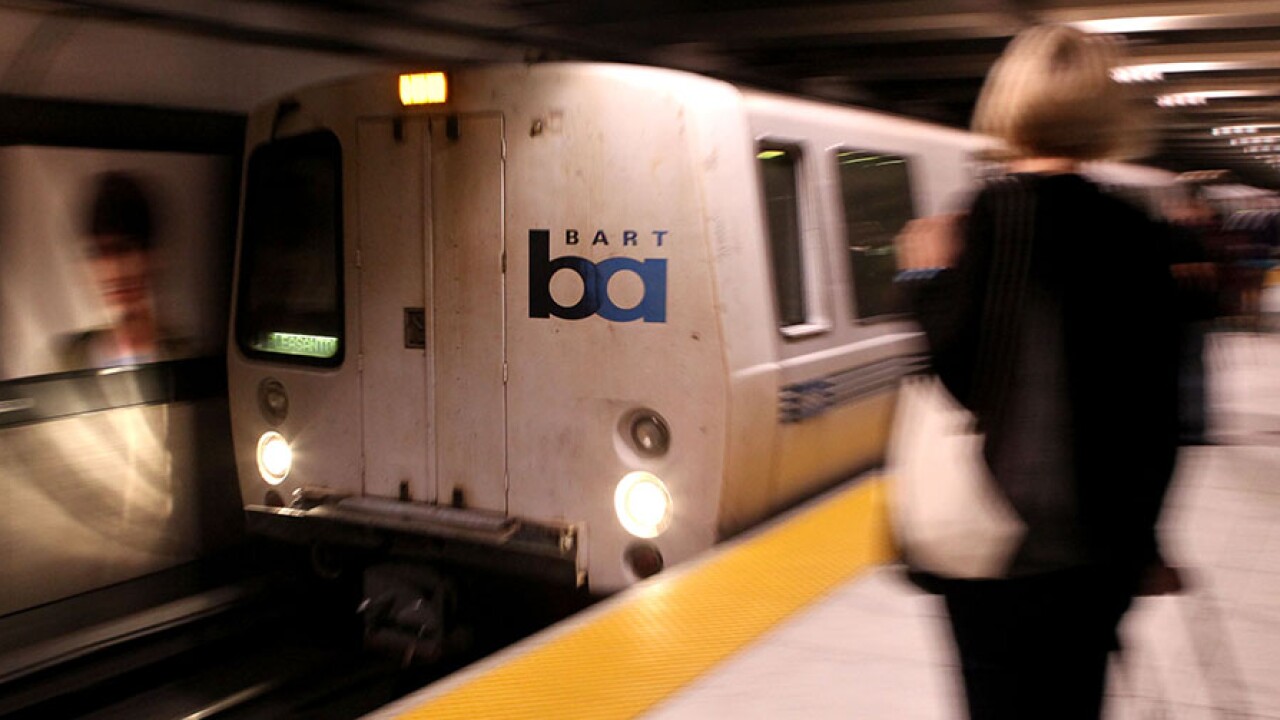 (CNN) -- A California rapid transit employee is being hailed as a hero for rescuing a man who fell onto the tracks as a train was approaching the platform.

The dramatic rescue happened at the Bay Area Rapid Transit (BART) station at the Oakland Coliseum after an NFL game between the Oakland Raiders and the Detroit Lions.

Tony Badilla, a passenger who witnessed the episode, posted a video on Twitter of the two men hugging in the aftermath.

He told CNN the employee, identified by BART as John O'Connor, was very attentive in keeping the crowd back from the tracks while helping riders find their train line.

Here is the dramatic platform video of our humble hero John O'Connor saving a man's life at the Coliseum station Sunday night. John is a Transportation Supervisor and has worked at BART for more than 20 years. An amazing rescue. pic.twitter.com/KrO75nqPYb

"As the train approached, I sat up from my seat and the crowd turned their attention to the train," he said. "I heard a commotion to my left just as the train arrived and witnessed the BART worker physically bring the man to the ground, both falling to the deck safely as the train breezed by.

"The crowd was shocked at just how close of a call it was, and the man was rattled," Badilla said. "The BART worker was upset with the man for being so careless, but his emotions took over and the two embraced."

According to a statement from BART, the unidentified man was intoxicated and accidentally fell onto the tracks. In a tweet, BART thanked O'Connor for his heroism. "He saved a life tonight. Thank you John. Show him some love," the tweet read.

O'Connor, a former train operator promoted to transportation supervisor, has worked at BART for 24 years, according to the transit agency.

"John was on the platform and ensuring everyone stayed away from the yellow safety strip," a BART spokeswoman told CNN in a statement. "A male who was intoxicated accidentally mis-stepped and fell into the trackway while a train was approaching. John saw this along with other riders and yelled at the man to get back onto the platform. The male didn't move quick enough so John grabbed him by the shoulders and pulled him up by rolling him over his body to safety. They stood up and hugged."

O'Connor told CNN affiliate KPIX that he saw the man fall onto the tracks in his peripheral vision. He estimated the train was 60 feet away when he pulled the man up by his shoulders and back onto the platform.

"I thought the train was going to cut him in half, honestly," O'Connor told KPIX Sunday. "I didn't want to see this guy die."