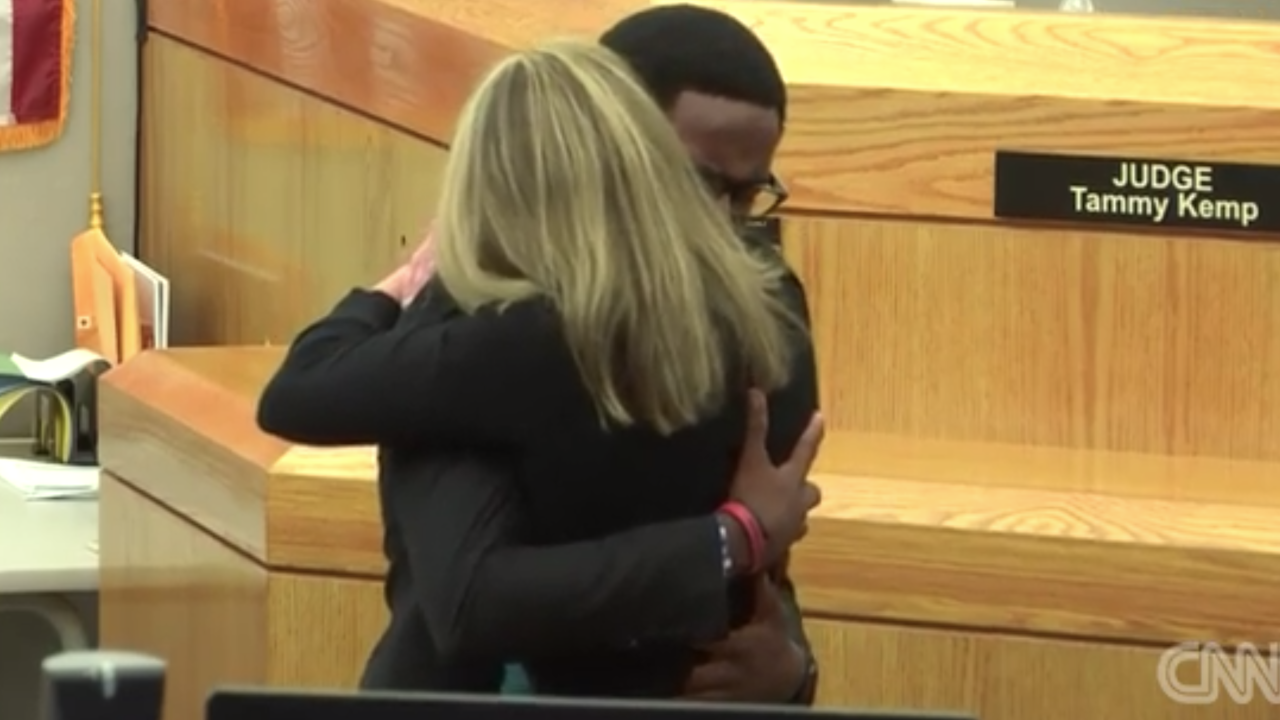 DALLAS, Texas – Brandt Jean, the brother of the Botham Jean, whom Amber Guyger shot and killed last year, told the former Dallas police officer he forgives her and didn't want her to go to prison.

After giving his victim impact statement, Brandt went over to Guyger and the two hugged as Guyger bawled.

"I love you as a person and I don't want to wish anything bad on you," Jean said before they hugged for nearly 30 seconds.

A Texas jury found Guyger guilty of murder in Botham’s 2018 killing. Guyger faced between five years and life for the shooting, but jurors ultimately gave her a 10-year sentence on Wednesday.

Guyger was found guilty despite the ex-officer’s defense that she mistakenly walked into the wrong apartment and opened fire because she thought Jean was an intruder.

Guyger was actually at the apartment directly above hers, which belonged to the 26-year-old accountant from St. Lucia. Jean was on the couch, watching TV and eating ice cream when Guyger walked in, prosecutors said.

On the phone with a 911 operator that night, Guyger said 19 times she thought she had been in her apartment .

Guyger was initially charged with manslaughter, but a grand jury later indicted her for murder. The Dallas Police Department fired her.