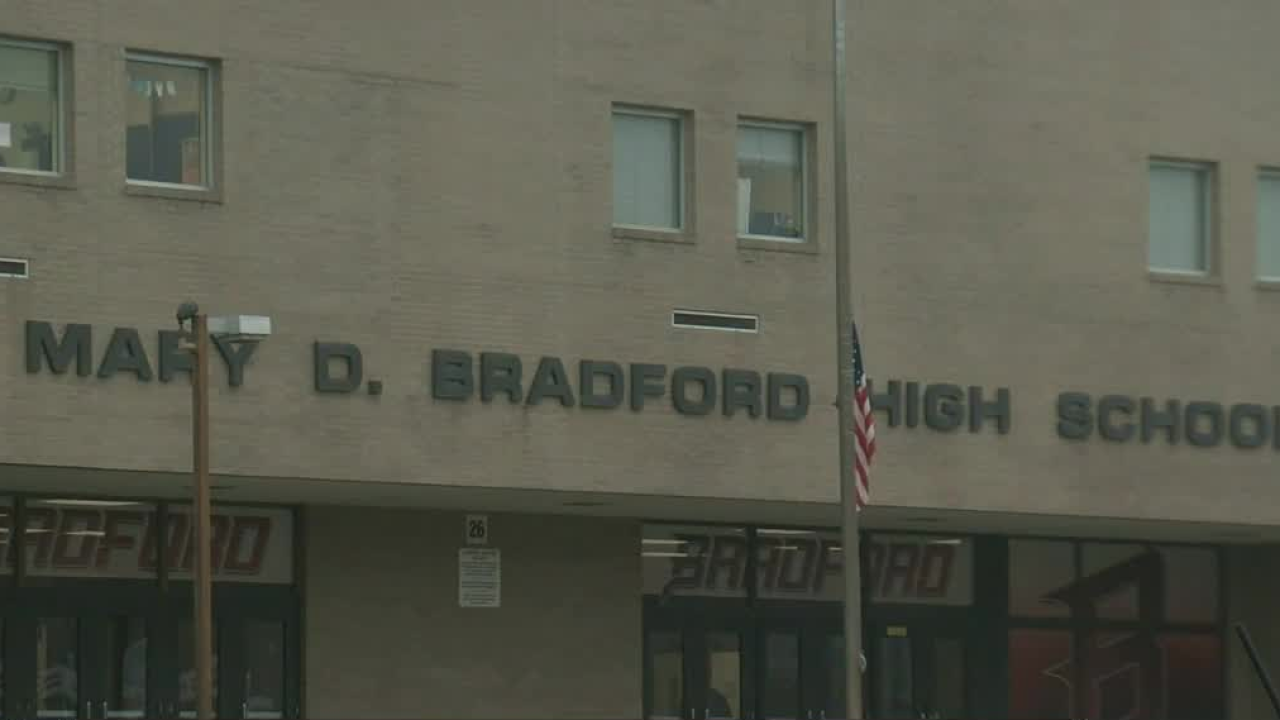 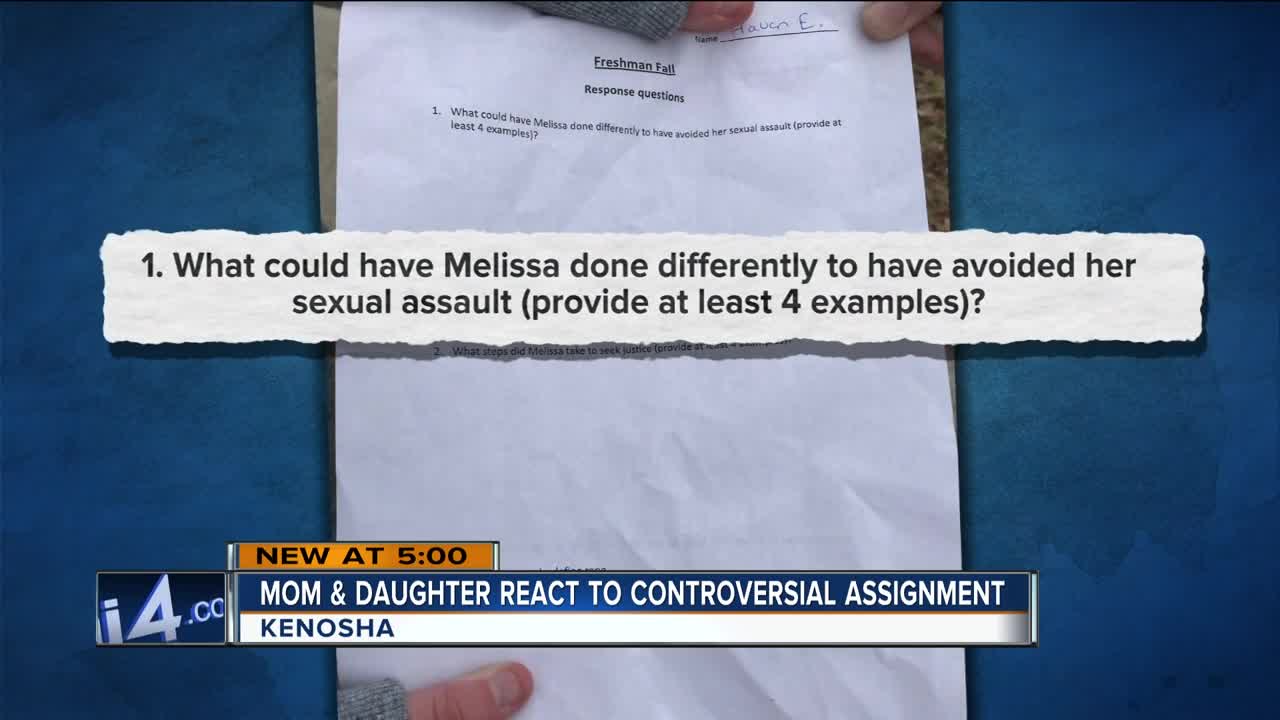 KENOSHA, Wis. — A Wisconsin high school student said as soon as she read the first question on a school handout, something did not feel right.

"The first question on our sheet was 'What could Melissa have done differently to have avoided her sexual assault?' Like what could she have done to avoid her sexual assault? She didn't do anything. So, it was shocking for us like we didn't really know how to respond," said Bradford High School sophomore Haven Eigenberger.

She said she and her classmates shared similar reactions, but did not say anything to their teacher at first because they did not think it would go anywhere. Eigenberger held off on doing the work and brought it up with her mom.

"I was disappointed when I saw the question because it goes at it in the wrong way, and it can actually trigger or re-traumatize somebody who's been through it," said Charity Eigenberger.

Her mom shared the worksheet on Facebook Wednesday night. It has since been shared more than 12,000 times as of Saturday afternoon, drawing lots of reactions.

Charity Eigenberger said Bradford's principal called her the next morning and said the assignment had been pulled.

"He said there's no excuses. He just said you know I'm sorry kids shouldn't have had to face that question," said Charity Eigenberger.