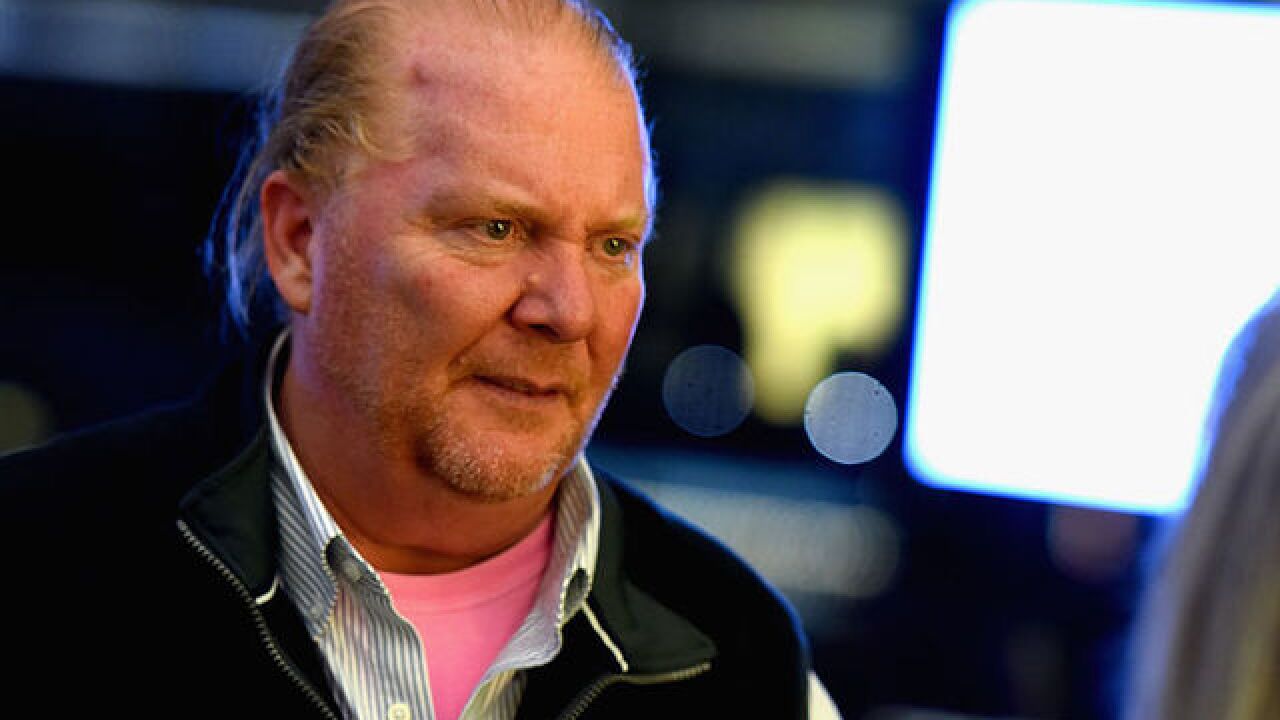 Celebrity chef Mario Batali is at the center of a police investigation into allegations of sexual misconduct.

Anderson Cooper, reporting for "60 Minutes" on CBS, spoke to former employees who worked in restaurants with which Batali was associated. Multiple women described his alleged inappropriate behavior. Cooper is the anchor of "AC 360" which airs weeknights from 8 to 10 p.m. ET on CNN.

NYPD spokesman Phil Walzak confirmed to CNN that the department "is investigating allegations raised in the '60 Minutes' report."

One of the women accusing Batali of sexual misconduct told CNN that investigators questioned her in February, indicating that an investigation has been going on for months.

CNN has reached out to representatives for Mario Batali for comment, but did not immediately receive a response.

In the "60 Minutes" interview, a former employee alleged that Batali grabbed her breasts. The same woman told "60 Minutes" she saw Batali touch a woman inappropriately who appeared to be unconscious or semi-conscious. She said she and other employees stopped him.

Another former employee spoke anonymously about a night she spent with Batali when she believes she might have been drugged and told Cooper, "something very wrong happened to me."

The woman said she woke up with injuries but did not think she had been raped. She said she went to authorities but declined to file a report.

Batali issued a statement to "60 Minutes" with regard to that woman's allegations saying, "I vehemently deny the allegation that I sexually assaulted this woman."

He declined to be interviewed by "60 Minutes" but said in a statement that "My past behavior has been deeply inappropriate and I am sincerely remorseful for my actions."

Stepping away from businesses

Allegations against Batali first surfaced in December, 2017, after the restaurant news website Eater reported on accounts from four women who claimed that Batali "touched them inappropriately in a pattern of behavior that appears to span at least two decades."

That report prompted a statement from Batali to CNNMoney where he said he took full responsibility and is "deeply sorry for any pain, humiliation or discomfort I have caused to my peers, employees, customers, friends and family."

"I apologize to the people I have mistreated and hurt," Batali said in the statement. "That behavior was wrong and there are no excuses."

The Batali and Bastianich Hospitality group confirmed to CNNMoney in December that Batali had stepped away from company operations. It is unclear if he is still a part owner of the restaurant group.

Batali also stepped away from his gig co-hosting ABC's "The Chew" in December, an ABC spokesperson confirmed.

And the Food Network, which aired Batali's show "Molto Mario" from 1996 to 2004, told CNN in December that it was shelving plans to bring back the program.

Since these allegations have surfaced, the once very public chef has disappeared out of the public eye, even deleting his Instagram and Twitter accounts.