After firing him, Trump says Flynn is 'a wonderful man' 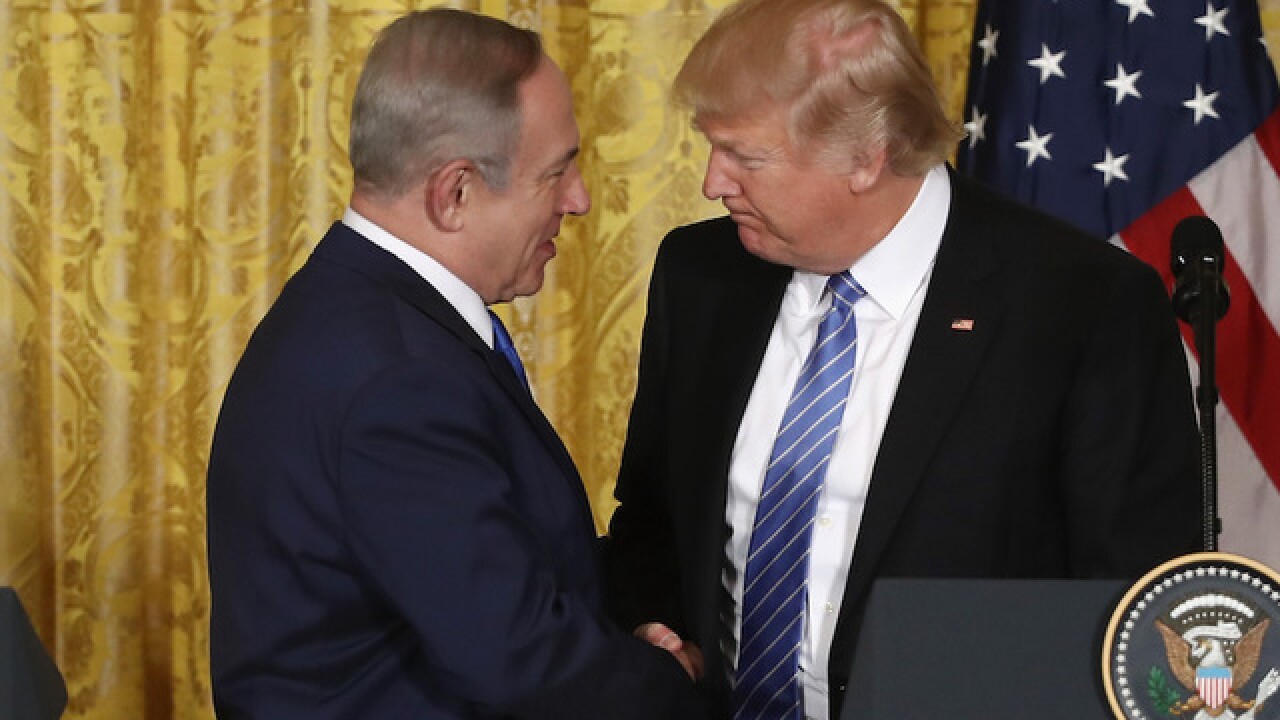 Flynn, who had deep connections with Trump fostered throughout the 2016 campaign, was asked to resign after it became public that he had misled Vice President Mike Pence on conversations he had before moving into the White House regarding sanctions on Russia with Sergey Kislyak, the Kremlin's man in Washington.

"Gen. Flynn is a wonderful man. I think he has been treated very, very unfairly by the media, as I call it, the fake media in many cases," Trump said. "And I think it is really a sad thing that he was treated so badly."

At no point during his answer, however, did Trump acknowledge that he was the person who asked Flynn to resign or explain why he would have asked a "wonderful man" to leave his White House.

Trump's comments are at odds with what his top aides said Tuesday after Flynn was let go.

"The evolving and eroding level of trust as a result of this situation and a series of other questionable instances is what led the President to ask for a Gen. Flynn's resignation," Sean Spicer, the White House press secretary.

"I think it is very, very unfair what has happened to Gen. Flynn," Trump said. "The way he was treated and the documents and papers that were illegally, I stress that, illegally leaked."

Trump concluded that the leaks were meant to "cover up for a terrible loss that the Democrats had under Hillary Clinton."

At no point did Trump refute the details of the Flynn story or the reporting that he talked about sanctions with the Russian ambassador.

Trump: Israel should 'hold back' on settlements

Trump told Israeli Prime Minister Benjamin Netanyahu Wednesday that the US is going to push for a peace deal with the Palestinians and told his visitor "to hold back" on settlement construction.

"I'd like to see you hold back on settlements for a little bit," he said, a stronger opposition to the controversial building in the West Bank than he's previously articulated.

Trump made the statements at a news conference welcoming the Israeli leader to the White House for their first face-to-face meeting since the inauguration.

"The United States will encourage a peace, and really a great peace deal. We'll be working on it very diligently," Trump said. "But it is the parties themselves who must directly negotiate such an agreement."

Trump also spoke of Israel and America's joint opposition to Iran's nuclear ambitions, repeating a frequent criticism of the deal between Tehran and six world powers worked out under the Obama administration.

The encounter Wednesday is expected to be the start in a warmer chapter in US-Israel relations after years of discord between Netanyahu and the Obama administration.

It comes as the Trump administration is signaling a major break with bipartisan US policy by not issuing a call for a two-state solution to the Israeli-Palestinian conflict. A senior US official said Wednesday that "it's not for us to impose that vision."