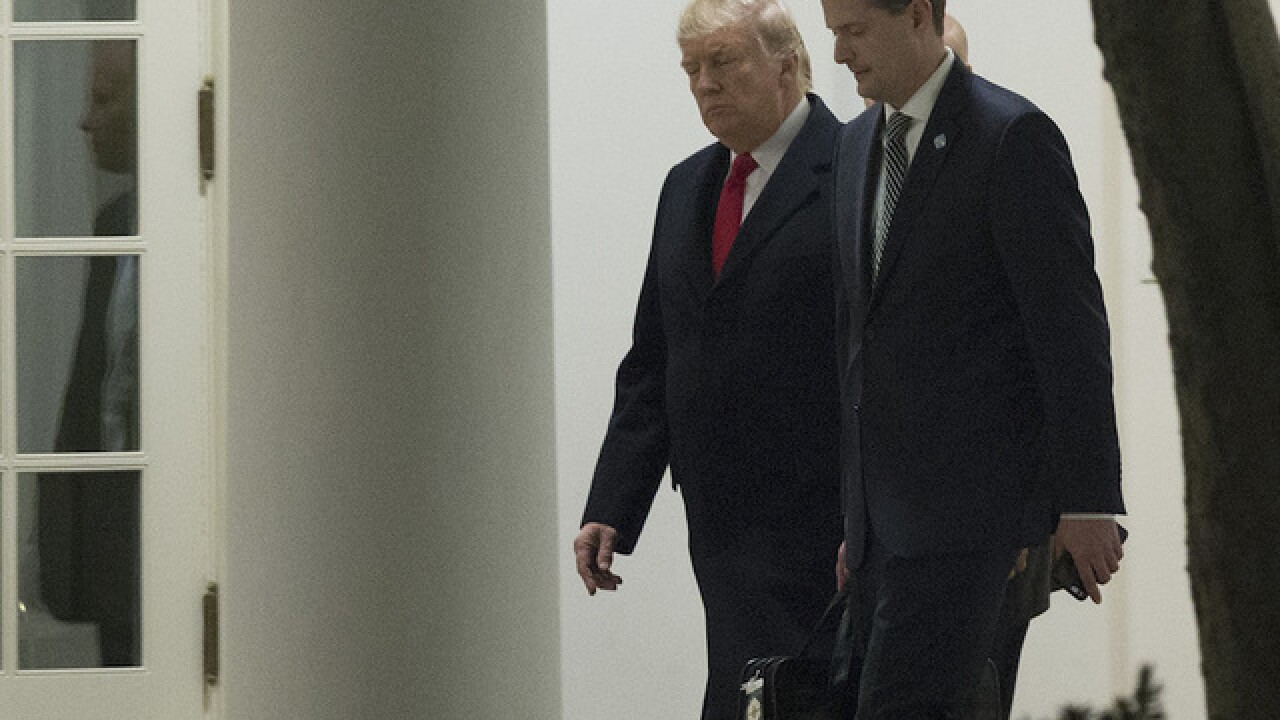 The President did not express any sympathy for the women Porter allegedly abused -- instead pointing to Porter's claim that "he's innocent."

"I found out about it recently and I was surprised by it," Trump said. "We certainly wish him well. It's obviously a very tough time for him. He did a very good job while he was in the White House."

"We hope that he will have a wonderful career," Trump added.

Trump focused on Porter's denial of the allegations that he struck his two-ex-wives while they were married.

"He says he's innocent and I think you have to remember that," Trump said. "He said very strongly yesterday that he's innocent but you'll have to talk to him about that."

Trump's senior aides knew for months about the allegations levied against Porter by his ex-wives, even as Porter's stock in the West Wing continued to rise, multiple sources have told CNN. Porter denied the allegations but resigned on Wednesday.