Military command that handles cyberthreats has been elevated 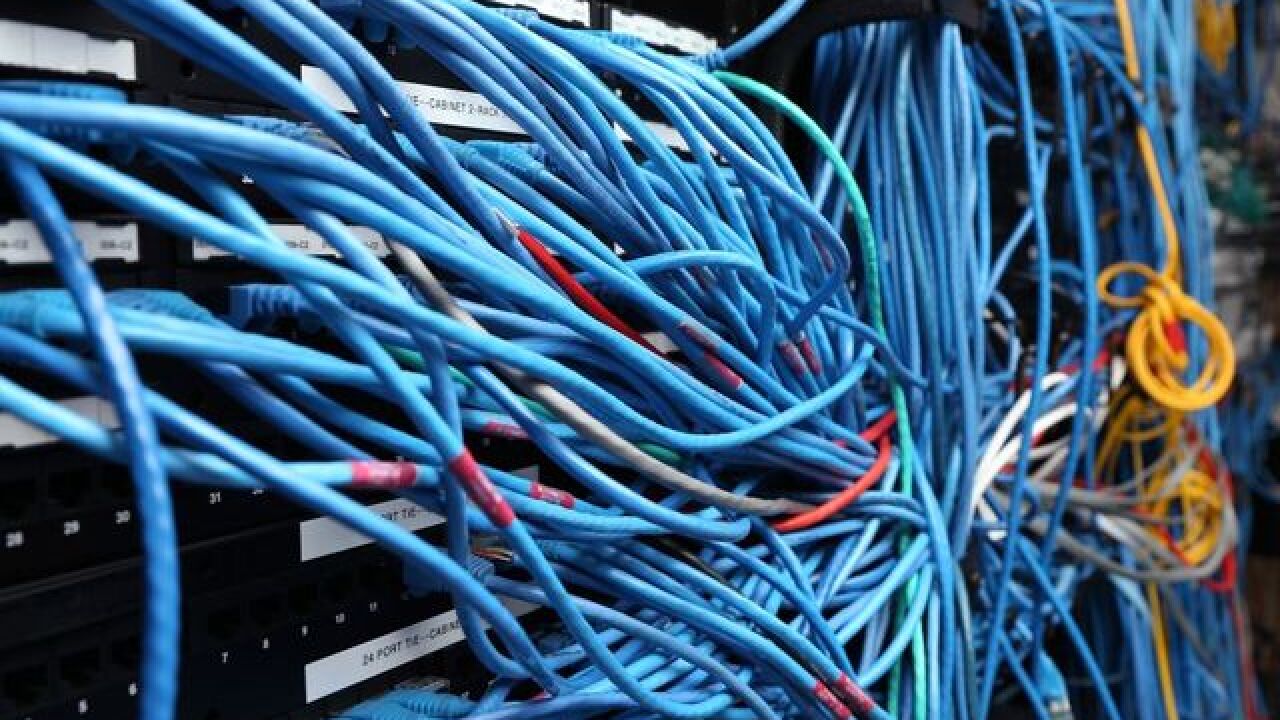 President Donald Trump on Friday elevated the US military's Cyber Command, which oversees the defense of the military's information networks and conducts offensive cyber-operations, putting it on the same level as other combatant commands that operate in the Middle East, Europe and elsewhere.

"The elevation of United States Cyber Command demonstrates our increased resolve against cyberspace threats and will help reassure our allies and partners and deter our adversaries," Trump said in a statement announcing the move.

Currently, Cyber Command falls under US Strategic Command, which also oversees US space operations, global strike and global missile defense. The elevation will mean the head of Cyber Command will eventually report directly to the secretary of defense.

While Cyber Command has historically been primarily focused on defending the military's cyber-infrastructure, it has recently taken on a role in offensive operations.

In February 2016, then-Defense Secretary Ash Carter said the command's offensive cyber-effort was focused primarily on ISIS terrorists in Syria, the goal of which was to "overload their network so that they can't function" and "interrupt their ability to command and control forces there, control the population and the economy."

Carter added that Cyber Command "was devised specifically to make the United States proficient and powerful in this tool of war."

Many analysts believed the elevation of Cyber Command was in the works for some time.

But the Arizona Republican stressed that there was "much more to be done to prepare our nation and our military to meet our cybersecurity challenges."

The elevation will only come into full effect upon the nomination and confirmation of a new four-star commander, Ken Rapuano, the assistant secretary of defense for homeland defense and global security, told reporters at the Pentagon on Friday.

He called the elevation a "natural, next step" that would raise the stature of the command, saying the move "reflects the growing centrality of cyberspace to US national security."

Trump said the separation of Cyber Command and the National Security Agency, a more controversial move, is being reviewed by Secretary of Defense James Mattis.

"He will announce recommendations on this matter at a later date," Trump said.

The National Security Agency collects signals intelligence and is also tasked with the protection of US communications networks and information systems.

Both Cyber Command and the NSA are currently headed by Adm. Mike Rogers. Rapuano said Rogers has the "total confidence of Secretary Mattis," but said it was possible another officer would be selected for the new elevated command.

Congress called for Cyber Command to be elevated to a unified combatant command in the 2017 National Defense Authorization Act. But the bill did not weigh in on whether to end the so-called "dual-hat" leadership arrangement, in which one military official leads both Cyber Command and the National Security Agency.

Congress put limitations on the administration's ability to split the dual-hat structure, requiring the chairman of the Joint Chiefs of Staff and the defense secretary certify that the arrangement would not "pose unacceptable risks to the military effectiveness of CYBERCOM."

The Obama administration considered ending the NSA-Cyber Command joint leadership arrangement, but never did so.

McCain welcomed the administration's deliberative approach on the issue of separating the NSA from Cyber Command.

"While Cyber Command and the National Security Agency should eventually be able to operate independent of one another, the administration must work closely with the Congress to take the necessary steps that will make this separation of responsibilities successful," he said in his statement.