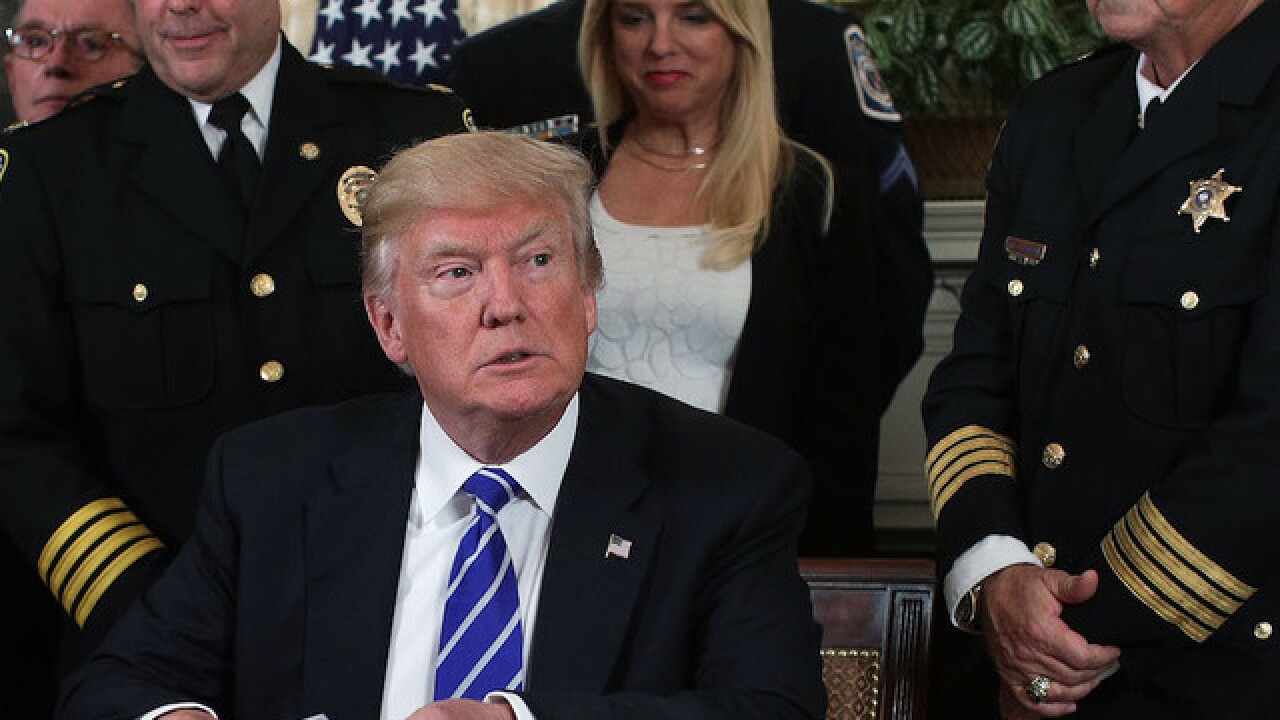 Now a war of political attrition will rage that will further pollute the Washington swamp and confound the nation before special counsel Robert Mueller concludes his probe -- however many months or years that takes.

Democrats have plenty to exploit, as they try to convince the public that Trump abused his power and obstructed justice by asking Comey to halt the investigation into former national security adviser Michael Flynn.

The former FBI chief weaved a devastating picture of a President who is not to be trusted and is straining against the constraints of propriety and the Constitution that define his office.

Yet the most intriguing takeaway of Comey's performance for the ages, despite his scalding indictment of Trump, was that Republicans came away with more than they had hoped for to bolster their defense of the President.

Republicans previewed a logical alternative thesis of the President's actions based on Comey's explosive testimony that Trump tried to convince him to go easy on Flynn.

It's a case that ultimately could serve as an argument against impeachment and the idea that the encounter between Trump and Comey in the Oval Office on February 14 amounted to a high crime or misdemeanor.

Comey's sometimes imperious manner and disclosure that he had orchestrated a leak about his conversation with Trump to prompt the appointment of a special prosecutor, meanwhile, cleared the way for GOP attacks on his motives.

And Comey's criticism of the way that former Attorney General Loretta Lynch handled the Clinton email saga gave Republicans an opening to blast the Obama administration, catnip for conservative talk and television outlets.

In the tense hearing room Thursday, and in the subsequent hours, it appeared that the GOP, once petrified by the blizzard of reports and revelations about Trump, was finally coalescing around a plausible defense.

"Despite so many false statements and lies, total and complete vindication...and WOW, Comey is a leaker!" Trump tweeted.

Idaho Sen. Jim Risch skillfully probed Comey over his statement that Trump said he hoped he could let Flynn go.

"Do you know of any case where a person has been charged for obstruction of justice or, for that matter, any other criminal offense, where they said or thought they hoped for an outcome?" Risch asked.

Risch is a former prosecutor. But his strategy recalled defense lawyers who sketch an alternative interpretation of events that a jury may not believe but introduces sufficient doubt to weigh against a conviction.

Trump's opponents on the committee quickly recognized the significance of Risch's intervention: Maine Sen. Angus King, an independent, coaxed Comey in a subsequent exchange to agree that he regarded Trump's comments as a "directive."

Other top Republicans sought to counter Comey's portrait of Trump as a bully who sought to create a "patronage" relationship with his FBI director.

"The President is new at this. He's new to government. And so, he probably wasn't steeped in the long running protocols that establish the relationships between DOJ, FBI and White Houses," Ryan said.

"I'm not saying it's an acceptable excuse. It's just my observation."

A defense of Trump that stresses his inexperience and incompetence is hardly flattering. But it beats the alternative narrative of a power-hungry chief executive who respects no limit to his powers.

Attacks on Comey 'beginning of a strategy'

Trump's personal lawyer Marc Kasowitz blasted Comey's decision to leak to the press, arguing he had "unilaterally and surreptitiously" disclosed "privileged communications with the President."

The attacks on Comey reflect a conceit popular in Trump world and the conservative media that the President is a victim of a sinister campaign of leaks to discredit him by his enemies in the permanent political establishment.

"We are starting to see the beginning of a strategy," Michael Allen, a former national security council staffer under President George W. Bush told CNN.

"They are going to get their sea legs out of this. They have a political strategy now that came out of today, which is the Deep State actually exists, it is the President versus the permanent government and they are out to get him," Allen added.

Republicans will also repeatedly highlight Comey's statement that neither Trump nor any of his staff had asked him to stop the Russia probe. And his assurances to Trump that he was not under investigation will also be wrestled out of context by the President's defenders.

Talking points sent around by the Republican National Committee directed surrogates to talk about Comey's disclosure that Lynch told him to call the Clinton email probe a "matter" rather than an investigation.

That set up a political sweet spot that no conservative could resist -- a chance to go after the mainstream media and the Obama administration.

"Why hasn't the media focused on this as obstruction of justice by the Obama administration? Shouldn't this directive that Comey followed be given a similar level of attention?" asked talking points obtained by CNN's Sara Murray.

But while each of strategies offered a credible line of argument, they cannot disguise the current plight of the Trump administration, which has often seemed to be spinning out of control over its short lifetime.

The President already faces a special counsel investigation and is being accused of obstruction of justice and abusing his power. His wild personality and outbursts on Twitter, meanwhile, have also often brought his troubles upon himself and could at any moment derail an organized GOP defense operation.

And it will take more than talking points if Mueller finds Trump and his campaign team have a case to answer amid accusations of collusion with a Russian operation to interfere in the 2016 election.

But for now, Thursday's developments at least give Trump's defenders a hill to defend in cable new studios and on talk radio, an important consideration since, with depressed approval ratings below 40%, he cannot afford any erosion of his base support.

Finding a narrative with traction is also important as a midterm election campaign looms next year that is likely to start under the shadow of the Mueller probe.

And ultimately, Trump's fate, should Mueller decide there is a case, could hinge on his political standing.

Since impeachment is a political question rather than a legal one, Republican leaders are less likely to open proceedings against a President with juice.

And Trump needs his party to stand strong beside him. Should Democrats take back the House next year, his political destiny would be wrested out of Republican hands.