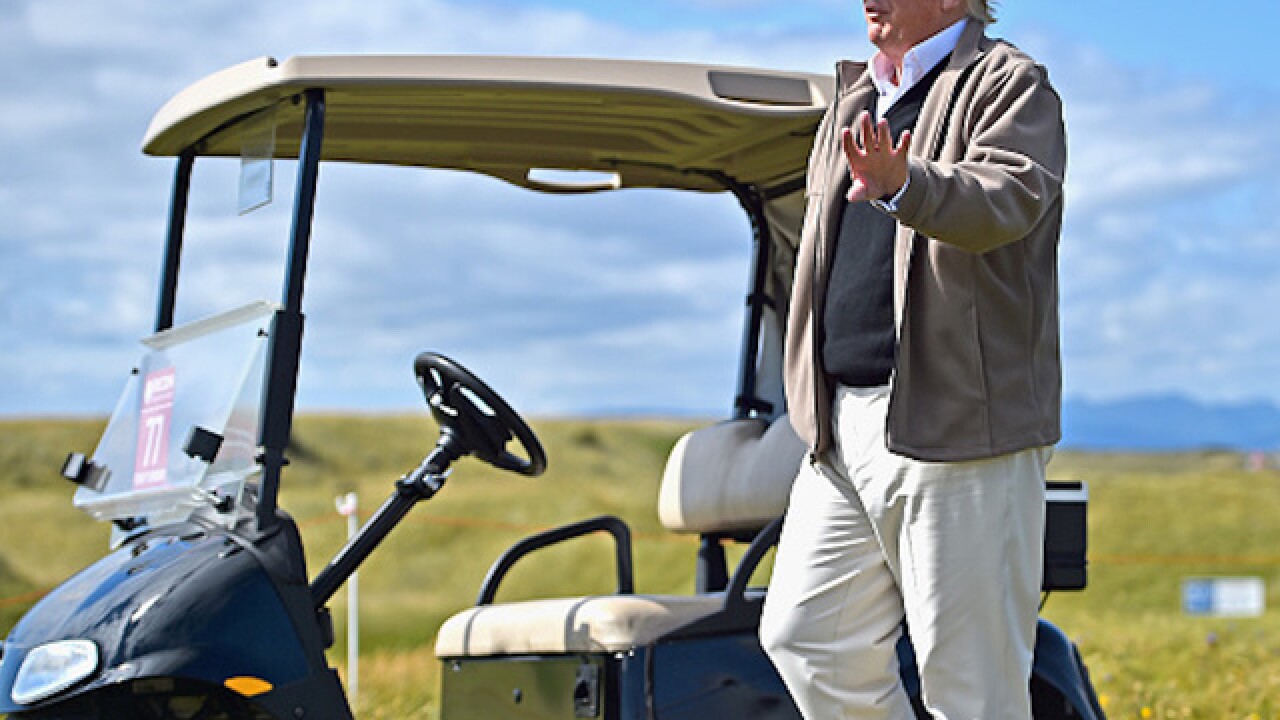 Photo and video crews were stymied in their attempts to film President Trump on a golf course Wednesday, an apparent response to CNN's recent footage of the commander-in-chief on the links.

As the president completed another round at Trump International Golf Club in West Palm Beach, Florida, a large white truck obscured nearby journalists -- who were positioned on public property -- from getting a shot of Trump on their cameras.

When CNN's photojournalist moved his camera, the truck likewise moved, blocking the picture.

On Tuesday, CNN recorded a shot of the president on the course in West Palm Beach. The network did the same on Saturday and Sunday, shooting the footage through a gap in the hedges while positioned on a public sidewalk.

On Wednesday, crews from CNN attempted to record the president on the course -- only to be blocked by the vehicle. Cameras for ABC and CBS were also present.

Cathy Milhoan, a spokeswoman for the Secret Service, said the agency was not responsible for the truck.

"The USSS is in the business of protection and investigations not in commissioning vehicles to block the media's view of the President's golf swing," Milhoan said.

Teri Barbera, a spokeswoman for the Palm Beach County sheriff's office, said the department also "did not order a box truck to block any views of the president."

A White House spokesperson did not immediately respond to a request for comment, but the truck can likely be seen as the latest -- and perhaps most literal -- attempt by this administration to limit the media's access to Trump.

It may also be interpreted it as a sign of how sensitive the White House is about the president's love of golf. For years, Trump ridiculed former President Barack Obama for golfing. On the campaign trail, Trump said emphatically that he didn't have time for the sport.

Wednesday's outing marked the 87th day Trump has spent at one of his golf properties since taking office.