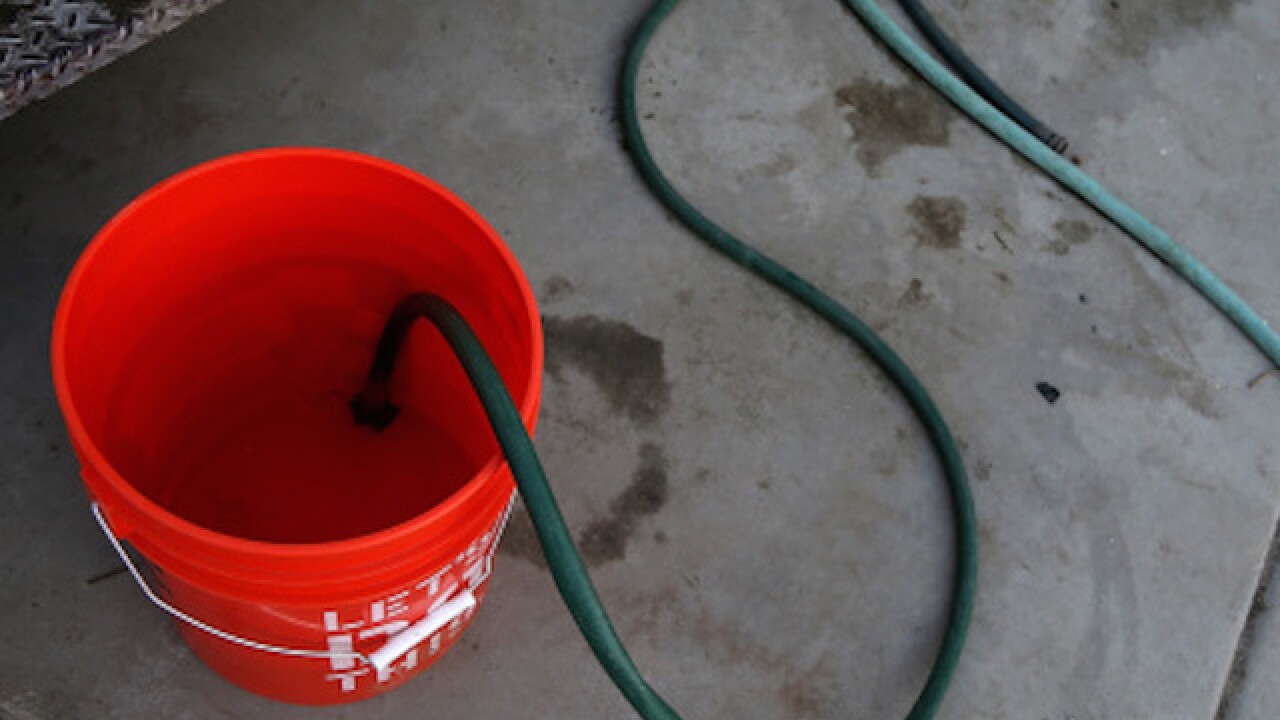 KAUFMAN, Texas (AP) — A North Texas woman and her boyfriend have been jailed for allegedly punishing her 13-year-old son by tying a rope around his genitals and subjecting him to waterboarding, authorities said Thursday.

The boy told investigators the incident occurred in late January. The man allegedly grabbed the boy by the hair, pinned him down and held a towel over his face as the woman poured water over his head and nose, according to an affidavit filed by a Kaufman County sheriff's investigator.

The affidavit notes the tactic is known as waterboarding, which was once used by the U.S. to question terror suspects but has since been banned.

"The victim said that he was able to breathe slightly if he moved his head to the side and that kept him from feeling like he was drowning," the affidavit said.

The woman then tied a rope around the boy's genitals and the back of his neck, and the man left the boy in a curled position for five to 10 minutes, according to the affidavit. The boy told authorities the incident occurred after he told the man he inappropriately touched the family dog.

The Associated Press is not naming the accused couple to shield the child's identity.

The couple was being held at the Kaufman County Jail, each facing a charge of felony injury to a child, said Kaufman County Sheriff's Office spokesman Fred Klingelberger. The charge carries a maximum sentence of 20 years in prison.

Neither the man nor the woman had a defense attorney listed in jail records, and no phone numbers were publicly listed for their home. No court hearings had been scheduled Thursday in either case, according to online court records.

The child is now in foster care, according to a spokesman for the Texas Department of Family and Protective Services.