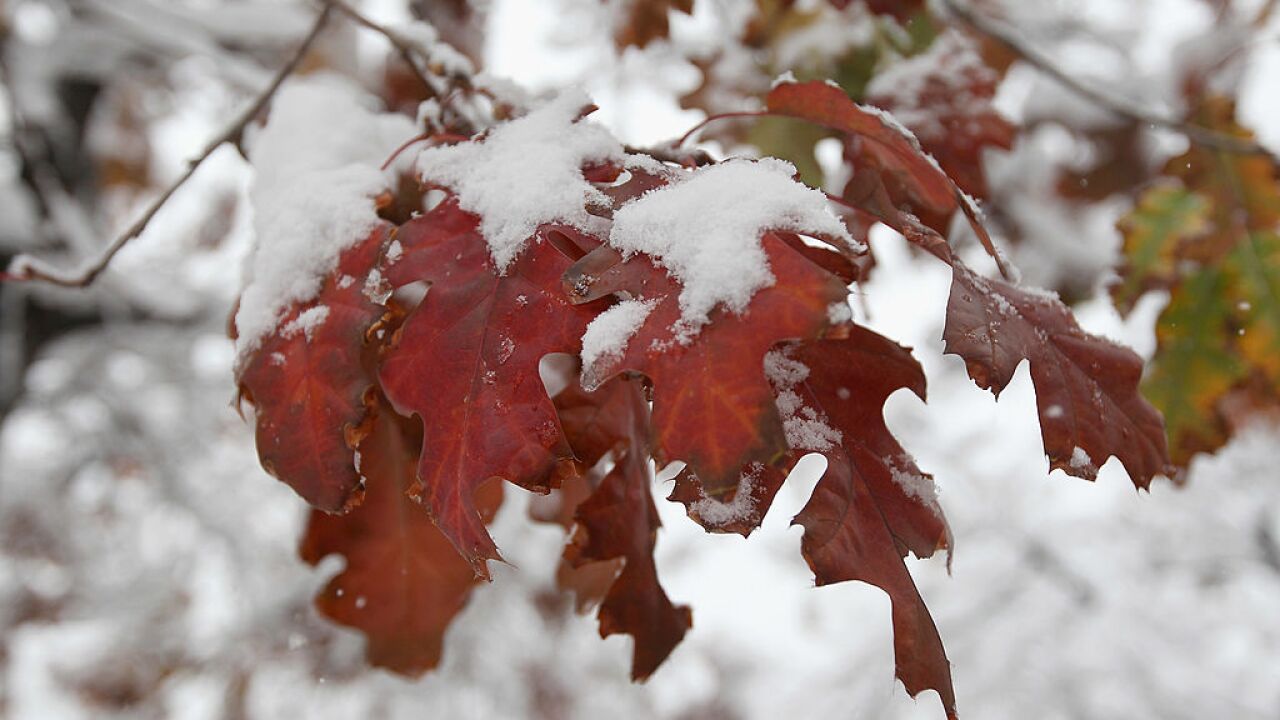 An intense and potentially historic fall snowstorm is expected to dump feet of snow starting Wednesday across portions of the north-central United States.

It begins on Wednesday night and Thursday, when extreme cold temperatures will sweep down from the north.

Then a low will exit the Rockies and track northeast across the Plains leaving a blanket of snow across the region.

Temperatures in Denver could plummet 50 degrees

A drastic temperature drop Wednesday will make it feel like Denver has gone from fall to winter in 24 hours.

Temperatures there will plummet from a high around 80 degrees Fahrenheit Wednesday to below freezing for Thursday's high.

Much of Colorado will transition from hazardous fire conditions to a freeze warning in only a matter of hours.

Once the temperatures drop, record lows are likely to be broken across much of the region.

This temperature plunge will start in the northern Rockies and dive southward to parts of northern Texas by Friday morning. Freeze watches and warnings stretch from Nebraska to Texas.

Other notable temperature drops this week include:

The National Weather Service office in Bismarck is referring to this storm as a "potentially historic October winter storm", as parts of 10 states are under some sort of winter watch, warning or advisory from the northern Rockies to the northern Plains.

The storm could shatter October snow records across much of the Dakotas as it intensifies Wednesday evening and dumps 1 to 2 feet of snow through Thursday night.

Along with the snow, wind gusts of 40-50 mph or more are expected, producing possible blizzard conditions and making travel extremely dangerous. Along with blowing snow, the winds could bring down trees and power lines, resulting in power outages and whiteout conditions on the roads. Expect treacherous travel on the roads and well as airport delays through the end of the week.

The snow will continue into Friday for portions of eastern North and South Dakota, before moving into portions of Minnesota by Saturday. The storm system intensifies and moves Wednesday night into the northern Plains, with winter storm warnings issued there and 1 to 2 feet of snow expected.

Extreme winds could lead to whiteouts

Wind gusts stronger than 20 mph can be expected across the Denver region, with parts of Montana getting gusts over 30 mph. In addition to falling limbs, these winds will also contribute to blowing snow conditions, diminishing visibility on roads.

The snowstorm by Saturday will reach as far east as Minneapolis before the system moves into Canada.