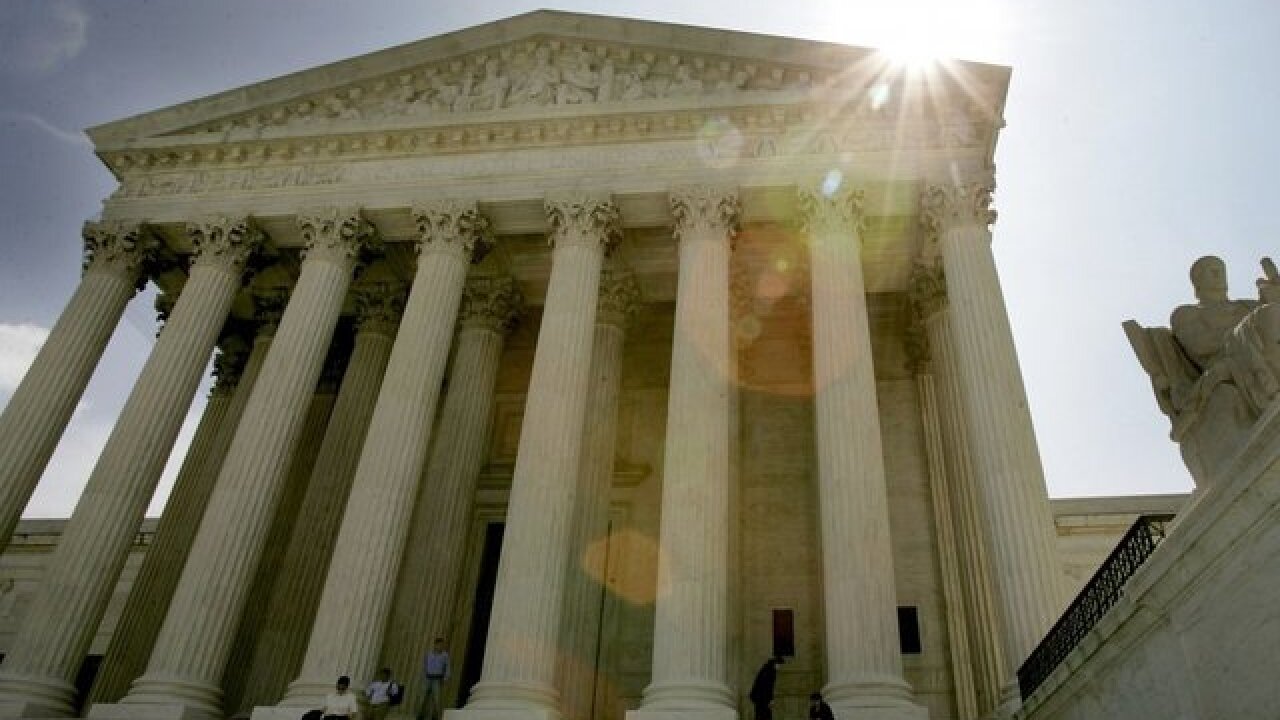 In an unexpected announcement, the Supreme Court said it will not hear oral arguments on the travel ban as scheduled on October 10.

The court wants to hear from both sides if the issue is moot after the proclamation President Donald Trump issued Sunday night. Those briefs are due October 5.

This is not a ruling about the constitutionality or a final decision from the court: The one-page unsigned announcement simply removes the case from the oral argument schedule for the moment.

Legal experts have said for days that they thought Travel Ban 3.0 might -- down the road -- stop the justices from weighing in on the constitutionality of the travel ban. The justices could reschedule arguments, but it's likely those arguments would focus on whether there is still a live controversy before the Supreme Court, or whether the case should be sent back down to the lower courts to review any changes in the ban.

Solicitor General Noel J. Francisco filed a letter with the Supreme Court "respectfully suggesting" that the justices request supplemental briefs from both sides by October 5 because of the new restrictions the President has outlined. In the letter, Francisco emphasized that part of the March travel ban had expired, and the administration is putting in place new restrictions after a worldwide review.

The court's order on Monday was in response to Francisco's request.

"In general, when one policy expires and a new policy is developed, the court may consider any challenge to the expired policy to be moot," said Irv Gornstein, the executive director of the Supreme Court Institute at Georgetown Law. Gornstein stressed he was talking generally, but he suggested that if the parties are no longer affected by the new policy, or its impact has changed, there may not be the injury that is necessary to establish a case -- potentially meaning things will have to start anew.

In the proclamation, Trump wrote that he was acting "by the authority vested in me by the Constitution and the laws of the United States of America."

The restrictions, tailored to the individual countries, generally go into effect by October 18.

"Because the new iteration of the travel ban applies in different ways to different countries from the March executive order, it's hard to imagine that the Supreme Court wouldn't want to hear first from the lower courts," said Steve Vladeck, CNN's Supreme Court analyst and professor of law at the University of Texas School of Law. (Vladeck co-authored a brief arguing that the current case is moot and that the Supreme Court should keep on the books lower court decisions that enjoined key provisions of the March order.)

"As these developments show, the fact that the cases have now likely become moot is entirely because of the government's voluntary actions," he said. "In such circumstances, it wouldn't be fair to hand a victory to the government by wiping away the lower court decisions ruling against them."

In briefs filed with the Supreme Court on a different issue considering the entry ban's expiration, the Justice Department argued that if the court were to ultimately dismiss the case as moot it should wipe away the decisions below.

The issue of what to do with the existing lower court opinions that were heavily critical of the President's actions could become a contentious issue between the parties.

Some believe that the justices anticipated all along that a mootness issue might arise.

For instance, on June 26, when the court issued its order allowing the ban to go partly into effect and saying it will hear the merits of the case, it added this line: "We fully expect that the relief we grant today will permit the Executive to conclude its internal work and provide adequate notice to foreign governments within the 90" days.

Immigrant rights groups blasted the new restrictions and suggested that the President had added non-Muslim majority countries to the list only to shore up his legal argument that the travel ban was necessary for national security and it was not motivated by comments he made on the campaign trail suggesting the need for a "Muslim Ban."

Becca Heller, the director of the International Refugee Assistance Project, a petitioner in the case, said that her group "strongly rejects this  latest attempt at banning Muslims from entering the country".

"Of those countries, Chad is majority Muslim, travel from North Korea is already basically frozen and the restrictions on Venezuela only affect government officials on certain visas,"she said.

"Adding new countries to a ban that baselessly vilifies whole populations does nothing to change the fact that this is still government-sanctioned discrimination," said Naureen Shah of Amnesty International USA. "These restrictions  will likely introduce further uncertainty for ordinary people who rely on the ability to travel, study and work in the US. Amnesty will be monitoring to see the effects of this revised ban on the lives of men, women and children around the world."