Steve Bannon removed from his role on National Security Council 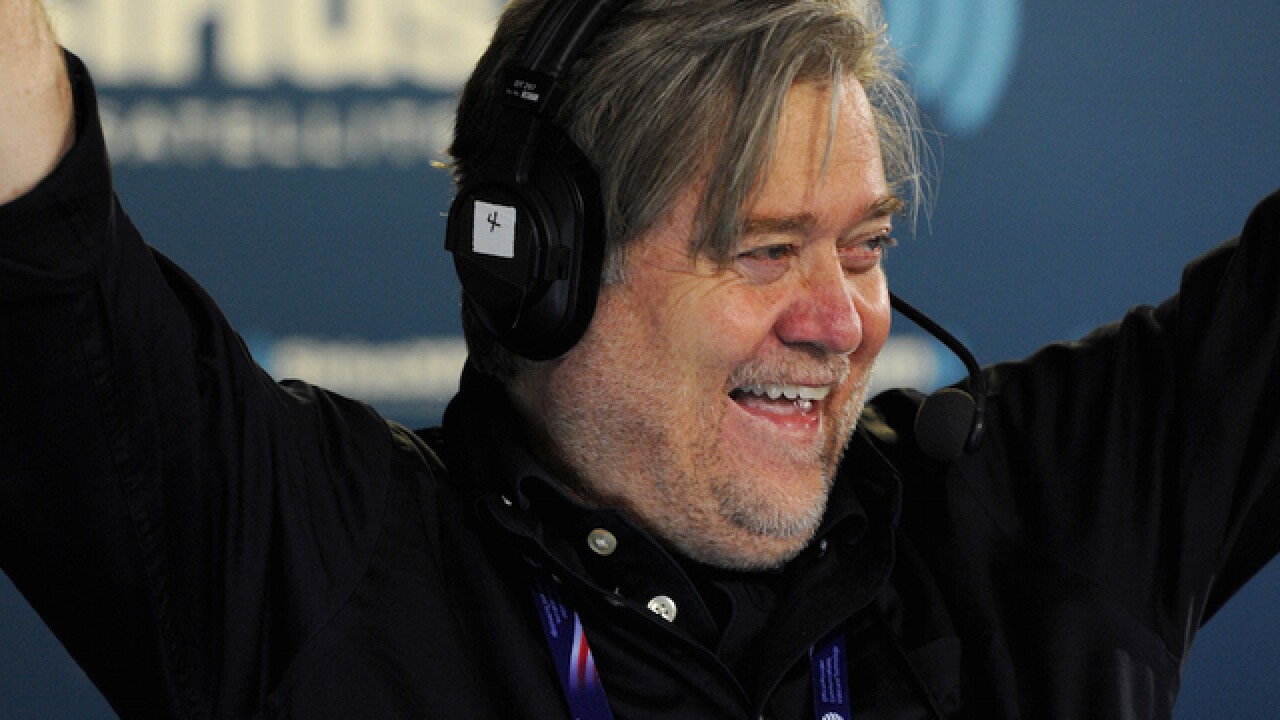 The decision, which one source with knowledge said was made by Trump himself, comes after the President in January authorized the reorganization of the National Security Council to include Bannon as a permanent member of the panel.

In a regulatory filing posted Wednesday, Bannon's title was removed from the standing list of members of the National Security Council.

Multiple sources looked to minimize the removal. One argued that Bannon was put on the council to ensure that it no longer "micro-managed" foreign policy and was put on a more "operational track."

A source with knowledge of the move said Bannon can "still attend any meeting" where his expertise is needed.

"In all the time he was there, he only attended one principals' meeting," the source said. "He is still welcome to attend principal meetings."

The decision to elevate Bannon in the first place was a controversial one because, at the same time, the order indicated that the director of national intelligence and the chairman of the Joint Chiefs of Staff would not be regular attendees.

The committee is a Cabinet-level group of agencies focused on national security that was established by President George H. W. Bush in 1989.

Former acting CIA chief Michael Morell sharply criticized the move in January, calling it "unprecedented" in an appearance on "CBS This Morning."

Bannon's accession also demonstrated the breadth of his influence inside the White House, signaling that the former head of Brietbart News' influence extended beyond politics and domestic policy.