Gates says he and Manafort didn't report 15 foreign accounts, knew it was illegal 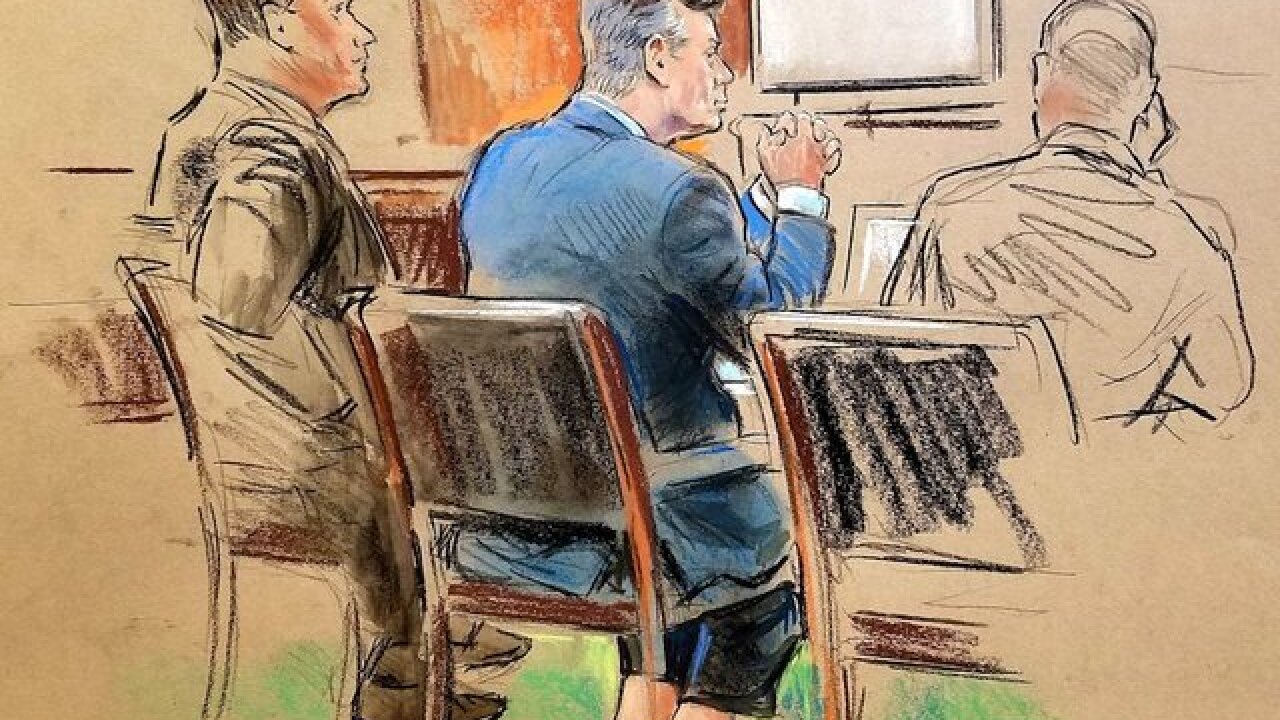 Rick Gates, the key prosecution witness in the tax and fraud trial of former Trump campaign chairman Paul Manafort, testified Monday he had committed crimes alongside and at the direction of his former partner -- and had also stolen from Manafort himself.

In stunning testimony at Manafort's trial on tax and fraud charges, Gates stated he and Manafort had 15 foreign accounts they did not report to the federal government, and knew it was illegal. Gates said he did not submit the required forms "at Mr. Manafort's direction."

Gates then admitted that he also turned the tables on Manafort -- cheating him out of "several hundred thousand" dollars by submitting false expense reports that were paid out of some of the undisclosed foreign bank accounts in Cyprus.

The testimony from Gates, a former adviser to Donald Trump, comes after reaching a plea deal with special counsel Robert Mueller earlier this year to testify against his former partner in a lucrative international political consulting firm.

Manafort stared directly at Gates as he read aloud the details of his plea agreement, which could see him receive a reduced sentence, at the direction of a prosecution lawyer.

Gates did not make eye contact with Manafort as he took the stand wearing a yellow tie and navy blue suit.

Prosecutors allege that Manafort financed a lavish lifestyle featuring sumptuous residences and extravagant wardrobes by using millions of dollars in profits that he hid from tax authorities then turned to bank fraud when his income started to dry up. Manafort has pleaded not guilty to all charges.

The defense in the case is likely to subject Gates to an intensive cross-examination after arguing during opening statements that he embezzled millions of dollars from Manafort and then turned against him under pressure from Mueller.

Gates told the jury that as part of his plea with prosecutors, he revealed several other crimes that were not previously known and that were not included in the federal indictments against him and Manafort.

Aside from admitting to the false expense reports, Gates said he also created a fake letter to an investment company for a different colleague, Steve Brown. He also over-reported his income on mortgage and credit card applications and lied to his own personal tax accountant.

Gates also said he lied in a lawsuit deposition years ago, after Manafort "asked me not to include" certain things in the deposition.

As well as serving as Manafort's right-hand man in their multimillion-dollar business, Gates was also Manafort's deputy on the Trump campaign.

His testimony represents the biggest test yet for Mueller's investigation even though this case does not directly play into the issue of alleged cooperation by the Trump campaign in Russian election interference.

The President is watching proceedings carefully as Mueller appears to be moving closer to his inner circle on multiple fronts and has complained that Manafort has been treated like a mobster -- even as the White House has tried to open up some distance between Trump and his former campaign chairman.

RELATED: Swamp on trial: Why people are hooked on the Manafort case

Monday's court proceedings began with Manafort's accountant Cindy Laporta completing her testimony. Last week, she said that Manafort asked her to falsify numbers related to his company's profits. Other bookkeepers who worked with Manafort testified that he was intimately involved in all his financial dealings.