Ali surrounded by family at his passing 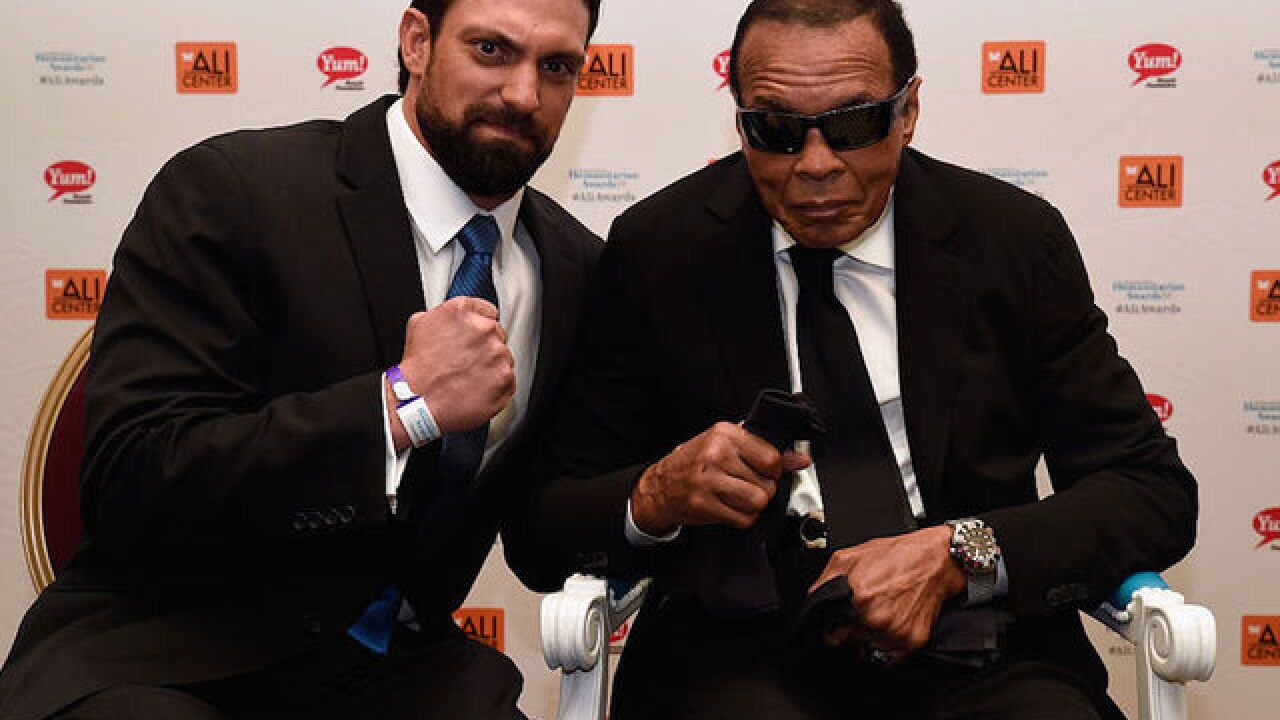 Gathered in a Phoenix-area hospital, Muhammad Ali's family was by his side as the man known as 'The Greatest' took his finals breaths. Following a 32-year bout with Parkinson's disease and severe respiratory issues, a family spokesman said Ali died Friday evening at 9:10 p.m. local time.

The three-time heavyweight boxing champ did not suffer in his final hours of life, according to Ali's spokesman Bob Gunnell.

Gunnell told the media Saturday afternoon that Ali's cause of death was due to septic shock from natural causes.

All nine of Ali's children and his wife were by his side and got to say their final goodbyes before Ali passed away.

"It was really a beautiful thing to watch, it displayed all that is good about Muhammad Ali and the family displayed that, with the dignity" Gunnell said. "Of course there was sorrow and sadness, but it was done where the champ would have been very proud."

One of Ali's daughters Hana commented about her father's death on Instagram.

"All of us were around him hugging and kissing him and holding his hands, chanting the Islamic prayer," she said. "All of his organs failed but his heart wouldn't stop beating. For 30 minutes, his heart just keep (sic) beating. No one had ever seen anything like it. A true testament to the strength of his spirit and will."

Phoenix-area Scripps station ABC 15 confirmed that a medic was dispatched to Ali's home earlier this week. Ali's spokesman said he was hospitalized Monday night. When he was hospitalized, he was in fair condition, and the family did not expect his condition to get worse.

"He's battled back so many times," Gunnell said. "We expected it to happen this time. The family was called when things became more serious. We still had a lot of hope things would turn around. I arrived in Phoenix a couple days ago and shortly after I arrived, it became clear that his condition wasn't going to improve. So they were able to get all family members in."

Ali's body will be transported to his hometown of Louisville, Ky. by Monday. On Friday, a procession will wind through the streets of Louisville before a memorial service will be held in the KFC Yum! Center for fans, friends and well wishers of Ali's.