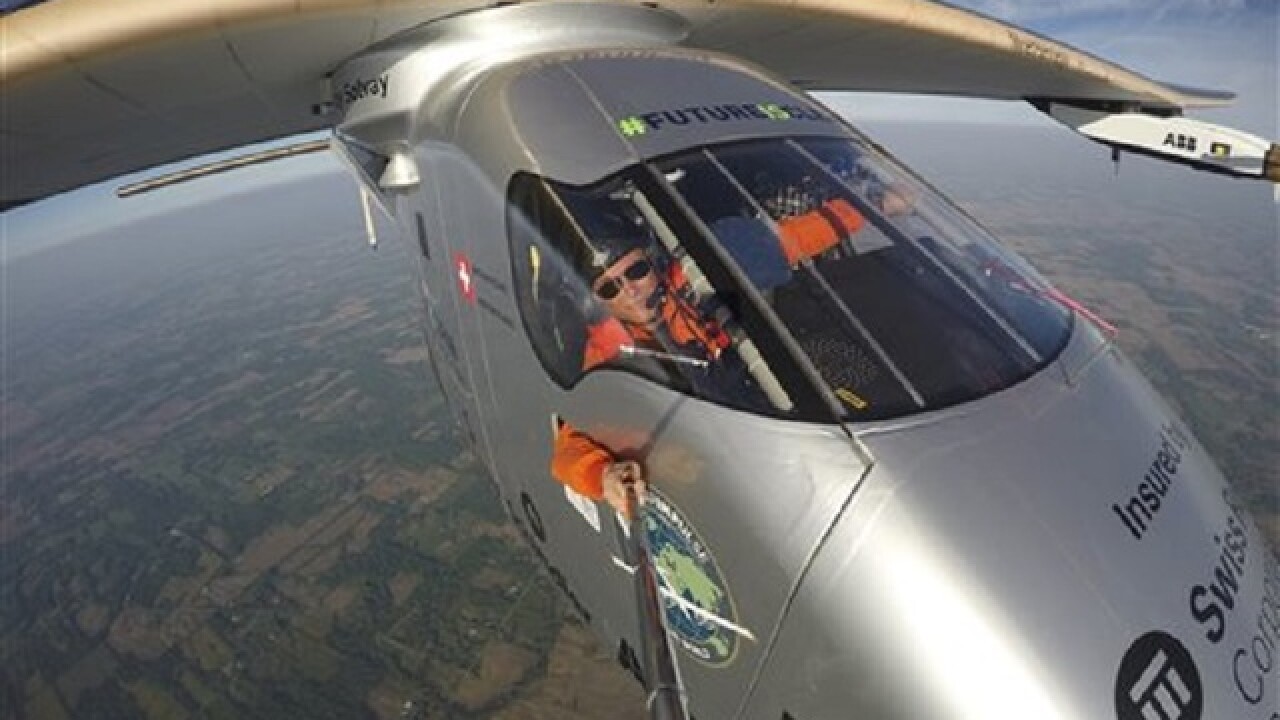 Bertrand Piccard
<p>Bertrand Piccard takes a selfie on board the "Solar Impulse 2" during his flight from Dayton, Ohio to Lehigh Valley International Airport in Allentown, Pa., where he landed, Wednesday, May 25 2016. The plane was expected to make at least one more stop in the United States � in New York � before crossing the Atlantic Ocean to Europe or northern Africa. (Bertrand Piccard/Solar Impulse via AP)</p>

ALLENTOWN, Pa. (AP) — The latest leg of a solar-powered airplane's around-the-world journey has been postponed due to weather conditions.
The Swiss-made Solar Impulse 2 was scheduled to take off from Lehigh Valley International Airport in Allentown and head to New York City around midnight Monday, but project officials announced around 12:30 a.m. Tuesday that the flight had been postponed because of showers and thunderstorms moving through the area.
The plane was scheduled to fly over the Statue of Liberty before landing at John F. Kennedy International Airport, its last stop in the United States before crossing the Atlantic Ocean. It wasn't immediately clear when the flight would take place.
The plane has been in Allentown since May 25.
The voyage began March 2015 from Abu Dhabi, the capital of the United Arab Emirates.
Copyright 2016 The Associated Press. All rights reserved. This material may not be published, broadcast, rewritten or redistributed.