Simone Biles threw out a first pitch during the World Series. Why we're flipping out 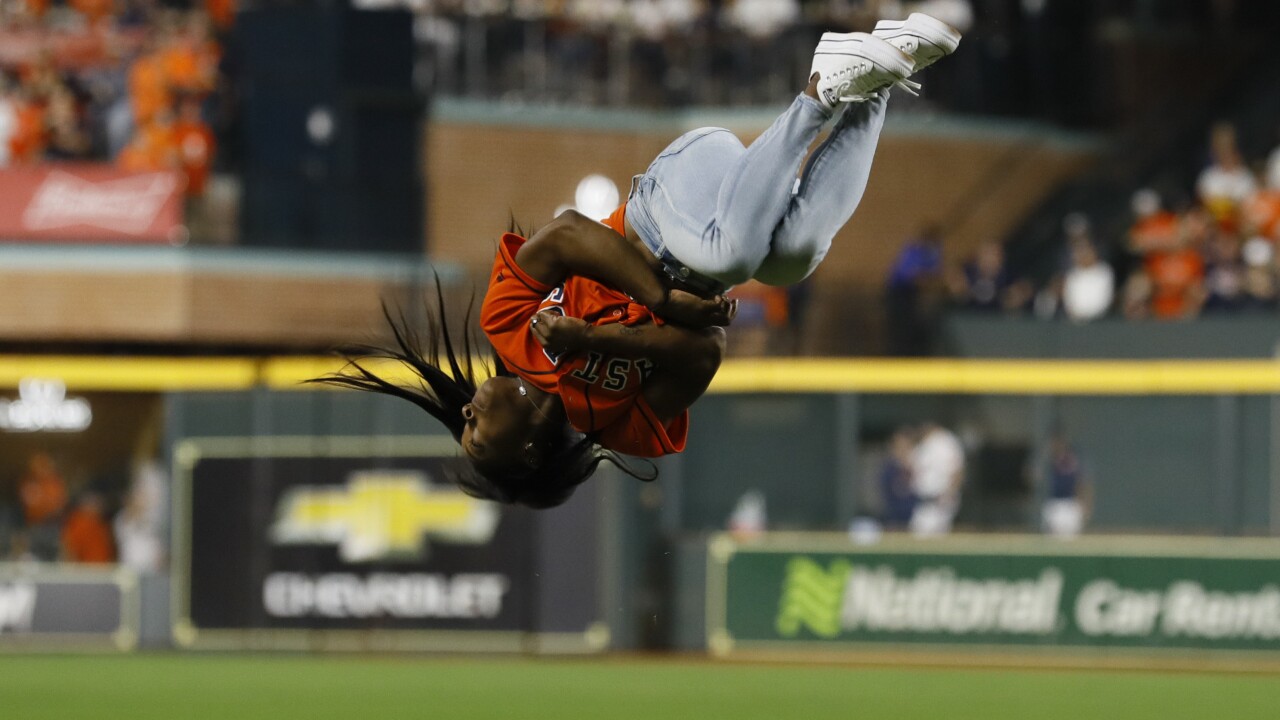 And she made it her own by adding a flip leading up to her pitch.

Biles, a Houston native, is no stranger to the mound. She previously threw out the first pitch for a Houston Astros game in 2016, where she also did a side aerial flip before throwing the ball.

The Washington Nationals lead the series after they defeated the Astros 5-4 in Game 1 and 12-3 in Game 2.

Watch the pitch below.